Fought with Mac OS over the viability of an old Firewire audio interface, and lost. Frustrated. The ES-8 would be great, if it were even available at the same time as me having the cash for it… currently neither of those is true, and I don’t expect both to be true at once for quite a while. Other DC-coupled interfaces seem to offer a lot less (fewer outputs, mainly) for nearly as much money, if not more.

What’s the feasibility of a DIY audio interface with modular-level 3.5mm outs? There seem to be some things out there for doing a class-compliant audio-in with Teensy, but my experience level with Teensy would require something very much ready to go out of the box. Failing that approach, are there any options I don’t know about (hint: I know about Expert Sleepers)?

TIA. I want to control my modular plz.

Depending on the age of the Mac and OS you’re using: what about getting second-hand MOTU interface? I bought a Mk 1 Ultralite for £150 five years ago and it’s been superb: built like a tank, compatible with El Capitan (haven’t upgraded to Sierra yet), 8 DC-coupled outputs (and the same number of inputs) which work perfectly with Silent Way, plus SPDIF in & out so you could add in an ES-4 at some point as well.

Struggled with exactly this, eventually gave up & got ES-3/ES-6. They work really well, worth saving up for in a computer/eurorack setup or in my case laboratory swiss army knife…

Before getting them I tried to modify a behringer ada8200 (the newer red one). Didn’t work - iirc that chip’s ADC has onboard DC servo correction, enabled by default in standalone mode. Think it may be possible to bypass the caps in both directions on an ada8000 (the old gray one) if you can find one, but haven’t done it…
https://www.muffwiggler.com/forum/viewtopic.php?t=52776&sid=5ce3ec19e20be503fe5aabf4e21c7ee3
http://www.inf.ufrgs.br/~johann/ada8000/

In terms of going really deep DIY - you could start with a ~ $100 usbstreamer usb->i2s converter, then hook it up to some custom pcb. Have a read of the datasheet for cirrus CS4270 (converter in the ADA8200), see if there’s a way to disable DC offset correction in standalone mode by pulling some pin high/low:


otherwise you also need to set a register over i2c in order to get DC-coupled inputs, or find a converter which will allow DC-coupled in standalone.

Bear in mind this may be a lot easier if you only need DC-coupled audio out, but I needed bidrectional, so it was a real pain…

I did some research regarding DC coupled audio out. The cheapest option I found was (somewhat rare) ESI Gigaport (the old version, not the HD+). It’s is a USB audio interface with 8 phono audio outputs. Apparently it is easy to modify it to make it DC coupled. It involves removing smt condensers from the PCB. There are articles about it online.
The interface appears on eBay every now and again for as little as 50 GBP.
I almost got one but someone outbid me at the last moment. My priorities have changed since so I haven’t really looked into it recently. But it seemed like a viable option. Obviously that still gives you just line level outs but it is reasonably simple to build a small opamp circuit to amplify them to modular levels.

Before getting them I tried to modify a behringer ada8200 (the newer red one). Didn’t work - iirc that chip’s ADC has onboard DC servo correction, enabled by default in standalone mode. Think it may be possible to bypass the caps in both directions on an ada8000 (the old gray one) if you can find one, but haven’t done it…
https://www.muffwiggler.com/forum/viewtopic.php?t=52776&sid=5ce3ec19e20be503fe5aabf4e21c7ee3
http://www.inf.ufrgs.br/~johann/ada8000/

I can see I’m going to need to work with someone more experienced than myself to do anything at all here, but: yeah, I was thinking just about outputs. (At least I think I can use my existing line-level output module to do VCO calibration; maybe I’m wrong?) But it looks like USBStreamer and an ES-3 would also be a winning combo. (I mean, it’d win me $200, anyway.)

I am still on El Capitan and have located a very affordable mk1 Ultralite… gotta say I don’t have high hopes, but I’m rollin’ the dice again! Thanks for the tip.

UAD Apollos have D.C. coupled outs. At least my Twin did when I was using it. Worked really well. Missed that you are looking for cheap or diy. Motu in that case should be great.

I’ve been wigging out about this same thing. It seems all the obsolete FireWire 400 audio interfaces output DC from the analog output connectors.

Some friends said since the connectors are balanced, shorting the negative to ground will give the positive wire a range of 0 to 9V which is close to CV.

Now with VCVRack gaining ground, I’d love to find a solution that’s a) affordable, b) does not require a Firefire port, and c) Linux-compatible.

Here’s some notes on the cabling, apparently there’s two different ways to modify the TRS connectors:

I figured it out 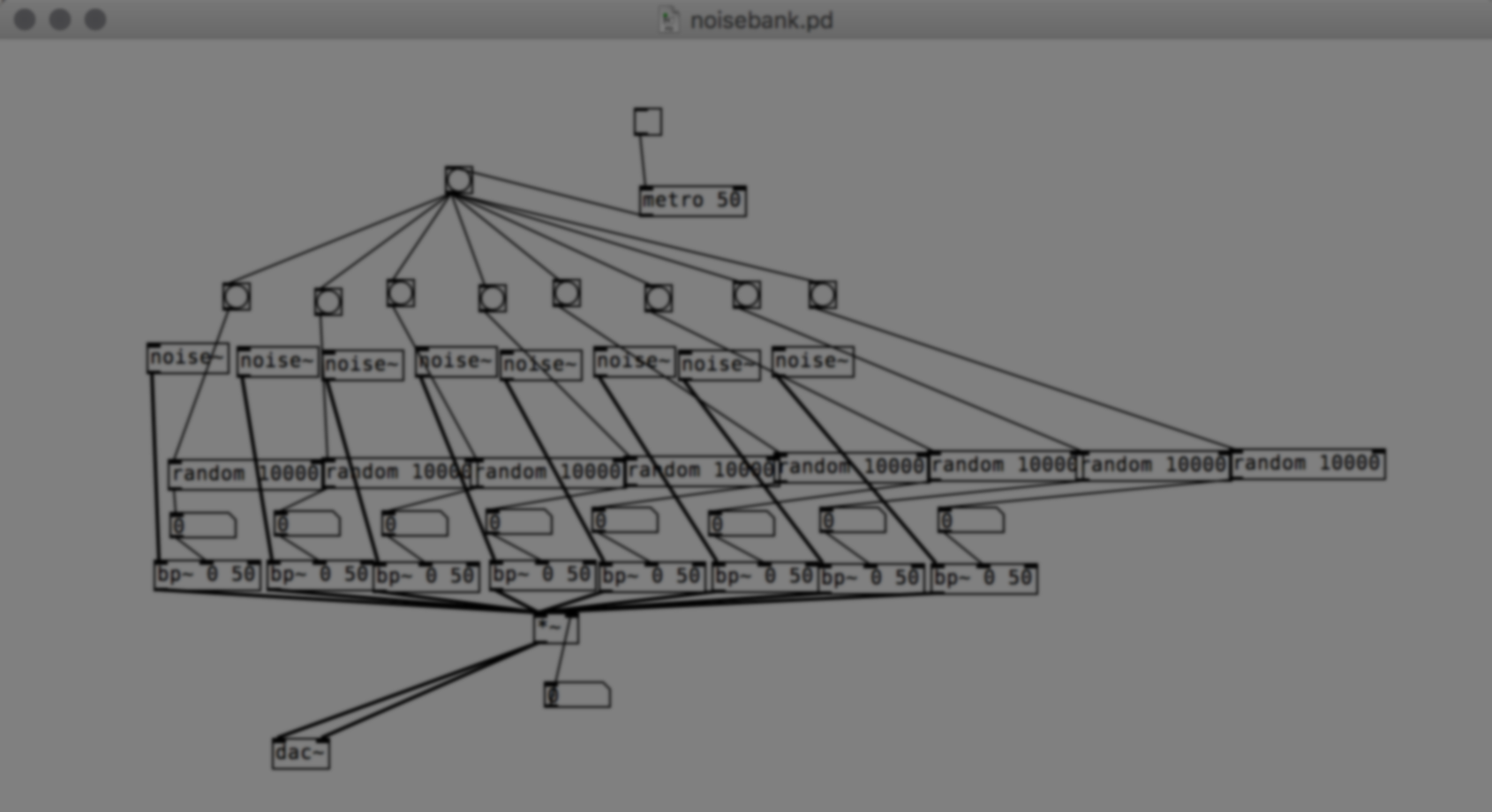 Put your modules in the computer, where they belong!

A general purpose computer running Arch Linux is a modular synthesizer. It sounded simple enough. This is how we got there.

Yeah, but a class-compliant USB interface would have more uses, PD for Android & iOS, for example. Also, I have an Organelle that works with USB audio interfaces.

just bought a 828Mk3 Firewire, then grabbed a Firewire to thunderbolt converter and works fine.

I havent tried sending CV out, but the difference between second hand (boxed and with all documentation/cables) FW and a new thunderbolt 828 was about £700

There’s the Ultralite Mk3 but it needs MOTU’s drivers.
http://motu.com/products/motuaudio/ultralite-mk3

The Ultralite Mk4 is usb class compliant but don’t know if it has been tested for DC coupled outputs.

There are certainly way more (cheaper) options if you go with an old firewire interface.

Alternatively, maybe look into one of the Expert Sleepers ADAT based modules (ES3 is pretty cheap second-hand these days as everyone seems to want the ES8) in conjunction with the USB Streamer which has Linux drivers.
https://www.minidsp.com/products/usb-audio-interface/usbstreamer

can confirm the usbstreamer & ES3/ES6 is a workable solution under linux to interface ADAT soundcard. You need access to a windows box (maybe mac would work) to update the driver firmware for ADAT mode iirc.

The ES-8 will allow you to skip the USBStreamer and uses less HP/costs less than the ES-3/ES-6 combo. I kind of wish I had gone that way, but the ES-8 had just come out when I bought the ES-3/ES-6/USBstreamer second hand.
http://www.expert-sleepers.co.uk/es8.html
Class compliant, works on Linux.

I’m on the fence right now about whether a DC-coupled audio interface is even the right thing for controlling modular (or CV-enabled guitar pedals) from a laptop. This kind of setup is just amazing for lab use though - you can build one heck of an audio-band scrolling storage scope on linux/openGL.

On the other hand a monome-serial-ish CV output could be made hot-pluggable from linux laptop like a grid. You could send pairs of numbers [CV-level, slew-rate] as OSC messages or similar.

The aleph may eventually fill this if CV-DAC driver issues can be surmounted but I think it could also be done with a teensy. Yanking USB soundcard on low-latency jack is a sure recipe for weird hard crashes…

Thanks for all the suggestions – I think ES-8 fits the bill best, but I’m also surprised there are no cheaper options around. I suppose with VCV becoming more popular, more choices will surface. 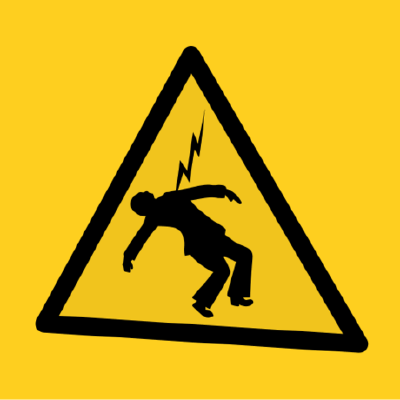 As a non-performing musician, I’m curious why that bill is the best fit. I have a studio setup, which was in the video but I haven’t moved it from that space. Why would a obsolete but functional firewire 19" rack mount interface be less interesting than a USB class compliant interface?