A cartesian sequencer for norns, grid and crow. 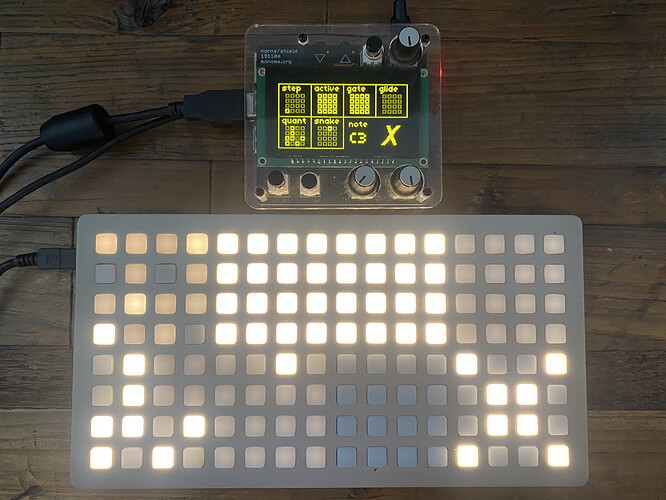 A sequencer for crow inspired by Make Noise’s Rene v2. Still very much a work in progress and there may be several bugs. PRs welcome. This is the first norns script that I’ve shared so feedback is appreciated. 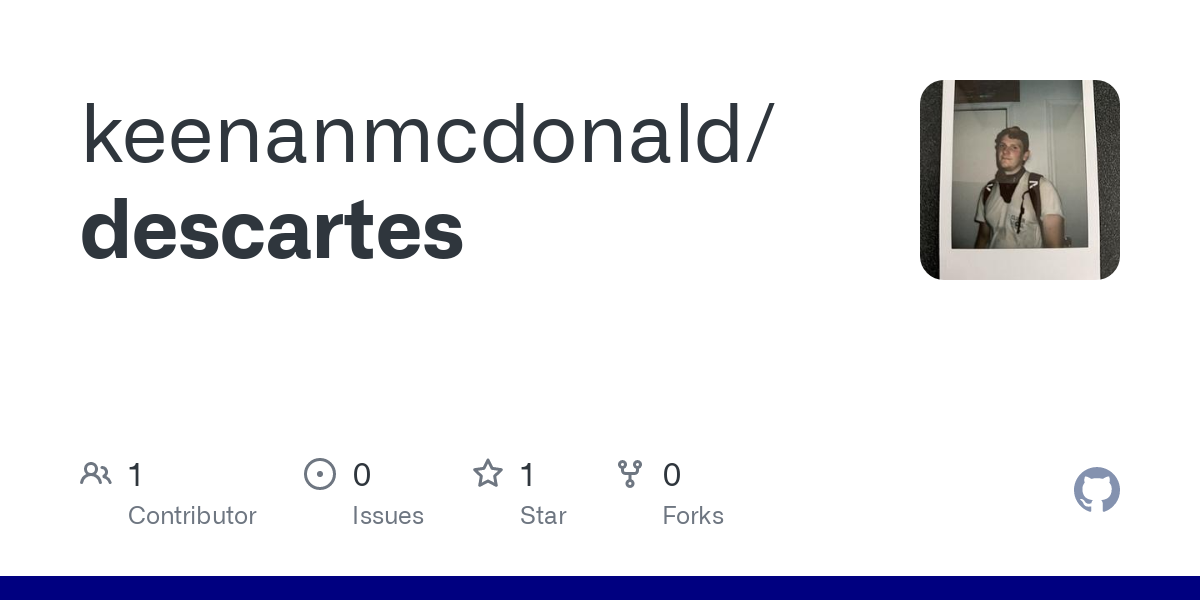 Contribute to keenanmcdonald/descartes development by creating an account on GitHub.

hah, a while ago i started a similar project with the same name but never made much progress with it! glad to see something like this, excited to play around with it.

This looks amazing, hopefully I’ll find time to try it out this weekend!

Seriously though, midi would be ace!

Awesome, I hear y’all. I’ll spend some time with it this week and see about adding midi!

Lol i did the same thing

For the past weeks I’ve thought about buying a Rene v1 to record some melodies into my Nerdseq but this might be a good replacement!

Congratulations on releasing this script it looks awesome

Edit:
I installed the script and I’m getting this in Matron and a “error:init” message on my Norns Shield

edit2:
OK figured it out!
It seems that the loaddata() function call in line 93 is loading something that doesn’t exist!
I commented it out and the script was able to load but I guess that the side effect is that the state of the script doesn’t persist between restarts. Might be a solution to have a “descartes_save_state.txt” included with the install?

Ok, MIDI output and internal clocking is now live! The script is now no longer so heavily reliant on crow. I also took care of a couple of bugs (thanks @hallmar for bringing the loadData issue to my attention).

There may still be bugs that I haven’t found so please let me know if you encounter anything. Also, I don’t personally use MIDI much in my own workflow so I’m open to feedback on the implementation here.

Has anyone been able to use this with the neotrellis grid? Mine freaks out as soon as the script starts. 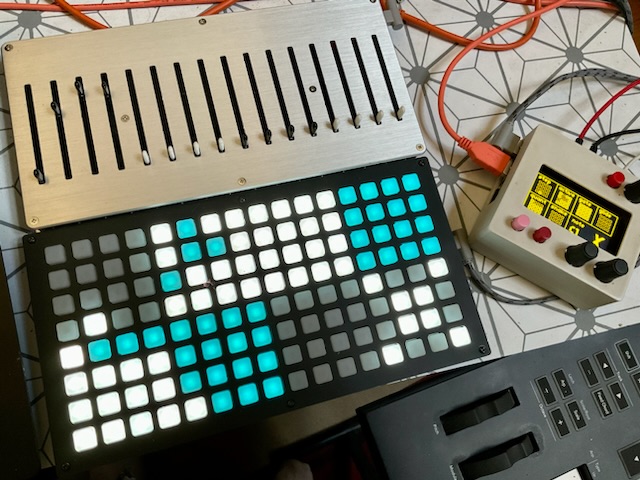 Hmmm, maybe I need to check my firmware tomorrow. I get this on my Fates, same result using pi powered or the offworld for power.

watching your video I´m pretty sure your problem is for not enought juice. Descartes have lots of lights on at full bright,. I had some problems with the neotrellis until I tweaked the firmware for lower brightness (and comsumption!)
Try this firmware: DIY monome compatible grid w/ Adafruit NeoTrellis - #1237 by Klinik
and let me know if it works!

Definitely the problem, I just installed the latest firmware and tested with test-grid.maxpat… can light everything up to about half brightness before it glitches out. Do you have the files so I can build by own hex? I have non-standard neotrellis jumper addresses.

Yes of course! Pming you!

Ow man this looks so nice.
I was once busy with a pressure points/0 cntrl inspired app and unfortunately left it because of an illness that came up. This inspires me so much to pick it up again. And of course im definitely going to try this

not sure, what the problem is, but after a couple of minutes descartes completely locks up my shields. Didn’t find out yet, why this happens, but it seems to write a lot of psets

Hmm good to know, I’ll try to take a look in the next few days and see if I can reproduce - thanks for bringing it up. I developed it on a shields and didn’t run into this problem previously. Do you know what firmware version you’re running?

Thanks I am running on the most recent firmware. I will disable mods and see if anything changes

EDIT:
Switching off mods seemed to work. Haven’t it tested thorough though. Will try to give it anpeilet Testbilder the weekend to find out, which mod leads to the crash