Four years into eurorack so far and I’ve come to the conclusion that perhaps it’s not the right medium for me. What initially led me into it seems to now be why I am about to sell my modules… the endless possibilities of combining things, constant development of new things, the ease of swapping modules etc. I am more contained with closed systems, with limited features. That’s why music easel clone has gotten much more love than my various euro cases.

So that is why I’m curious to learn about 80s/90s “affordable” digital synths… it’s totally a new horizon for me. I enjoy some of Pulse Emitters and Celers recordings and I believe both of those artists use some digital synths as part of their sound (among other things).

So any recommendations from this category? I know DX7 of course, but I am intimidated by it and maybe there’s something easier and less cryptic synths to start out with? Hidden and underrated ones?

So that is why I’m curious to learn about 80s/90s “affordable” digital synths… it’s totally a new horizon for me. I enjoy some of Pulse Emitters and Celers recordings and I believe both of those artists use some digital synths as part of their sound (among other things).

So any recommendations from this category?

Are you looking for a keyboard synth or a rackmount?
How would you be using the new gear? In conjunction with what else?
Do you want large numbers of presets to play or to work to make your own sounds?
Single parts or multiple parts?
Lead sounds, basses, or pads?
What’s your budget?

If you don’t mind the buttons and single slider interface, a lot of Ensoniq synths are incredibly deep synthesis-wise and great sounding while still being reasonably cheap. As long as you’re not trying to use the on board sequencer they’re relatively intuitive to use. Some even have features you rarely see in modern synths like polyphonic aftertouch.

Oooh I’m a big fan of machines like this, mostly for textural work. Most of them have a basic subtractive architecture that you layer several times and are pretty easy to wrap your head around (ie a single voice can be 4+ independent layers of PCM > Filter > Amp plus the usual modulation sources).

A few I’d recommend checking out:

Kawai K4: These can found for quite cheap and are very capable machines. They have their own sound to them that I’m very fond of. Nifty and somewhat nasty digital filter.

Ensoniq ESQ1 and SQ-80: These are definitely “on the radar” and are often overpriced. Similar to the K4, but with a proper analog filter, and a much more powerful collection of modulation sources (3 LFO’s and 4 Envelopes per voice). That new ASM Hydrasynth strikes me as a contemporary reimagining of these beauties, particularly the physical button matrix for selecting different elements you want to edit. The SQ-80 gives you more waveforms and polyphonic aftertouch via a very noisy clackity-clack keybed.

Ensoniq VFX/VFX-SD/SD-1: Updated all-digital versions of the ESQ-1/SQ-80. They lose the analog filter (and filter resonance) and feature less modulation options per voice, but you get a collection of wavetables, some rough effects, and a very deep architecture (a single voice can have up to six independent layers). There’s a great demo that Pulse Emitter made for the VFX out there…

I know DX7 of course, but I am intimidated by it and maybe there’s something easier and less cryptic synths

If you want some good FM sounds, I would recommend a Volca FM. It is inexpensive, easily editable, and, if I’m not mistaken, can load DX7 patches.

I’m pretty much open to both rack/with keyboard, but perhaps would prefer rack ones to save space.

Not sure yet even with what I would be using it with… I am hoping to have it to generate textural things, mix it perhaps with some field recs… got Lorre-Mill stuff and music easel clone… so in my head I’d love to dig into some clear and clean digital sounds for a change.

One name I didn’t mention in the first post was I really love Pauline Anne Stroms music, and I think she used mostly DX7 (multiple of them).

It would be great to be able to create own sounds with it.
Budget wise I’m thinking of less than 1000€.

if you get a volca FM/DX7, there’s this handy site that’ll allow you to program patches in Chrome if you have a MIDI interface. cuts out all the menu diving. https://synthmata.com/volca-fm/

The all digital Ensoniq synths are definitely the sleepers value-wise. The only glaring omission is lack of resonance on the digital filters. I think i remember hearing they left it out because high resonance filter sounds were perceived as cheesy at the time which is sort of hilarious. More odd still is that they did include wavetables that emulated the sound of high resonance filter sweeps.

Ooh okay based on this response I’d also recommend you check out the Yamaha TG-33! 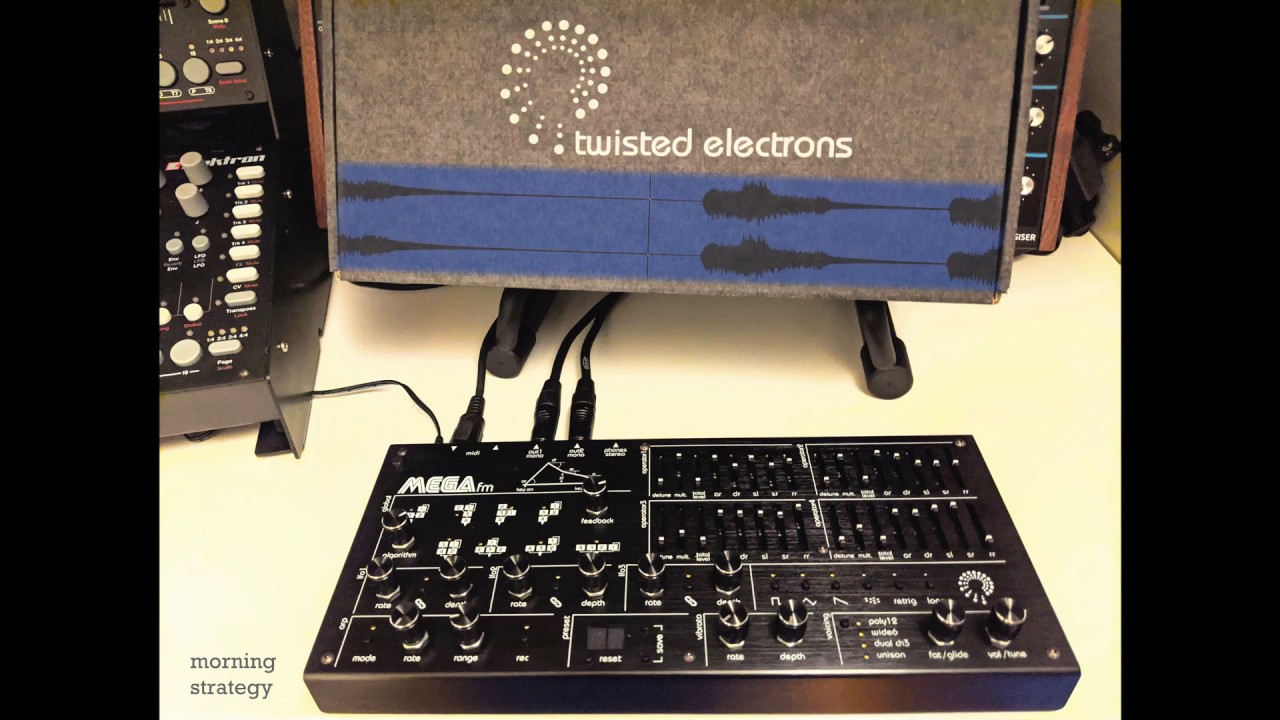 You can always run it through a LPF or EQ to tame some of the harshness. Very easy to program though.

Digitone is great for fm sounds.and greater when you use a sequencer or daw that you can LFO some of its settings as its hard to make changes live to lots of 80’s and 90’s fm synth as they are more just programed then play. i also have a DX200 with has a DX7 inside of it but you need to use software to get the full control over the DX7 stuff…I programed some of brian enos dx7 programs into it pretty easy.

not from the 80s or 90s but capable of a lot of those sounds… I’d toss out the suggestion of the Blofeld. they’re compact or you can get the full keys, you can replicate the microwave/PPG sounds if you are after that, they are easy to find and inexpensive and less likely to have maintenance problems, editing and architecture is super easy, no sequencer but pretty advanced arpeggiator, the mod matrix is super easy to figure out and pretty extensive, good polyphony/multi mode, can use a software editor if you prefer… with 3 osc (2 wavetable) and 2 multi-mode filters per voice with lots of FM options it can be a simple or as complex as you really want to make it. the main thing a lot of the other 90s rack synths have over it to me is its only stereo out. Waldorf keeps cranking out these expensive wavetable machines now always with stereo out, but if they basically made a 6 or 8 channel version of the Blofeld even with no other significant updates I’d be all over it.

its amazing what you can still get a single VCA voice to do with some creative programming.

that said if you want to go classic as others have said those Kawai synths sound great, and I’m also a big fan of the EMU rack units.

If you’re after a keyboard, you could do a lot worse than the Roland JD-800.

It’s basically a souped-up D-50, with hardware controls for everything.

100% digital, but sounds great, and the user interface is really good for a synth of that period (early 90s).

I had one briefly in the late 90s, bought 2nd hand.

It arrived with a fault with the cutoff frequency control (it clearly hadn’t been well looked after by the previous owner).

I sent it back to the shop for repair.

The shop eventually issued a full refund, and I never saw it again.

I guess they must have botched the repair, and trashed the whole synth.

I’ll second this, the blofeld is unapologetically digital and probably more affordable than the vintage stuff at this point. When I was using mine more, the software editor sped up programming pretty significantly. I love the mod matrix on that instrument.

after falling in love with my volca FM paired with Dexed, I went looking for a controller keyboard that had an onboard FM engine. checked out the DX7II but ended up with an SY99. it is amazing and I would highly recommend one. it is basically two (or four?? it’s only spent a week here) DX7 engines at the same time or it has AFM waveforms which can also be straight samples. if you don’t need the keys, there’s a rackmount version. i could spend as much on one of these as any one make noise module.

I also love Blofeld. The randomizer works so incredibly well on it for making really experimental / innovative patches.