Each Thursday in the Disquiet Junto group, a new compositional challenge is set before the group’s members, who then have just over four days to upload a track in response to the assignment. Membership in the Junto is open: just join and participate. A SoundCloud account is helpful but not required. There’s no pressure to do every project. It’s weekly so that you know it’s there, every Thursday through Monday, when you have the time.

These are the instructions that went out to the group’s email list (at tinyletter.com/disquiet-junto):

Please pay particular attention to all the instructions below, in light of SoundCloud having closed down its Groups functionality.

Big picture: One thing arising from the end of the Groups functionality is a broad goal, in which an account on SoundCloud is not necessary for Disquiet Junto project participation. We’ll continue to use SoundCloud, but it isn’t required to use SoundCloud. The aspiration is for the Junto to become “platform-agnostic,” which is why using a message forum, such as llllllll.co, as a central place for each project may work well.

And now, on to this week’s project.

Step 1: This week’s project is a remix. The following three tracks are available for creative reuse thanks to a Creative Commons license. Please download them and extract the specified source segments:

Use the first 20 seconds of “The Station and the Underclass,” performed by the Phonetic Orchestra, released on the Insub. netlabel based in Geneva:

Use the first 20 seconds of “Cloud Scissors” composed by Lo Wei; performed by Cristián Alvear, Santiago Astaburuaga, Gudinni Cortina, and Rolando Hernández, released on the Impulsive Habitat netlabel based in Portugal:

Use the first 20 seconds of “Zraerza,” performed by Geeksha Beka and Berio Molina, released on the Alg-a netlabel based in Galicia:

Step 2: Create an original piece of music based on the source audio from Step 1.

Step 1: Per the instructions below, be sure to include the project tag “disquiet0244” (no spaces) in the name of your track. If you’re posting on SoundCloud in particular, this is essential to my locating the tracks and creating a playlist of them.

Step 3: This is a fairly new step, if you’ve done a Junto project previously. In this thread at llllllll.co post your track.

Length: The length is up to you. Around three minutes seems like a good length.

Title/Tag: When posting your track, please include “disquiet0244” in the title of the track, and where applicable (on SoundCloud, for example) as a tag.

Linking: When posting the track online, please be sure to include this information:

Image associated with this project is by Thomas, used via Flickr and a Creative Commons license: 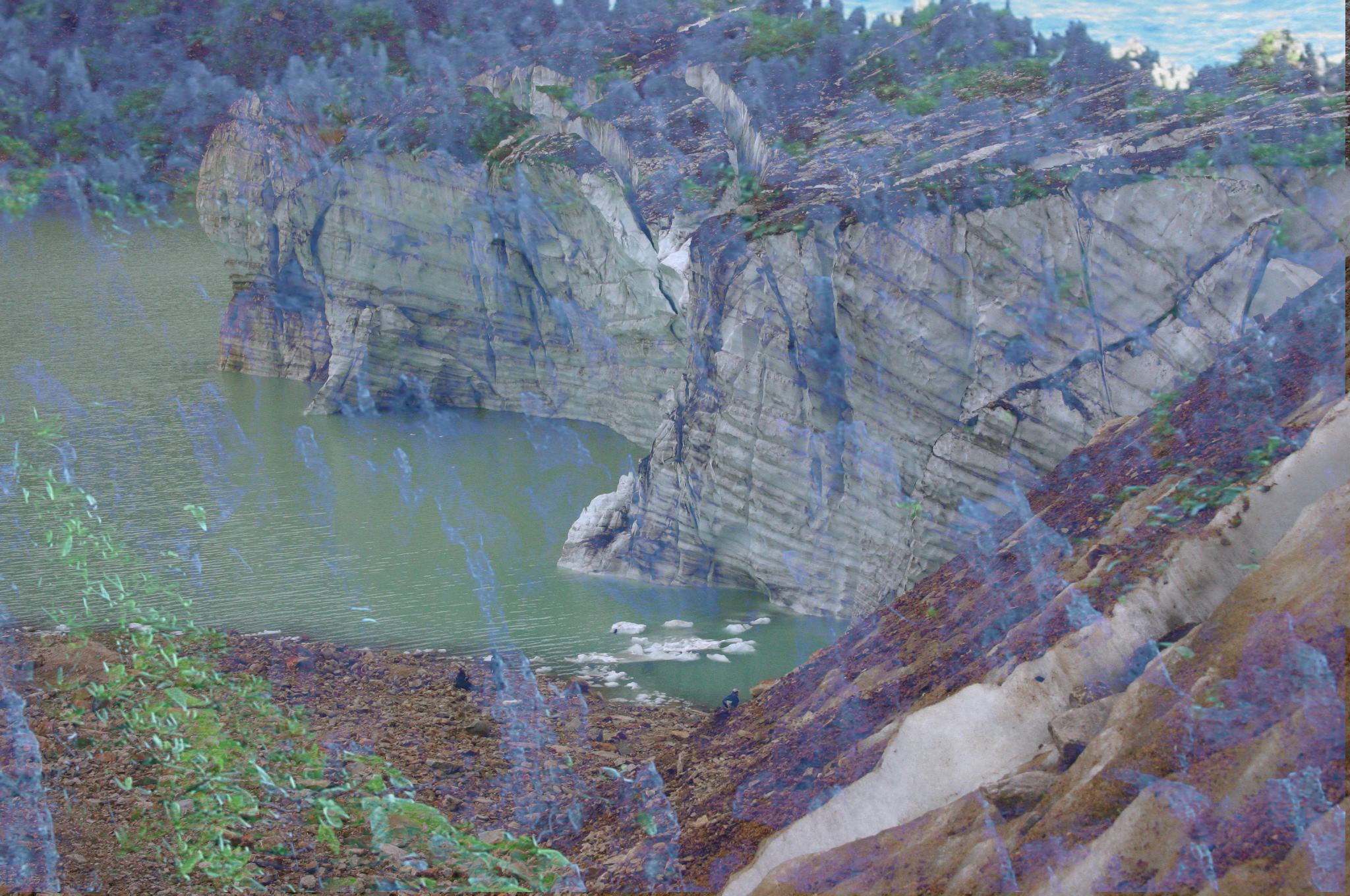 i loaded each piece into a separate track in the mangle took the pitch right down low for the zraerza piece, and fiddled wth the envelopes and LFOs, and edited the % of each track so it was only 20 seconds played. one of the tracks needed 1.234567% played which i liked and that inspired the improvisation: i hit record without listening to the tracks , hoped for the best, and adjusted on the fly (hence the volume changes)

Audio Obscura - Disquiet Junto #0244
https://soundcloud.com/audio-obscura-music/arlo3-disquiet0244
(the title is because my son Arlo is three today!)

On first listen the three tracks were very intriguing for a remix attempt. The first thing I did after getting the first 20 seconds of each track loaded into Ableton was to extract the Midi information from
the track ‘Zraerza’ (performed by Geeksha Beka and Berio Molina). This is what created the piano you hear in this track, I was really pleased with this and it formed the basis of the track. I added various effects
to give it the sound you hear on the track. The other two tracks I loaded into drum racks and edited small sections and also created loops with various warped effects. After an hour or so of jamming around making further editing and refining to the samples I had about 3 or 4 short bits which sounded quite nice but these changed each time I messed around and played them back, I noticed the different pieces didn’t
always fit together.
Anyway and despite this I then hit record and just jumped around on the various sections I had laid out in the session view of Ableton, it was in no way seamless! After that I spent another
hours or so editing the arrangement and that was it really, its still got a few clear different sections but fits together well (I think) as one piece of music.

I mostly worked on each track while waiting for the next to download. The Zraerza Track was first. I first had to lower the frequency so I would’t get a headache. This 30 step lowering made the first 20 sec very long. The Phonic Orchestra was very long so I compacted about 10 mins into 20 seconds and did some crossfading on it. The Habitat piece I did the same to but lowered 4. It had a real machine sound to it. So I titled it the “Unwelcome Maschine”. I figured Trump or a future version of him could use it to “unwelcome” people he doesn’t want around.

After editing, I loaded the tracks into Samplr on my iPad. The tracks were doubled for effect and then I worked my usual magic and recorded out a live stream. Editing on the ends, and a dash of extra reverb.

Hey Hey Hey, Literally took the first 20 seconds of each track and played them on top of each other and read the Marilyn Chin poem on top. I used convolution reverb wet/dry fading for roughly 20 sec to make it rise and fall.

Took the first 20 seconds of each origin track, sliced/altered two segments from each of those to create six stems in total.

‘Played’ the core of it in Ableton Live, treated it a little after that.

sorry, no description available at the moment

Production Notes
Back to my new addiction (and it’s becoming one hell of an obsession), my modular.

The Makenoise Phonogene behaves like a monophonic tape machine - you can record „tape“, „splice it“ and then play the material by applying modulation, alter starting points etc. It’s a great tool for making Musique concrète. I recorded snippets from the three Netlabels tracks into the system (you can hear the result at the beginning)… and started tweaking.

This is where „Cloud“ from Mutable Instrument comes in. It‘s a stereo granular effect processor. I adore granular, especially when the sound is getting lush and creamy - and this module has some great sonic qualities. Whenever I found a bit i liked, I froze the audio, moved from „tape“ to „grains“… and repeated the process.
https://soundcloud.com/analoc/grain-concrete-disquiet0060-audiobio

I used short excerpts from “The Station and the Underclass” and “Cloud Scissors” and looped them to create a background ambience. Over this I did a bit of improvising with the “Zraerza” track in Samplr using ‘tape’ and ‘scratch’ modes.

Created with Samplr, edited with Audacity.

More on the Disquiet Junto at:http://disquiet.com/junto/

Image associated with this project is by Thomas, used via Flickr and a Creative Commons license:flic.kr/p/92xKFZ

Happy Friday! Here is my 2 bits(bytes)…or something

I got the email with links, not a good start with iOS, but Dropboxed everything and started to listen to the source material. Oh boy…where to start with 20 sec of room, 20 sec feedback and 20 sec of I’m not sure. Epiphany! Feedback like that could only come from two places- Jimi or 70’s punk rock! Since I can’t play guitar it was punk, gritty dirty punk! Let’s set the scene- local high school gymnasium talent show, noisy ventilation fans due east, sparse uninterested crowd and three guys with four pedals and five chords??? Lyrics to sing along:

https://soundcloud.com/richardfair/comfort-zone-bypass-disquiet0244
The great thing about the Disquiet Junto is that you really don’t know what to expect. The excitement of the email dropping, the anticipation of what task has been set and, occasionally, like this week, the joy listening to the supplied samples to work with.
I have to admit, this week my heart sank a little (and my head hurt a lot). I felt cast adrift in a sea of feedback and noise with nothing but my trusty Ableton oar to get me back to shore.
I’m a gentle soul so I wanted to tame these wild beasts sent from afar.
For “The Station and the Underclass” and “Cloud Scissors” I simply slowed them down.
For Zraerza I also added some tremolo, wahwah, a whole lot of EQ and dropped the frequency by 70% and the pitch down 20 semitones.
Playing them back together sounded fine but it needed something extra so I improvised on keyboard and then duplicated that into some female vocals.
Not my greatest piece of work, but loads of fun to do!
Source tracks:
“The Station and the Underclass,” performed by the Phonetic Orchestra, released on the Insub. netlabel based in Geneva:
insub.org/insub44/

“Zraerza,” performed by Geeksha Beka and Berio Molina, released on the Alg-a netlabel based in Galicia:

“The Station and the Underclass,” performed by
the Phonetic Orchestra, released on the Insub. netlabel based in Geneva:

“Zraerza,”
performed by Geeksha Beka and Berio Molina, released on the Alg-a netlabel
based in Galicia

i just playe dmy black stratocaster with an eBow.

01:47 The
Station and the Underclass + vox continental (organ) drone

More on the Disquiet Junto at:http://disquiet.com/junto/

Image associated with this project is by Thomas, used via Flickr and a Creative Commons license:flic.kr/p/92xKFZ

Here;s my contribution to the latest project. I created 4 tracks of each peace. On some tracks I did very little but on others various filters where applied, such as stereo echo, resonant filter swept with a Lorenz fractal, reverb, multiband EQ, pitchshifter, diode processor, crossover distortion, and a few others.

Rhythm and bass created from clicks in the first 20 seconds of “The Station and the Underclass,” performed by the Phonetic Orchestra, released on the Insub. netlabel based in Geneva.

Hello everybody, here’s my track

Aaagh that was difficult material. I didn’t really want to do anything to it, but then an amplitude-controlled varispeed version of Zraerza suggested a kind of shortwave radio mix so i got sidetracked by morse code which got all a bit paranoid so i then threw it out in favour of this simple gated mix. Each source is gated with a different rhythm on a different cycle and then each goes through some funny IR reverb. everything done in Logic 9 except the varispeed in Max.

Sorry, couldn’t get the embedded player to work here, newbie me.

just make sure you leave blank lines before and after the link. then it should work! ps. nice track!