I was fiddling around with a noise machine–one of those things that does white noise, rain sounds, thunder sounds, etc–thinking about circuit bending but first I thought I’d try running it thru a sampler/effects box to see what I could cook up. Turns out the “Rejuvenate” setting produces some alternately soothing and creepy sounds! Great fun–I could do a whole gig with this rig, man. Thanks Brookstone!
Brookstone “Relax, Sleep, Renew” soothing noise machine into Korg Kaoss Pad. (See the picture)The Brookstone is on the “Rejuvenate” setting hence the title. 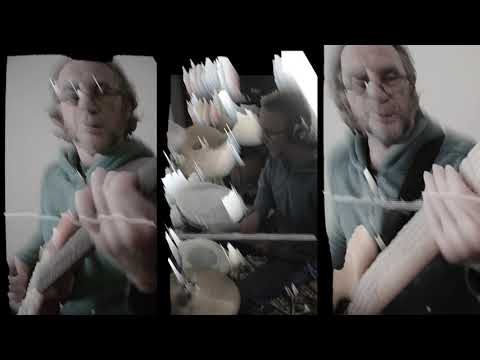 For my balancing act with Goldilocks I’ve turned to recent recordings, which included a MIDI guitar part that sounded a bit atonal.

made a patch in max/msp that layers 32 voices of fm(with subtle changes over variation arranged consecutively across voices using certain mathematical relationships).
the index of modulation in fm can often create that wide range between discomfortingly harsh noise, and pleasing harmonics. in this track, by controlling the modulation index in subtle ways, the sounds go between dissonant chaos and pleasingly arranged harmonics, feeling much like drifting in and out of a comfortable ‘goldilocks zone’ of harmonicity.

In search of an alternative earth, site one is too cold. Site two is radioactive and home to strange beings with advanced starcraft that have the ability to shut down the ship engines. Finally a new home capable of supporting human life is found… in the goldilocks zone.

A series of multi-layered drones. Site two is comprised of three layered drones from Norns script Dronecaster which is also layered with Haven for Norns. Sanctuary is reached at the third site represented by sound from virtual ANS.

EDIT woke up this Sunday morning with the certain certitude that my track was lacking a ukulele part. (George Harrison would claim that every track needs an ukulele part)… so I updated my mix FWIW

I made a parallel accompaniment for a discarded quena (south-american indian flute) performed years ago by my friend the great Luis Rigou.
Completely removed the old acoustic tracks/accompaniment and made a “comfort” one ( a tame groove of pizz strings samples and upright bass C minor pentatonic) and an uncomfortably one (C diminished performed on dystopian orchestral samples and a different flute performed on a different key)

The final mix goes back and forth from the comfort and the disturbing track.
Love

The human brain processes emotion by categorizing all input according to two responses: sympathetic and parasympathetic (i.e. “fight or flight”). Imagine a graph with two axes: one axis representing a state of stimulation (from excited to calm), the other depicting stimuli as being negative or positive.

In his book The Man Who Lied to His Laptop, the late Clifford Nass refers to these two plots respectively as “arousal” and “valence.” Whether an emotion makes us feel angry, humiliated, serene, jubilant, frightened or something else, the brain’s job is to determine what level of valence or arousal is appropriate for a given situation. Although Nass’s book doesn’t go into the Goldilocks Zone as such, the author does explore how the brain constantly resets itself chemically in an attempt to keep us “just right.”

For this weirdly industrial-sounding piece, Suss Müsik attempted to capture the polarities and nuances between valence and arousal. The main pounding riff (the “arousal” side) was created with a pitch-shifter applied to acoustic guitar. The “valence” side is an analog synth wash combined with audio scans of two-dimensional artwork. The two sides meet somewhere in the middle, thanks to some liberal digital-delay phasing and a Ditto looping pedal.

The piece, entitled Nass, was recorded live to 8-track with no overdubs. The image was created by visual artist B.G. Madden.

Using my modular I played with dissonance, slight distortion, rhythmic deviations, and voicing to mimic the space between hospitable and inhospitable. I sort of envisioned floating slowly in space between these areas.

Surface, Plaits, and Rings for other voices.

Some of the sounds remind me of being deep in the parameters of the DX100 a long time ago. This is far more sophisticated though.

Using noise, distortion, etc., I’ve played with sounds that, to me, are on the brink of annoying, but survive in the sweet spot between noisy and musical.

For those curious, I’ve included a small loop created on Polyends’ tracker. some Spitfire chamber samples and 8Dio choir. I’ve had fun with adding isotopes Trash 2 and SoundToys decapitator on a lot of stuff - and I’ve tried to glue stuff together with Valhallas EXCELLENT free reverb.

Thank you, again, for an inspiring challenge. Take care out there!

Hey All, Happy Halloween. I started with the Addams Family middi file. I did 2 versions with different plug ins. The one that is just right takes loops from another version and turns into Nemesis by Shriekback. I am posting the video for that one in case somebody wanted to check it out and it is great for Halloween. IMO it has one of the best choruses ever.Hope all are well. 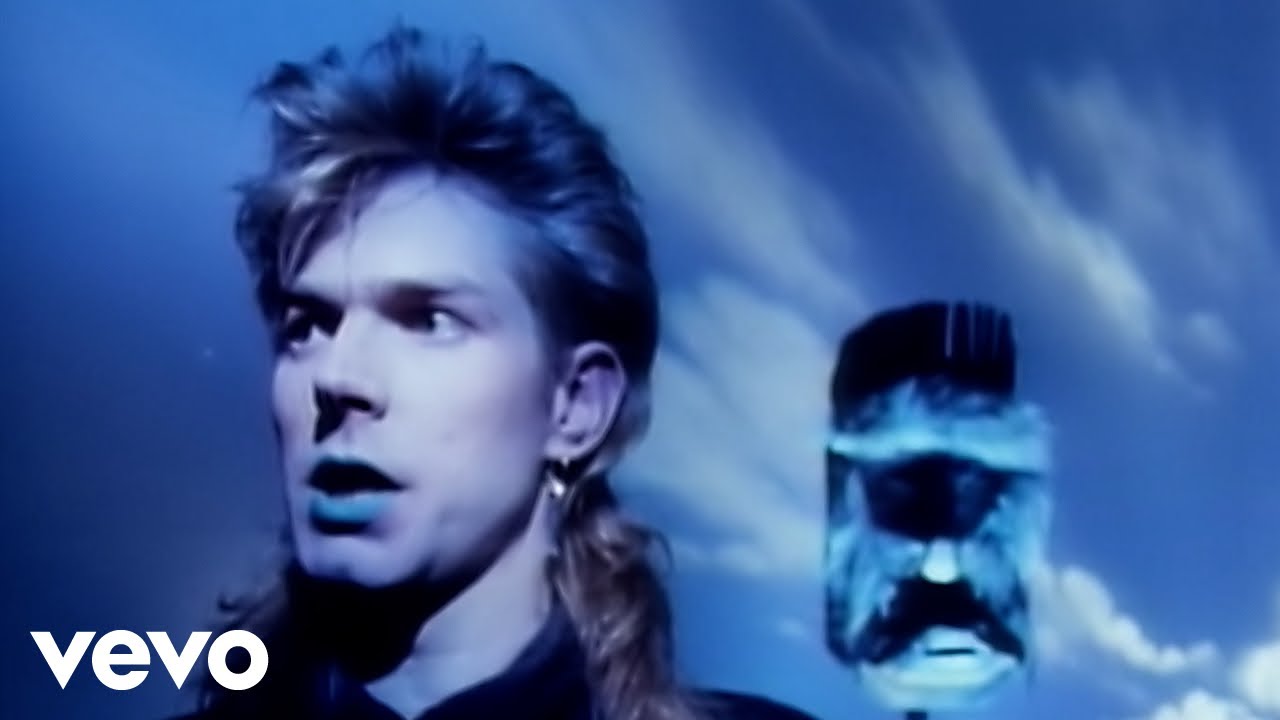 It’s a little bumpy ride before we enter the Goldilocks Zone. But IN THE ZONE everything feels great. Easy. C major. Simple. At home.
Made with hardware – my laptop

and a pair of head phones (with built in mic).

@Hawthorn and I signed up for Inferno, a project by Cities and Memory to illustrate Dante’s Inferno in sound. The deadline for it is tonight so I obviously spent the last two days on my submission. This Disquiet Junto project influenced the piece a lot so I think it fits both projects. Let’s dive in.

Ptolomea is a part of the Ninth Circle of Hell, holding those who betrayed friends or guests. Their souls descend immediately to hell and their living bodies are possessed by demons when they commit these acts. The sinners cannot weep because the tears freeze in their eyes. Thus, their grief has no outlet in tears, and so the grief turns inward and increases their agony.

Ptolomea is a section of a frozen river in the underworld. My soundtrack illustrates this cold and damp. I used synthesizers instead of going for natural sounds to deepen the sense of desolation. There’s a feel of dread but there are no audible screams or cries as the grief and agony of the sinners frozen in the river is internal. Occasionally the viewer’s attention is turned to a particular detail in sight but ultimately there is no end to the anguish. The song ends abruptly as the viewers notice the banners of Lucifer and move onto the last section of Hell.

Disquiet0461
Goldilocks Region
• Key: Ab BPM: 110 and 120 Time signature: 5/4 and 6/8 DAW: Reaper
• Instruments: Synths, Sampler, Drums
• Plug-ins:Analog Dreams, Reaktor Rounds, Polyplex
• with nearly 500 exoplanets under their belts, astronomers still haven’t found an Earth-size planet in a star’s habitable zone—also known as the Goldilocks region, where things are not too hot, not too cold, but just right for life.— Michael D. Lemonick
• First part of project is the inhospitable world and the second part is the hospitable world or the goldilocks zone

Feels like a trip through unfamiliar land. There’s anxiety and dread but also strangely some peace in the routine, maybe even wonder.

I like how this travels between the comfortable and uncomfortable but never crosses the line of being internally cohesive and ultimately satisfying to the listener. Good job as usual, Daniel.

Very illustrative. Fight or flight indeed since it reminded me of a chase scene from some '80s movie. Or maybe it was a fight scene? Ha, exactly.

Musically this reminds me of Oxygène 11 which incidentally also feels like a chase scene. Similar steady rhythmic component paired with synth pads and flutter/Doppler.

I appreciate the two axes analogy, I will be definitely using it from now on.

All in all, very nice work. One piece of feedback I’d have for this is that the track is itself a little on the quiet side. A little bit of multiband compression + limiting would go a long way on this.