Sounds fantastic and nothing like my assumptions about this instrument, super intriguing.

The start of your track sounds like a soundtrack to some early Aronofsky. But the more we slow it down, the more it’s pleasant. The turning point is at around 1:30 I guess, it’s rather easily to tell due to the helpful bass drum. The reverb takes over and by 3:00 it’s mostly ambience. Feels like the reverb is also pitching downwards? Around 4:00 the oscillators sound like creatures.

I wonder how this would sound like if with the increasing reverb wetness you decreased the dry signal in the mix. In my track for example only the lead has any dry signal at all.

I wonder how this would sound like if with the increasing reverb wetness you decreased the dry signal in the mix. In my track for example only the lead has any dry signal at all.

Yes, I did this to some degree but it might work better taken further, good call.

In honour of this momentous, protracted and horrendous week, I decided to take up my electric guitar, channeling days of anxiety into a short improvisation where I force myself to slow down.

There are key two aspects to the improvisation: the rolling action of my right hand and fingers, and moving my left hand from the top of the guitar neck to the headstock.

The guitar is tuned to modal G (CGDGBE) and I used G as the point of reference for my left hand as it descends, making notes corresponding to the root and constituent notes of a G major scale more apparent.

I’m running the electric guitar through a short delay with a bit of reverse repeat on it to leave vanishing traces of the previous notes/actions.

The improvisation was trickier than I thought and took several takes to get a version to my satisfaction.

This is Arturia Pigments, Klevgrand Hillman and Klevgrand Skaka being slowed from 200bpm to 20bpm before fading out completely. The three are processed through AudioThing’s Wires and Waveshaper’s Echo Cat for some distress and warble. The Skaka track is doubled before passing the original tracks through Eventide’s Physion. Then all tracks are passed through Puremagnetik’s Pastfabric and finally Eventide’s Blackhole.

@RPLKTR Yours is outstanding. I saved it on YouTube.

@wasabicube I loved the vibe on yours!!

I think this might actually be my first submission for a Disquiet Junto, so I’m excited for that! Loved the prompt. This short composition was made in Max, with a patch that decreases its tempo with every repetition. The drums are synced to the “master tempo” so to speak, with a relatively simple pattern in sixteen steps. The synth voice is FM8, which is sent notes in intervals of perfect fifths that transpose up and down throughout the piece. The patch in FM8 had some delayed LFOs, with an aim being that the timbre opens up a bit as the notes are sustained longer towards the end of the piece. A simple programmatic error lead it to repeat the stutter one extra time at the original tempo and I liked it enough not to fix it, even though it technically violates the rules!

Back to the Arturia plugins for this one, combined with some granular synthesis on the drums. Fair bit of automation in Ableton for changing tempos, echo and reverb tails.

This piece is based on the call of a silver gull - or in Noongar, Djenark - who would gather the spirits of unborn children who were trapped beneath the ocean or on islands, and bring them to the mainland. When Djenark reaches the mainland and washes the beak in the Swan River, these spirits are released and can have a chance at becoming fully-fledged humans.

Two voices panned left and right (more or less), each decreasing in tempo in discrete steps until stasis is reached. Eurorack modular system.

Started off with an overly complicated setup of clock dividers to reduce the tempo in steps using CV, but ended up manually stepping down the tempo by having the two voices controlled on my BSP sequencers and reducing 1/16 - 1/8 - 1/4 each by hand followed by then dropping out individual gates to further slow things down. Ideally I would have liked a solution that had discrete steps (i.e. not just pulling down the BPM knob) but with finer gradations, my clock divider setup might have allowed for that, but I (ironically) ran out of time!

The assignment reminded me of Zeno’s paradox which basically says that if you continue to halve your velocity you will never come fully to rest.

I selected an older piece improvised on the Luminth, then repeatedly applied the Sliding Stretch plugin to a section of it. Twice. Then added a lead-in passage, selected areas of reverb and opted for a sudden ending to represent Physics taking over from Mathematics.

I used two melodies (that may have been slightly inspired by fragments from Pink Floyd’s Dark Side of the Moon), some percussion and noise. I like the way the different layers come to the front successively. I used a simple LFO as a clock and it was controlled by a slow envelope generator. 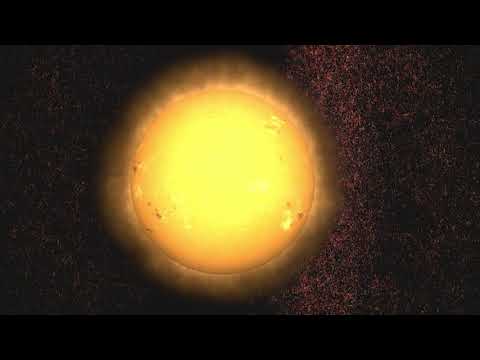 I incorporated an idea from an older Junto, but I’ll have to look it up to share details.

Video and an audio sample via Archive.org

For my piece this week, I started with something I recorded while playing around with putting external audio through some new plug-ins for the Korg NTS-1, specifically the Hammond Eggs random-LFO filter and the Sinevibes Rerun delay. I ended up playing an Eva-Maria Houben piano piece into the NTS, which turned these unadorned, Wandelweiser chords into a shimmery, stuttering, Fennesz-like thing.

I chose this recording for this assignment, because while the tempo of the piano chords is fairly slow (Wandelweiser don’t really do fast), the flickering of the random filter and the tiny repeating buffers of Rerun added a lot of rapid micro-movements, giving the impression of a much faster pace.

I then used Reaper to time-stretch this loop slower and slower, letting the pitch fall accordingly. Because I didn’t want the result to end up too long (although I could imagine doing a 30-minute version as well), I stacked loops on top of each other, so that you hear two different speeds at any one time, though they quickly fall too far out of time with each other to obviously phase. After a while the piano is no longer really recognisable as such. By the end we are very slow (and low), and experiencing pretty much no movement.

This is a progressively-slower sequencing of four large repeating synthetic chords with pipe organ sensibilities, inspired by stories granite will tell about our long-term future.

I love the glitches Ableton introduces when you slow down something but leave the Warp setting to “Beat,” so I wrote a fast piano riff that outlined a few different chords, with the idea that when the tempo slowed down, the note durations would become half or quarter notes, and I could write a melody over them.

The execution was a little more difficult - the Warp setting obscures the downbeat, so I had to do my best guess. I ended up recording the lines approximately in tempo and then using Warp on the melody to line the melody notes up with their harmony. It worked pretty well.

There are two different glitches versions of the riff - the one you hear by itself is set to Warp by beat, and the one that accompanies the euphonium is set to Warp by tones - this generated a more gentle "padP sound, which seemed a nice accompaniment.

Exploring the stereo field with an electric guitar, boss dd5 and cassette multi tracker until it slows to a snails pace. Assistance by Logic Pro X.

Here’s something I performed with Max and then stretched (Pitch’nTime) and added a bit of reverb (Adaptiverb) and delay (Wire) in Pro Tools. Pace and stasis are experienced via a lot of sine sweeps and their manipulation. But is it music?

This is my first time. I found out about the Disquiet Junto on Saturday evening.
I synced up several of my machines, controlled by the Bastl Kastle 1.5. I cranked them up as fast as the Kastle could push the PO-14 Sub and the Monologue, then slowed it down every 8 or 16 bars. They fed into a Tascam Porta05 which looped out to a Monotron Delay for some delay. I wanted to play with how tempo can affect the exact same patterns, going from noise to drone with some groove in between.

I’m posting this over a week late, so I don’t remember how exactly I did this patch. I do remember it involved trying to slow down the very unpredictable Trogotronic m/679 “Gran Fury”, which lended to some interesting results. It also sounds like I used the Basimlas Iteritas Alter and Polaris filter quite a bit too.

While the term “Corpsicles” has been coined by many, I remember it mostly from the end of “Shards of Honor” by Lois McMaster-Bujold. There’s a very moving scene where a cleanup crew after a space battle is searching for dead bodies in the wreckage. Highly recommend all of her “Vorkosigan Saga” novels.