I randomly, randomly generated number “25”, which is the very nice and very menacing track: Placebo Effect (restled) Disquiet Junto Project 0473: Placebo Effect - #41 by chaonaut by Stray wool @pfig and chaonaut @chaonaut.
I had no idea what to do. First I tried something with a “classic” synth, but I couldn’t get it to mesh or sound sweet. After that, I again chose to go down the random path in spirit with the two compositions. So I set up two random sequenced instances of Pigments that triggered randomly chosen samples and a wavetable. Their signal flows were heavely modulated by the 3 rand functions. I set sequences to HOLD, let them go nuts and did my recording pass. It ended up sounding delightfully weird and I like it

The source materials are very good and once I got into the mindset it just flowed. My contribution is panned dead center and gradually enters ~00:20.

As first submission for the 3rd round I chose to add to the two guitars of Somebody Do Something - Disquiet0472 by Daniel Diaz @DeDe and Somebody running in circles - Disquiet0473 by David Gibbs @gibbsdavidl. I am not a drummer and using Kong and a Drum Sequencer in Reason studio feels a bit like cheating. On the other hand / I once played in a band with three guitars and believe me: two guitars are good.

I am not sure if I can contribute a second track in the 3rd round. I enjoyed this so much, thank you all.

Having seen a tweet earlier I really wanted to have a listen to all of the Part 2 recordings (which I did earlier this afternoon - thanks!), and ended up joining in on two which was great fun.

My first choice was selected because of the orginal parts, they felt sewn together by elements of jazz which I’m currently on a creative run with. Parts 1 and 2 were completed by halF unusual and Blunderpublik and I added some crusty, gliched, and randomised jazz drum samples to sit in the middle of the other two parts. These were single hit samples from unknown Instagram drummers, inside a SP404, triggered by random midi sequences generated by SQ1. Then a simple touch of Avalanche Run to taste, and finally some “Avacado Ducking Glitch Generator” VST added in the post mix.

For my second I loved the drums in the Part 2 piece “Follow the drummer” by noimsparticus and vgmrmojo. I took the seperate parts (left and right channels of the recording for part 2) and fed them seperately into two independant Doepfer A-119 envelope followers to use the Part 2 recordings to trigger modules in my synth. These gates and enevelopes were tweeked to trigger a range of synths (Plaits, Elements, Rings) from Marbles and Burst to allow a controlled amount of ‘random’ into the single take. These two Part 2 pieces essentially triggered my own input, and I simply flicked a couple of switches for modes on Plaits and let Marbles deal with the random selection of triggers, which was really good fun.

Here’s some bombastic bass I added to @Yasha and @jasonw22’s collaboration. I just noticed that @halF_unusuaL went over this track too…I’m glad this is not a competition

Things are not so safe anymore.

RNG gave me “Safe approach” from @krakenkraft built on @rhein submission “Safe” from the first week. I tried to add a bit of grit and uncertainty to things without imposing too much. Hopefully I found the right balance with it.

For my second submission I went with Ohm Research’s - tvö (@krehg) which, unbeknownst to me, was based on @krakenkraft’s Subdermal track that I incidently based a duo track on last week.

The track caught my attention because it sounded violent and disorienting, but without sounding harsh or edgy. It sounded cinematic. Together with the cover art I imagened spinning galaxies in a violent dance, hurtling towards a massive gravitational anomaly. I immediately wanted to add a disonnant pad/lead and a huge growling baseline or some brass. So that’s what I did; using Pigments and the Jupiter-8 synth. All Pigments instances were heavily pitch modulated in order to match the feel of the source material. I also used a 3/4 time signature at 112 BPM, because I wanted a special movement.

I mixed everything dead center, however the reverb bleeds a bit into both channels since I needed the Space.

Thank you Silver and Chris! These collaboration projects are always such a pleasure, the way inspiration flows is so different to working alone. I’ve added some words and delays to Silver Sounds additions to Chris Ledwidge’s piano.

Awesome, it ended up sounding like a dystopian Batman, or James Bond theme !

I´ve played saxophone to the “Ascension Loop” from Euclidean~~~ and moduS ponY.
When I heard this duet for the first time I instantly wanted to add a dreamy calm melody.
Saxophone FX: Reverb + Phaser

Judith and I improvised a bit on piano and guitar (respectively) and then snipped, looped, and granulated them gently up the middle between the excellent duet, “Whatever1”, created by @Joule with @Anatol.

If you want to follow the journey, here are the two previous iterations –

This has been a really fun three weeks of collaboration!!

The unusual combination of drums and kemane (turkish violin) attracted me, so I chose this as a basic track and record heavily distorted guitar above it. Most of the distortion comes from external effects running into rock amp / cabinet in Ableton Live, some mixing and mastering added. Hope you enjoy it and I hope that my virtual bandmates will like it, too.

In a log cabin in the foothills of the Appalachian mountains, two friends semi-improvise a beautiful and tender duet on piano and guitar.

In the rain-slashed darkness outside, a broken church organ has been eaten by a giant transistor radio from outer space. The church organ hears the duet and, desperate to escape being digested by the giant alien transistor radio, it starts to play along as best it can in hope of being heard and rescued from its plight.

But its efforts are in vain and with a final despairing howl, it accepts its fate and becomes one with the giant transistor radio.

tl;dr: Took @mattmadd’s and @Chris_Ledwidge’s quite beautiful duet and with no provocation attacked it with a hishy sludgy distorted organy drone.

Heigh ho. Some day I’ll try not to be so almost aggressively contrarian with what I add to people’s tracks but today is not that day. (Thing is - for me, it does kinda sorta work.)

Also - thanks to @melondruie, @UntilledSound, @Creatures_Once, @stefans, @vgmrmojo and moduS ponY for your collaborations and encouraging comments - really appreciate them!

Nearly 2am here so going to crash…

Hey all. This week I used a random number generator and drew 34, Dronedrumdrub by joyneski which built on Madness by melondruie. I added guitar with a lot of (delay and reverb) alternating between Em and Am chords. Jammed along and performed a large number of cut and paste operations. I was playing my first guitar, a late 90s MIM strat. It’s kind of purple… it’s pretty cool… plugged into a small pedal board with a lot of TC pedals on there.

Definately good fun! My times up!

Using an envelope follower following the earlier two tracks, I separately recorded, on my modular, a sine wave and a distorted square wave. These were then further manipulated in Ableton. In addition, an instance of Audio Damage’s, Phosphor 3 was added playing a MIDI extraction of the square wave’s output.

Thanks to @halF_unusuaL and @Glitcher for the more than two-thirds they contributed! 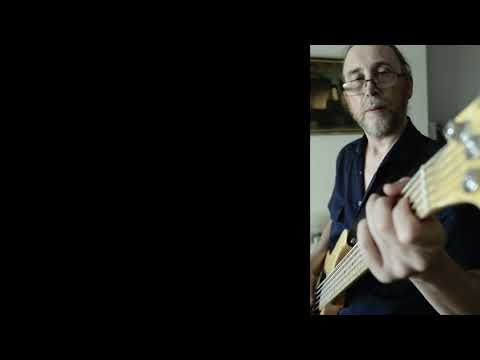 Jamming on the bass with @Peter and @mdh – lovely work fellas!

I’ve added reverb, as well as a little tape delay, which should spread everyone across the stereo field.

A sequence of metallic sounds. The third part added to; Analoc – 0121-disquiet-juno-473-embedded

I rolled the dice and came up with two numbers, the second of which was 4, so off we go do @DeDe and @AIsynthesis collaboration and this is the result.

If you guys are up for this, I really like this one and there are more words which I could build into a more complete track…only if you are down with the sentiment though.

Fifths Damage (Daniel-diaz – Fifths-damage-21012021-disquiet0473) had a very strong western feel, and also a feeling of being balanced between sentiment and action. We are each trapped in a dynamic equilibrium that gets us through the day, but the ground is shifting and the system is out of balance. The Ostrich is one of the last remaining flightless birds; surely that is not our fate? Make a plan.

I added a rhythm track to what I received, starting with the output form the Logic Drummer in hip-hop mode and then editing the results until they locked to the groove that was there, choosing a nice acoustic kit emulation, and running the track through a Fatso EL7X. Other tools used included a coles 4038, an iphone, Phil Moore’s excellent Retro PowerStrip, an A&H board, Valhalla plugins, and Ozone for a quick and dirty mastering pass.

The lyrics came from the feeling above, and from fighting off stockholm syndrome from all the decades since Reagan and Thatcher.

The samples are from the ‘crying indian’ public service announcement of the last century, and the extinction rebellion of this century.

How do I start? Singing is always dangerous, if you are not a singer… No… okay, this way: Some children can only be loved by their parents… one must stand by one’s misdeeds … my microphone was broken … the true beauty of music is that it connects us, yes, this is it!

So I improvised with the text given by the titles (and some extra text). I did this in two takes. I added as much plugins as possible to hide the fact that I can’t sing.

As you can hear: Neither can I sing, nor am I able to hide it with production gimmicks.

Anyway, after slicing my vocals I somehow liked it. Yes, you will have to listen to it 20 times, drinking some high octane booze, but then you will discover the hidden beauty of this track. Thanks, guys, I really had a lot of fun with this!

This was built from #21, Michel Banabila’s collaboration with noimspartacus. I added some subtle percussion work and a vocal sample to this already super-cool track.

@joyneski your contribution to this track reminded me of this great song by Oliver Coates, have you heard it? 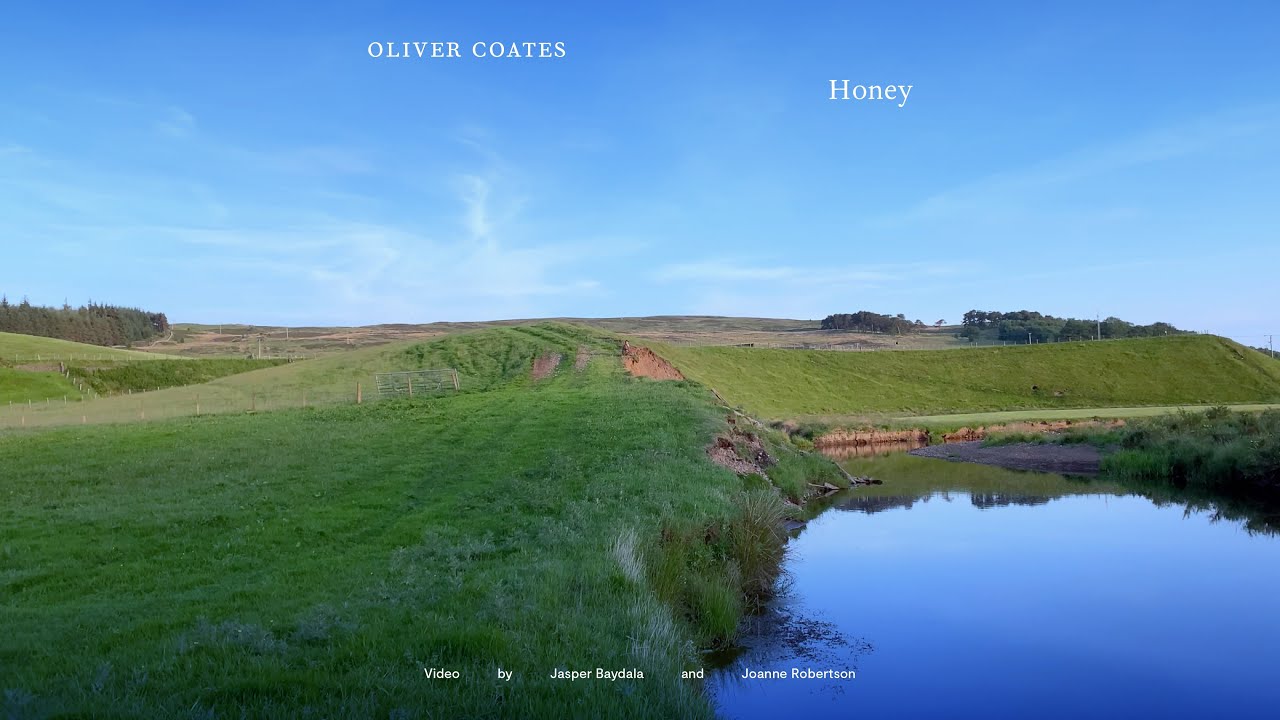