Speech is broken music. Words contaminate the acoustic space with meaning and will, and there’s no grace in will.

This song is about leaving the cave and the tribe. Talking was useless. The only thing left was to take the spears. Follow the stars and find a new place.

MPC live is the main piece of gear in this track. Pads, arpeggios and drum loops are generated in the MPC. Voices are added using EHX Vocoder. Finally, some FX coming from Korg Monotron Delay and Ipad’s Animoog Z.

Without going into detail, I’m dealing with a few things where talking doesn’t seem to be helping. As soon as I read the prompt, I knew the feelings that I wanted to share.

Made in VCV Rack with a euclidian sequencer, delay, filters, reverb. I edited in Ableton.

I wrote a diary entry for the first two steps and arrived at “my need for love” as an unhelpful topic to talk about. In my first, failed, marriage, I used to tell my wife to “love me” in a silly way here and there. Without knowing what I really wanted, I was expressing some deep need that wasn’t being fulfilled.

I recorded myself saying “love, love, love…” and “love me, love me, …” and ran these through effects (mostly Glitchmachines Fracture) and built an annoying, incessant cacophony of that demand for love I sometimes imposed on my ex-wife. If you can see yourself objectively, it can in fact be irritating and push others way precisely when you need them most. There is even some fantastic empirical research showing evidence of this process. I added some repetitive drums and bass to accompany the love cacophony.

I grabbed some field recordings of her and one of our friends on vacation, just talking about the cats and dogs that we ran into during a walk. The love was there, but it doesn’t necessarily take the shape you want and you can’t force it out of someone and time it or anything. Love is in a lot of places if you learn to pay attention. It was there in the tiny moments, that walk, the cats and dogs…

I created some orchestral music (with Spitfire Audio BBC Symphony Orchestra) to represent the beauty and love in the tiny moments. I arranged the track such that the ambient sound of those moments and the orchestra music only become audible when the “love” demand ceases.

If I had just learned to soak in what is already there, I would have been much more fulfilled. I have learned my lesson and moved on to a much better place. But for those who cannot see this dynamic and suffer or make others suffer because of it, I would wish someone to help them see it.

Thank you for this one!

I am choosing “anger.” While I don’t think ANYTHING is not helpful talking about, I know that I can’t always talk constructively about my own anger until I have walked away and thought about it. So I sought to show in abstract musical language, how my own thoughts transform to the point where I can actually speak about it.

As this type of guitar/noise recording has some roots in some of my own experiments from the early 90s on 4-track, I’ve tried to simulate that by almost not allowing more than 4 tracks to be playing at once, along with some tube/tape settings from Live’s native devices. As the track progresses, I mix in Live’s Echo device and Live’s Hybrid Reverb device. I then mastered this by using iZotope Ozone Elements.

I pulled some cables out of my AEmodular and opened Reaper to start with a new one. Suddenly I heard some noises from the half wrecked patch (could be Junto of it’s own, btw) and they somehow suggested themself for disquiet0532. I recorded them, did some stacking and fx, and at the end I looked for the track title.

So for this week I thought about how corporations are now spending a lot of time talking about “mental health” and having staff take part in “mindfulness” sessions and I think that they would do better to pay people more and reduce our working hours. I have nothing against meditation etc, I’ve found it useful - but I don’t need an employer pretending they care about my mental health. It makes me think of this: 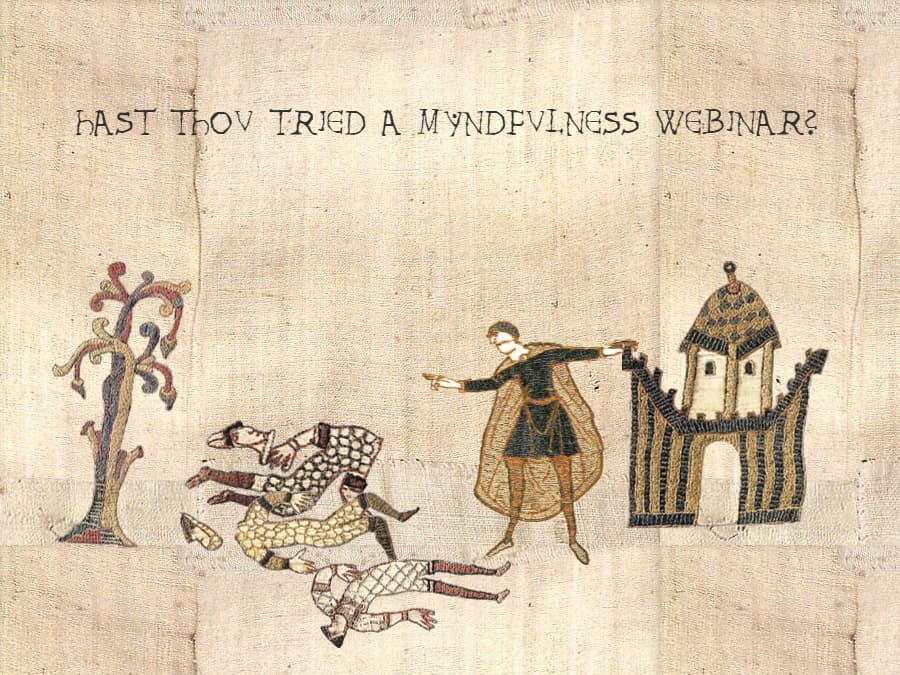 Hey all,
Certainly a difficult assignment for me.
At first I thought I might just sit this one out it, come back next week when the dust has settled. Then I started reading peoples posts and was persuaded to stay. Too much great stuff being expressed. I could feel it. I sat down and this came out. A conversation. In the end I left in only one voice. Your imagination is way better than the other stuff I had planned.

For the last few years many of the concepts and beliefs I have held dear no longer seem valid. I was thinking about this and how difficult it is to express. Music helps me make sense of this.

Track done in Logic using two pianos (NI and Labs). I spent quite a while running two function generators into a Mimeophon sequenced by a DFAM for a very raucous cacophony only to find I didn’t record it.
Peace.
Jeff

When is helpful not to talk?
Connecting to the natural world.

Even when alone, not talking aloud, the internal dialogue, the self talk, can often be a barrier to connect with nature…

Early morning I walked up into the bush, with my clarinet, flute and a sound recorder. I pressed record and walked through the trees across the side of the valley to play clarinet from a distance, silenced my mind a aimed to let the trees speak through the clarinet. Then reversed positions with the recorder and tried to ‘talk’ with the birds.

I took the new Noise Engineering plugins Basimilus Iteritas and Cursus Vereor for a spin to create this week’s track.

lovely concept for a project, thank you!

Cannot (or donot want to) talk about some feelings that can creep up on you, even if you don’t want it. Very late entry for me this time. Was struggling to start and then to finish.

I was working on this great project with full motiviation, but unfortunately I had no time to spare on Sunday and Monday, so the track was unfinished.

If it is of any interest, I have now uploaded the result after finishing the track during the last days:

It features paul-stretched field-recordings of discussions/conversations (from freesound), the main piano melodies extracted as Midi from an original and a paul-stretched audio, and my first steps in Sonic Pi playing random Pad chords and bell melodies with pianobook samples.