Hey All, The big challenge for me was the no fx part of the prompt. I love me some delay, reverb and distortion. I used the ableton analog instruments. I will say my other plug ins drench the sounds in fx so this was a challenge. I tried to keep it simple but when that bass riff started I had to add some 808. The 808 had a chip in there somewhere. I added a solo with some pitch bends and cross faded between them. Hope all are well.

Following the project guidelines, this is an all-sinewave piece with only envelopes and panning as additional manipulation of the waveforms. It consists of 4 voices, each of which alternates between 2 diatonic pitches. Each successive voice plays at 1/2 the rate of the previous - I thought of it like the flipping each higher bit as you continue to add 1 to a variable in a software program, hence the “binary” in the title.

Thinking about this project, I cannot help to consider how many simple things can bring complexity when put together. As I’m currently learning Shnth, this was my approach to the project.

I also like arbitrary restrictions, so I wanted all my numbers to go up in five. This was the result in Fish:

The heart of the patch is a slow triangle wave going into a toggle, representing a kick drum/slow square wave.
This drives gears of two sequences, being played back by two audio rate triangle waves.
To add some playability, I made a random pulse and two sawtooth waves that can be panned by touching the bars.
I screwed up the tuning a little bit as well.
Could probably have kept going, but left the time at 55 seconds

A bit on the limit of the concept, with a total of six “noisemakers”, but let’s pretend that the triangle waves are duophonic. 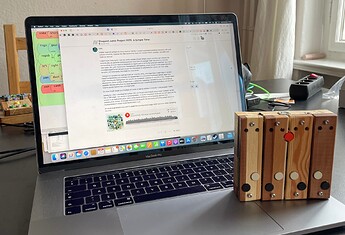 I really like this one. It was a difficult assignment, and I think you’ve cracked the case!

I was surprised nobody made a standard chiptune. “Chip” is literally in the name! The video contains explanations on what is happening and why things sound the way they sound. 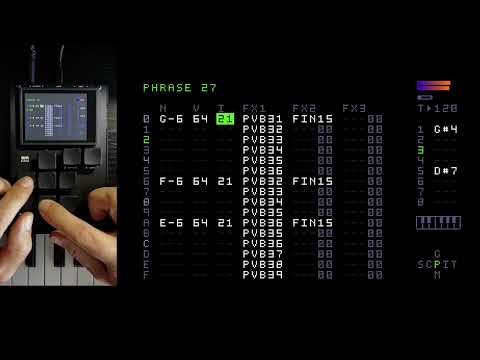 Made with Synthstrom Deluge using triangle, sine and pulse waveforms. A couple of LFOs to modulate pitches and pulse width.

Used basic waveforms in Alchmey, Logic. Made som simple melodic motifs and in various time signature. LCR panning (with automation moves) in keeping with the spirit of the project.

at 06:40 I m woken by a pigeon fluttering around the leaves above the tent,
I get up
color part of my hair blue
open the disquiet mail
so often I skate over the instructions and rush to the daw, this time I try to think :
think about what simplicity means to you

simplicity
they say simplicity produces complexity
the intricacies and wonder of the world deriving from simple physical, chemical properties
the intricacies of human gatherings, societies, relationships from a few basic needs and emotions.
Should my project aim to produce complexity from these 5 voices , or should I KISS ?

Musical decisions
I built 4 synths in reaktor,
first decision : should I use adsr to avoid clicks ? [no]
second : four synths , five voices max. should I just use 4 voices or double a synth, which one and why ? [4]
third : should the voices be in unison.

BIG question : what do I, as the maker of this piece want ? And why ?
[Answer : beauty ( to my ears) and not trying to do more than I am capable of.]

Working without FX is a wonderful restriction, so all I have is
the sounds, the notes, the rhythm, the volume & panning adjustments
and my feelings and ideas of beauty
a whole world of complexity already,
I am scared !!

This project was fun and a change of focus for me, I tend to go for maximalism with effects and processing so to be restricted to no fx and simple waveforms was an interesting challenge.
I set up a simple modular patch sending two synchronised clocked pules to the left and right audio out.
Upping the fader on the mixer would create an interesting (for me)pop and zipper noise. I used a shift register to send random gate and pitch to a sine and a saw generator and then jammed along with the mixer faders.
No fx, filtering or post recording processing. Probably the cleanest looking waveform I’ve ever uploaded, next step is to crack out the reverbs.

Edit: Added a second non-playlist take that gives a bit more space to the goofy glitchiness of the patch.

There’s cognitive dissonance for me between the prompt’s inspiration (the 555 chips) and the instructions to simplify and rely on things like basic waveforms. I associate this chip with the punk console circuit, and the complexity and instability of glitch. The 555 and the lower power 7555 also sometimes gets used in Lunetta style synths — also complex and unstable.

I wanted to capture that cognitive dissonance, while still complying with the letter of the instructions.

VCV rack piece responding to the disquiet 555 prompt. The piece is 5 sine VCOs, patched in 2 states that I’m manually switching between, a simple state and a glitch state. In the simple state, the sine wave pitches and amplitude are controlled with a chaotic pendulum model — Vult Caudal. In the glitch state, I’m introducing fm modulation from a virtual punk console (Vultari), and chaotic modulation of the pendulums. But we’re still listening to 5 sine oscillators. The recording switches states in this order: glitch > simple > glitch > simple > glitch. 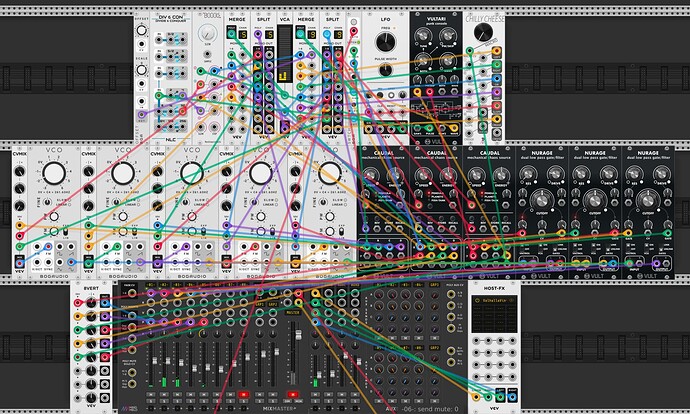 For my track I went with a quantized rhythmic approach seeing as the theme is a timer. I used very simple rhythms but since they’re polymetric they sounded complex fast, maybe too much so for the assignment. There are 5 voices used. Three of them are sine waves being fed into a lowpass filter with an envelope on the cutoff frequency. Normally I would have put an envelope on the amplitude as well but I simplified things in the spirit of the assignment. When the envelope is low, the cutoff frequency is below hearing range. Another voice is a triangle wave with the envelope on its amplitude. This voice has a sine lfo shifting its quantized pitch. The fifth voice is a 4 on the floor 808 kick. The 808 kick is essentially an impulse followed by a decaying sine wave so I figured it fit the assignment. It was really hard for me to not throw a little reverb on things but in the end I think the dry ‘reverbless’ sound works. 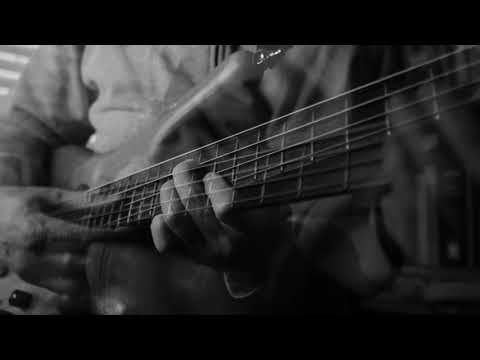 I think I read that the Atari synth requires two 555 chips, so I recorded two parts and then ran them through sine-based patches in Ableton’s Operator.

This is a piece created with 5 tracks in the Octatrack. There are four samples, snippets of sine, tri, saw and square coming from Befaco oscillator in MI Rack. Every track contains one waveform, with different pattern lengths. There are minimal pitch variations, and a willing to be musical, and as much simplistic as possible.
I’ve approached simplicity from an effortless point of view: following the instructions, minimum design contribution, obtaining basic waveforms from Ipad, minimum melodies and unexisting postprocessing. Overall, I’ve worked in a track that hasn’t created any difficulties to me during the process. I guess this is what simplicity means to me.

Four voices, all sines (mathematically, if not synthesiser wise, the most simple). Sequenced semi-independently. Had some envelopes at first but when I unplugged to rework the patch, figured why not pare it back further. Manual tweaking of the voice levels with a Music Thing Modular Control.

Great challenge in forcing me not to default to filters, delays and reverbs!

With a Pure Data patch: 5 sinusoidal generators with the 5 pitches of the “Cage Chord” from Disquiet Junto Project 0554 with 5 envelopes in 55.5sec.

This prompt made me think of the beautiful soundtracks of 16-bit Final Fantasy games. Simple in its access to just basic waveforms (and some noise), they nevertheless were composed with care and depth. It inspired me to try to create something that uses the Locrian scale, for that anticipation I felt when first stepping into a new area, full of mystery.

Used the analog engines in Pigments. I made five instances (bass, drum, pad, lead, arp). Each using one voice (poly count set to monophonic), except the pad, it uses two. The bass instance also uses the noise generator, which we know is free in terms of voice count

The NG is modulated and automated to create hi-hats.
The Lead guitar uses some FM and I’m unsure if the two oscillators count as two separate voices, but I count it as one since it’s beneficial to my situation…

I’m simply addicted to delay, reverb and saturation and it was damn difficult not to use any FX. Especially on the Lead since I wanted it to sound like a distorted electric guitar. I used it’s NG and modulated triangle LFO as a work around. I faded into the LFO and set a long release creating a reverby vibrato effect.

You might hear a twinkle of saturation on the output bus, but on this assignment all the modular people got that for free since it’s “inherent” in the signal chain, so I deemed it fair use to add a bit into the box.

Nearly missed this one …

I didn’t go overboard making everything a ‘5’ as the piece sounded a bit dull - and its the deviation from the process that, for me, makes the magic on most occasions

There are five tracks, each with a step sequence of 5 notes (apart from track 4 and 5 which move incrementally from 2 to 10 steps. The notes are tuned to a pentatonic scale. Each step sequencer is driven by 5 Euclidean Rhythms - each of a different length but each with only 5 steps. The voices are simple waveforms plus a filter - otherwise it sounded like soup …