I’m working out ways and means for creating custom cases to very specific HP sizes. These will be small cases and at the moment I’m planning to power them with a @c1t1zen usb power board (which I will need to modify a bit to get the layout I want). For the first prototype I ordered custom length rails from erthenvar, but by the time I bought rails, rail brackets and no-nuts I was up to $50. I’d love to bring that cost way way down.

Does anybody have any suggestions for methods of sourcing these parts less expensively, even if it means I need to take on some or all of the manufacturing process? Here’s an exploded view of what the first prototype case may look like (although it will be gussied up with some laser engraving of various sea creatures). This particular case is 38HP (the width of the Eloquencer). The top has a 5 degree angle to it, for user friendliness, and also to give enough room in the back for the power board. 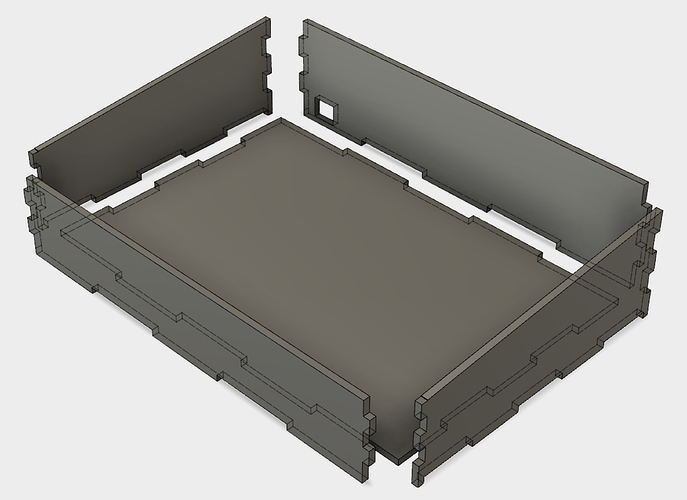 This is just a thought, but 3D printing? It seems like you could print exactly to specs you’d need and then just slide nuts in?

Hmm. Might be rigid enough. It’s certainly a thought. I’m a little concerned about the durability of that approach.

You can get the parts a bit cheaper by buying them from an electronic components distributor, like Digi-Key or Mouser, instead of a synth DIY shop.

What material are you planning on using for the enclosure? You may be able to drill and tap holes directly in it.

This particular case is 38HP (the width of the Eloquencer)

If this will just house the Eloquencer permanently why don’t you leave out the rails (for now) and find another way to fix the module?

It’s not a terrible idea. The thought was that modules would come and go though. So continually re-screwing into wood is going to have a limited lifespan. Would work better with a hardwood than some inexpensive plywood, but the cost starts creeping upwards again.

But these are good ideas to try, in addition to various 3D printing ideas.

There are a bunch of files for cases on thingverse or something that. Released under a creative commons non commercial license. I’ll have a look and append the link to this post.

Yeah, those cases still need rails. I’m pretty much doing the same thing, just made my own files from scratch because I wanted different dimensions.

Snap-fit from an FDM 3D printer is another idea I’ll likely try: The only other cheaper viable solution I’ve found is called makerbeam:
https://www.makerbeam.com

Works well, but there are some caveats. No time to go into details at the moment but if you’re interested I can respond with specifics later.

Would love to hear more when you have time, and Amazon is also a great suggestion.

Sorry for the delayed response!

So the makerbeam works pretty well for DIY case rails, and actually you can build the entire case structure out of the stuff if you want using their system.

I got these rails and cut them to size: 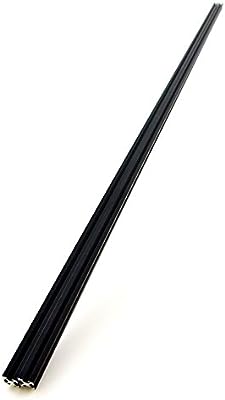 And attached them to the inside walls of my case with the cheap hardware store equivalent of these: 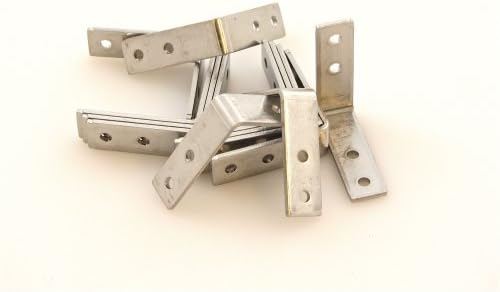 And (this is the kinda weird part) I used this fastening system to attach modules: 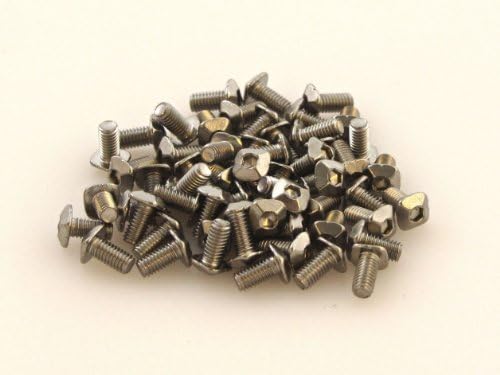 Basically, they are sliding bolts rather than sliding nuts like in vector style systems. It’s a bit strange, but it works very well with both eurorack and serge LW/RS/DIY modules.

There is the following solution, but at $15 for 25pcs they’re expensive and really start to eat into any savings you get Vs using vector rails.

Final note: Makerbeam lacks the rigidity of burly vector rail so for longer spans it will flex a bit when you’re patching. My case is about 128hp and it’s pretty noticeable. Not the end of the world, but a small bummer. Shorter spans (84-ish hp) will be solid.

This is perfect! I doubt I’ll exceed 60HP and hope to make some cases as small as 26HP.

I should also mention:
I’ve used straight up wood strips for rails a ton, and it actually works great if you do it right. I imagine this would be the cheapest simplest diy solution of them all.

I’ll try it. I guess I was worried about the longevity of that approach, but the idea is tiny cases for just a couple modules, so it’s not like you’d be swapping them out constantly? (Except, of course you would be, as one does…)

Yeah not the best if you’re swapping modules a ton I suppose.
Try that MB stuff and let us know how you fare!

… and hope to make some cases as small as 26HP.

I’ve been thinking of doing something similar. What are your plans in regards to power? There doesn’t seem to be a lot options for something with a small footprint that’s only powering two or three modules, clearly because there aren’t a lot people using cases that small. Fair enough.

I feel like the solution is going to be a DIY PCB option, so good thing I’ve been honing my soldering skills, but I feel like a power supply is a dangerous first project for self populating a board.

250mA from a USB cable.
https://c1t1zen.com/presta/home/9-usbpower-kit.html
No mains power, pretty safe even for a beginner.

Oof, brilliant. Hopefully it comes back in stock. Thanks!

If you would rather not wait, @TomWhitwell’s previous iteration is open source.
https://github.com/TomWhitwell/StupidUSBPower/blob/master/README.md