No negative implications, I wrote “forget about it” myself, in response to my own ludicrous daydreams about the RPi jack!! It saddens me to see it unused, not living up to it’s potential, not flourishing as the best jack it could be

As others have said, there are better solutions but sometimes (sometimes!) a weekend or a dozen spent hacking away some fringe, ultimately dead-end idea is preferable and more satisfying than purchasing a commodity dongle from Amazon

PS if anyone has ideas for an incapacitated 3.5mm jack, please share them.

PS if anyone has ideas for an incapacitated 3.5mm jack, please share them

Not sure how you’d implement that on the software side, though, or calibrate it for V/Oct.

I believe the DAC connected to that socket is 12bit, so not great for audio, but adequate (if not optimal) for CV.

The output level might be a bit low for Euro CV use, without external amplification, mind you.

a weekend or a dozen spent hacking away some fringe, ultimately dead-end idea is preferable and more satisfying than purchasing a commodity dongle from Amazon

I’m all about pursuing the pointless. I find it helps fill the void in my soul.

i’m going to add my own “you’re in for it” warning. making the electronics work isn’t hard. the UART is actually broken out on the norns shield pcb even (look at the bottom). the harder part is what @zebra mentioned in adding the C stuff, which really isn’t that hard, except that you’re forking the norns software stack, and you’ll be forever cursed to patch every single update we release.

i agree, don’t buy junk from amazon. there are tons of used, cheap usb midi interfaces out there.

if you need a DIY adventure, make a midi interface with a teensy!

Ooops, I just did

except that you’re forking the norns software stack, and you’ll be forever cursed to patch every single update we release.

My thought there was to produce some kind of “one-click” post-install script that would re-install the necessary bits and pieces.

I was assuming at the time that the necessary changes would be tweaks to config files and maybe the (re)installation of some executables/drivers/libraries, but it it involves poking around in the core Norns source, recompiling etc., I think you’re right - way too much hassle, given my skill-level.

if you need a DIY adventure, make a midi interface with a teensy!

Not directed specifically towards you, but are there any recommended ones? I’d be very much up for making one!
There seems to be a huge number of projects out there, but on cursory inspection, they all seem to be a little old and have odd caveats.

While these all sound like great ideas, I myself was thinking of something more utterly pointless. Maybe use it to connect an audio cable to hang norns around my neck like Flavor Flav 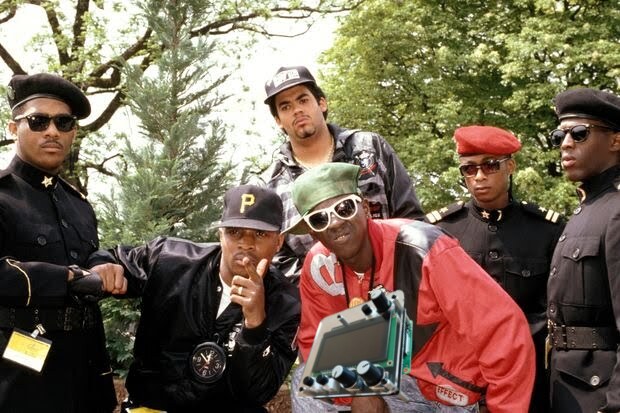 Or maybe a holder for teenage engineering incense (lol no, I’m not the incense type though I appreciate the TE whimsy)

If nothing else, the RasPi onboard jack is a stable source of drone, with a half-plugged cable. I just wired it to an NTS-1 for a bit of evening livecoding with filtering and effects over MIDI, or routing it to norns input for maybe some granular fun?

Edit: Nope i went for Changes messing around NTS-1 parameters over CC.

the RasPi onboard jack is a stable source of drone, with a half-plugged cable

Oh! Inspireing. Tapping into the computer brain noises. One of the Kastl noise sources is a playback of the device source code. This one is more accidental, the noise is a residue of processing.

The binary in the case of Kastle rather than source (sorry for being pedantic, I’m writing about Mark Marino, Wendy Chun, Adrian Mackenzie &c this weekend

) but yes. I think this idea of using memory as sound was discussed also in Composing with Process serie on RWM by MACBA but i cannot figure out right now which episode. The Von Neumann architecture also is about memory as data. I can access a random memory (pun intended) of being baffled by someone using a mouse driver as a sample with Amiga tracker in the 1990s. All fantastic avenues!

What would this mean for norns shield? I made a symlink in dust/audio to / to be able to select arbitrary files as samples (on Unix everything is a stream), also stuff in /proc and /dev but that was a half-assed idea. Could one establish a hybrid feedback which wasn’t audio-only, but would run though the ADC→kernel(→maybe upper layers of the software stack)→DAC machinery?

Thank you for flipping my brain around – strange noises seem to emanate from my brain right now!

I have no idea what comes out of the RasPi jack with a half-plugged cable, and whether processing affects it. Isn’t it the right channel being grounded? Maybe flickering the norns shield to produce onboard noises; from what I’ve understood from the monome folks and other users the shield is subject to it?

I will apply granular synthesis to it later today to investigate these ideas!

I have a secondhand Norns Shield from a local builder and the screen protector is pretty flimsy. I tried to attach it more firmly to the case with super glue but of course it turned out to be a bit messy… My DIY skills are not the best

Its not too bad, you can still see everything and everything works fine, but I was wondering if its possible to order only the ”official” shield casing from Monome? It looks much better and I’m already ordering stuff from Monome once the Grids are out again. I couldnt find that option from their website. Or are there other good casings that are very easy to put together I could buy, preferably in EU? And are all the cases compatible with the regular Shield hardware?

I was wondering if its possible to order only the ”official” shield casing from Monome?

we tend to keep the shield circuit + cases stocked 1:1, so we don’t typically have extras :\

Thanks for the answer! I’ll start looking for these other options people have made.

Help me please! I have no idea what happen, but now i can’t instal something from maiden

hmm. i think this suggests that your shield’s sense of date is 2020-12-27. has it been powered off for a long time or not connected to WIFI before now?

as @ngwese has mentioned elsewhere, norns should resync to the correct date/time when it’s connected to a known WIFI network while booting, so i’m curious if a reboot after being connected doesn’t resolve the issue?

I use Norns every day(wifi work permanently)
Reboot and reset with known WIFI network doesn’t work for me.

oh, weird. it’d be good to collect a bit of information:

ah! @Nghttgr , try rebooting after the change and then re-run date – does that work?

if not, you can manually set the date/time, but i’m hesitant to suggest this as it might just continue getting out of sync. @tehn / @zebra , any better suggestions?

Pi re-sync to your timezone:

These are just timezones options I think, and would not affect the date. Is NTP (network time synchronization) turned off? What is the output of

If it does not say

This is a problem on stock norns as well, the raspi does not have a hardware real time clock or little battery for keeping it running as is found in desktop computers. You are stuck using NTP to get accurate time information. The issue this can cause is that Supercollider for some reason can get in some bad state when the system time suddenly jumps, like if you power off for a while and then power on and connect to the network – in this case SC will sometimes just start chewing CPU and can lock up the whole system.