I have attempted to build a Norns for the first time using a partially populated PCB and a Raspberry Pi 3B+.

On my first test, the Raspberry Pi appeared to power up with the LEDs both on and within a few moments, the red light was solid, however, there was no audio and the visual on the screen. I tested the Pi via the HDMI port and the multicoloured image did appear on my monitor.

Looking at images on here I noticed my Pi Header was not fully engaged so I removed the spacers and with a bit more force, connected the shield to the Pi correctly.

In my second test the Pi did not power up (no LEDs). I separated the shield from the Pi and it powered up just as before.

Has anyone else experienced this?

Quick note, I am new to this and this is the most complex project like this I’ve tried so excuse my ignorance on some of the terminology, etc.

I had this happen when I built my Fates. It was a short somewhere on the board. Not being at all experienced at tracing down such things, I literally reflowed every single joint of solder on the whole thing. Next time I tried booting up, it worked a charm.

Thank you! I will try this.

Whilst I’m here, is there any specific orientation for the codec and Crystal? I matched the writing on them both with the print on the PCB.

Hey all - does anyone know when the shields will be available Again? I broke my Fates and am dying to get back in the game

Dot/circle on ICs should match dots/circles on PCB. Both of them have it as far as I remember.

I note that the shield has passed into the past.

Another casualty of the omni-shortage and the complex of dynamics mentioned in the post on Scarcity and Precarity in Small Manufacturing?

on the contrary, since we open sourced the design it will live for eternity.

proprietary designs are those that die.

You’re right of course. That’s a much better way of looking at things

@tehn #could i swiftly ask a few questions while i am at constructing my synth with shield as center?

1- i suppose the display put on dupont wires away from the shield around 10cm shouldnt introduce issues?

2- can i use endless encoders that do have a press switch included instead of the 3 buttons or will i loose any important functions?

3- could you please confirm the on/off button press positions on the solder pads of the shield for the top/rear button is the same as for the 2 front ones? I had issues with that button, got a fresh smded pcb here now and dont want to screw up.
I think the on/off for the front buttons is lower left/upper right correct?
Same for the rear button?

4- the pin layout of the audio jacks would also really help me. 1,2,3 measured from the back.

1- this should work fine

2- a few people have already done this

3- you can check the pcb files and schematic on the github, it will make this information pretty clear pretty fast. If you already have a soldered PCB, just bridging switch pads with a wire will simulate a button press and you can find out too.

4- same as above, check the pcb files/schematic. Alternatively, plug a trs cable into the jack component and use a multimeter to check continuity between the jack and the different smd pads. That’s what I did.

Just want to add that using press encoders might lead to some challenging script operation as some scripts require button holding and encoder turning.

Press-plus-turn is completely possible. Might put more bending strain in the PCB than separate buttons + encoder, depending on how stiff the encoder button is.

yes, Press-plus-turn is possible, but with poor usability, I first did this on my “highly-diyed” norns (RP3+hat sound card + aliExpress encoder and OLED breakout boards). In the end, I bought extra push button because I had too many miss-clicks…

Ok sorry to bother but after several days trying i cant get my shield to re-run.
Its actaully a clean build even if it looks a bit heavily altered with the all on wires (need the low profile!)

I havent soldered the screen back on to be able to acsess eveything for now.
Green light blinks for a few minutes and than red stays on. Sometimes green blinks again.

I dont get any startsound. Pretty sure sd card is flashed ok (new image was tested on another shield) my soundfolder was placed to dust.
The pi definitely works.

Note sure how i troubleshoot. From this point as having no acsess to a computer and wondered if somebody has a clue whats up or see sth i might have done wrong. 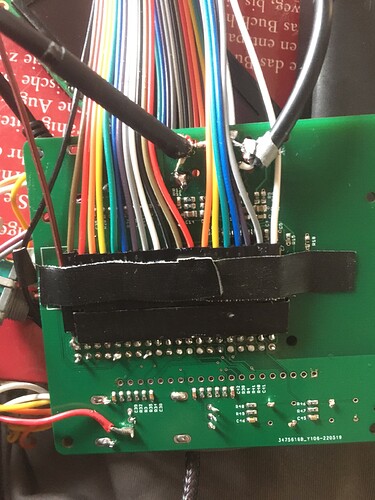 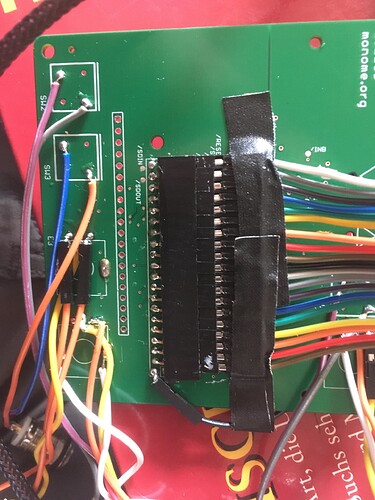 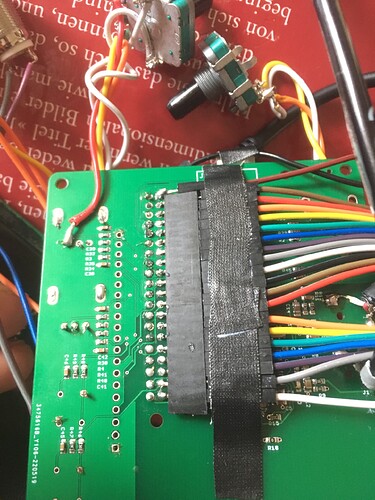 Like this: (but better to hear someone more knowledgeable than me) 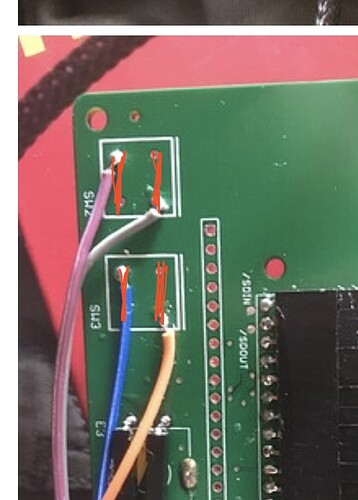 Thanks, good to know and will adjust but almost certain it wouldnt inflict in the boot up

Do you also have the audio jacks in wire? I tried rearrange according to shematic but only get a short noise when the pi powers up. Maybe you can show/tell the way you wired thos for me to compare?

Suppose i will simply solder the display then.

No, I just forgot to order the buttons so used the springy metallic 2 pin ones that I had (and they actually more fun to my taste than original ones).