After a brief scare due to some bad soldering (grrr, I suck at this…) it’s alive (and Alive)! Thanks so much to the team for making this version available. Sadly, the fun will probably have to wait until after the holiday craziness, but I’m looking forward to diving in!

Quick question: I can connect via ethernet but not wifi. Is that because the driver for the built-in wifi hasn’t been sorted yet, or do I have some more troubleshooting to do?

Thanks again to all involved!

I can connect via ethernet

are u accessing maiden ? I assumed this wouldn’t be working either and never tried it out

Hmm. Looks like I have a bad pi? My confirmed working pisound sd card in the new norns pi with no shield lights red only

Edit: OK! Confirmed bad pi. All is good with a different rPi 3 instead.

are u accessing maiden ?

The issue is that “none” shows up when I try to add my wifi network. So it’s not a specific manner of communication with Norns that I’m having a problem (I can connect via SSH or Maiden with ethernet), it’s that I can’t see any wifi networks.

Sorry to ask a noob question but what caps and knob sizes should I get? Do I need skirted or unskirted knobs? I think these knobs from Thonk look OK but not sure which size. Thanks.

with the spacers I’m using a skirt on the top encoder will rub up against the screen. knob choice is definitely dependent on your case design (I recommended a particular knob from thonk for the design I posted above)

I’m unable to progress past the loading screen on any app. Is there something I need to enable before running apps?

That happened to mine at some point, but a power cycle (sleep - unplug - plug) fixed it.

Thanks. I’ve ordered those knobs from Thonk as I think I’ll have a go at making your case as well.

did you update to newest version? (via ethernet)

sounds like a SUPERCOLLIDER FAIL which happens on first boot (just reboot).

FYI - The Octopart BOM does not list Mouser as having the switches available. This is maybe due to spaces in the part number.

Mouser has them here:
https://www.mouser.com/ProductDetail/611-PVA1OAH11.2NV2

Found mine has a short between 3v3 and GND.
Massive pain to find. Will probably end up doing another board. Thanks all.

fyi - there was a tiny mistake in the file I posted earlier, just updated it

can’t seem to open this in illustrator (CS5 or CS6). throws an “unknown format” error.

On AI CS5. File not working for me either.

Weird. The (new? broken?) rPi 3b+ I ordered doesn’t have an audio jack. Anyone seen a board like this before? 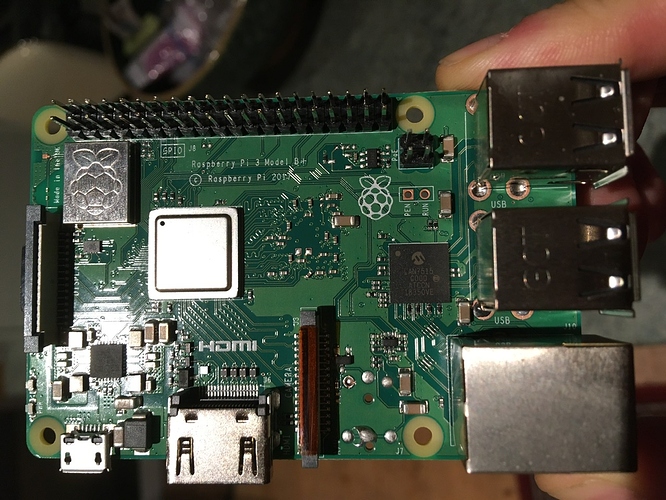 that’s weird, it should be right next to where it says J7 in the photo…

Making some progress, I can connect via ssh, maiden, good! Still can’t resolve this supercollider fail issue though.

norns version appears to be at 191201, but I’m not confident the update completed fully. should i have gotten a message onscreen?

when I ssh into norns, I see the following when i run sclang:

In case there is something that needs changing in config.lua: