DIY spaces and workshops (the thread)

So we’ve got a thread for pictures of gear, tiny studios, and even studio furniture, but even though we have loads of people on here doing DIY stuff, there doesn’t appear to be a thread for sharing your (DIY) spaces/workshops.

So this is that thread.

Even though I’ve been doing DIY shit for a big part of my life, I’ve never had a dedicated space for it. I would always pull out my iron, tools from a box, and set up an adhoc space somewhere to do what I needed, and then put everything back. In a couple of places I’ve lived I could leave the iron out and stuff, but the space would be kind of ‘mixed use’, so I couldn’t do that in perpetuity.

Well, after some house restructuring I now have a dedicated DIY room/space!

I’m still setting things up, so nothing is powered/wired yet, but it’s starting to take shape. 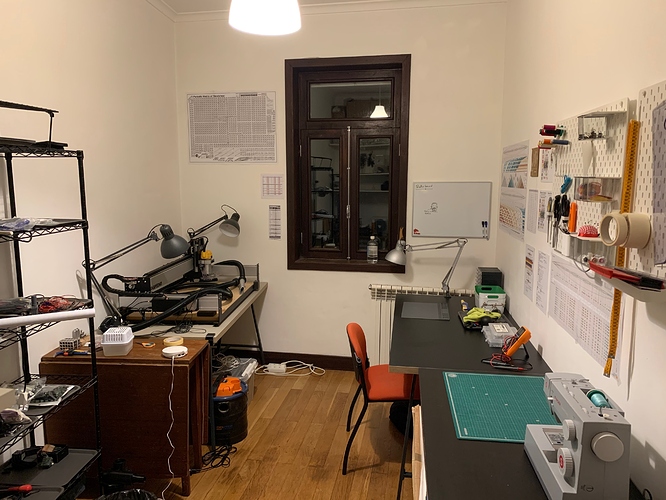 The room isn’t huge, but it’s enough space to have more-or-less dedicated areas to different tasks: 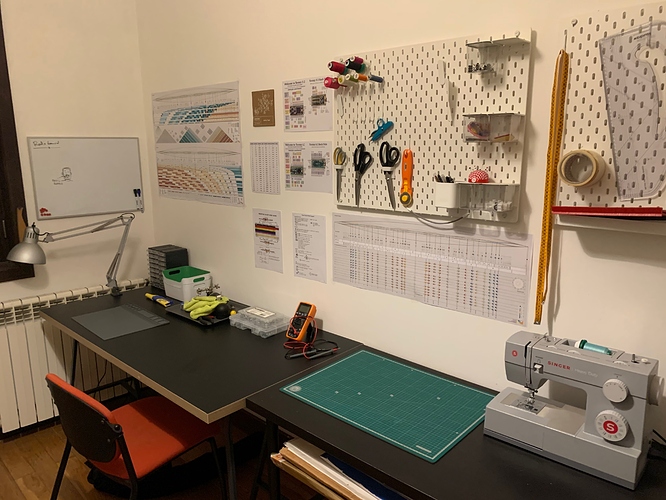 Actually found this the other day (the silk screened box from the first monome I ever bought (used)). The original owner was nice enough to keep it and send it along when I bought it: 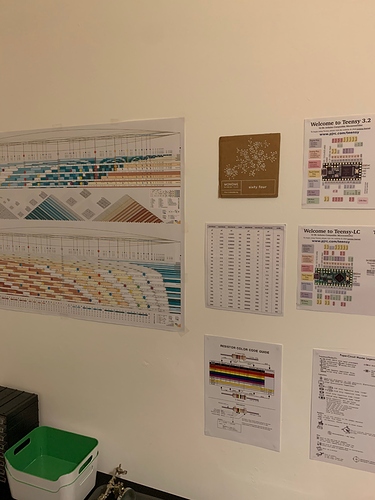 (along with a mix of functional and “decorative” posters)

And the view from the other side, with the 3d printer, storage shelves, and rack for “in progress” projects (that’s the current plan for it anyways): 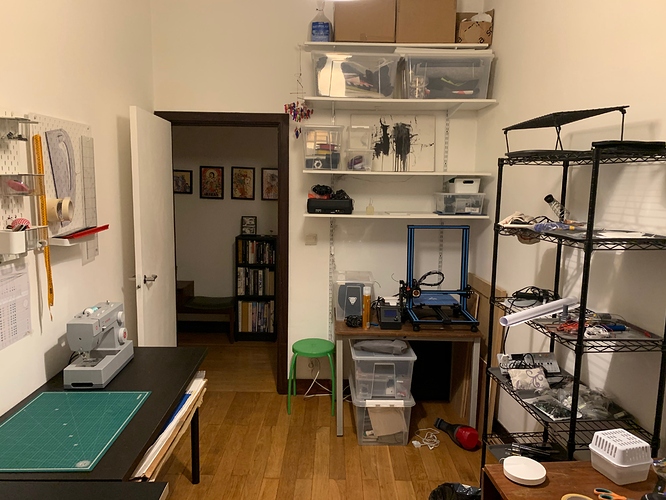 Even though I’ve been doing DIY shit for a big part of my life, I’ve never had a dedicated space for it. I would always pull out my iron, tools from a box, and set up an adhoc space somewhere to do what I needed, and then put everything back.

This is where I’m at. I set it up so all (well most) of my soldering stuff would fit in the little toolbox. I solder out here with the fan pointed perpendicular to me to help push fumes away. It works pretty good but it can get pretty hot out here. Desoldering when it’s 100 degrees has got me pretty cranky before hah. 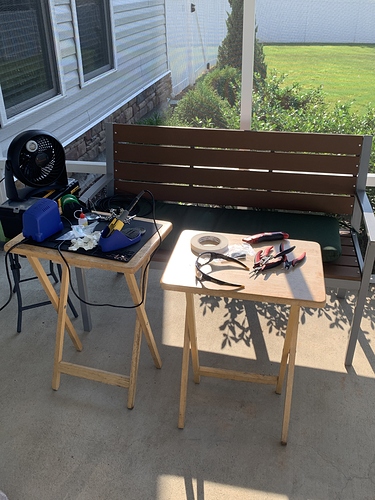 I also have a little breadboarding area set up right now between my computer desk and my synth area kind of annoying that it blocks the closet but I don’t really use it anyway: 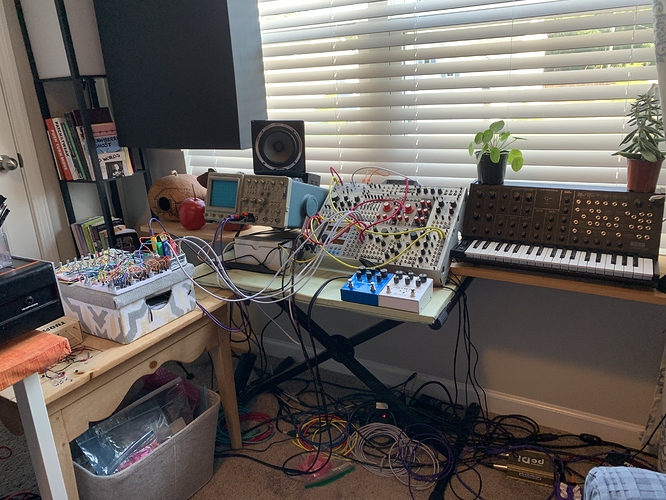 Here’s the mess of wires up close: 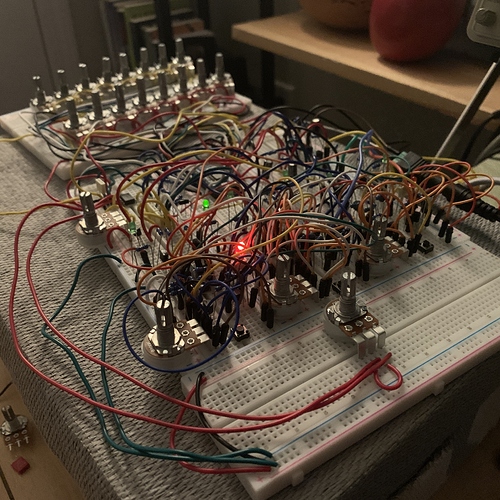 After tons of struggle and searching I finally found a good storage solution for my DIY space!

I initially saw this vid about the IKEA Helmer and that got me thinking that it could make for good storage in my space: 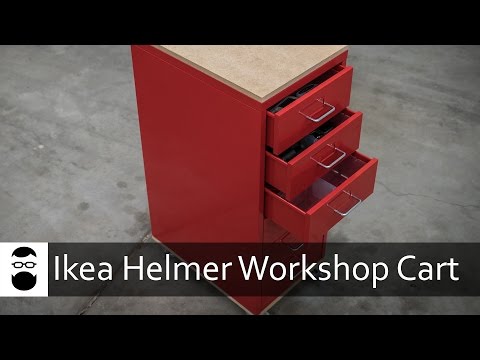 Many of the bits in this video aren’t relevant or useful to my needs, but after hunting around I found this great video: 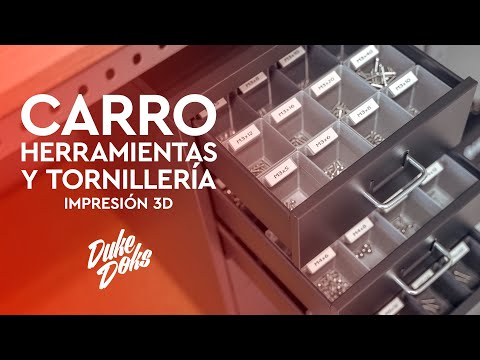 He’s made a bunch of 3d printed inserts for the drawers (on Thingiverse).

Well, after a few weeks of printing, and going through all my spare and half empty rolls, I have this: 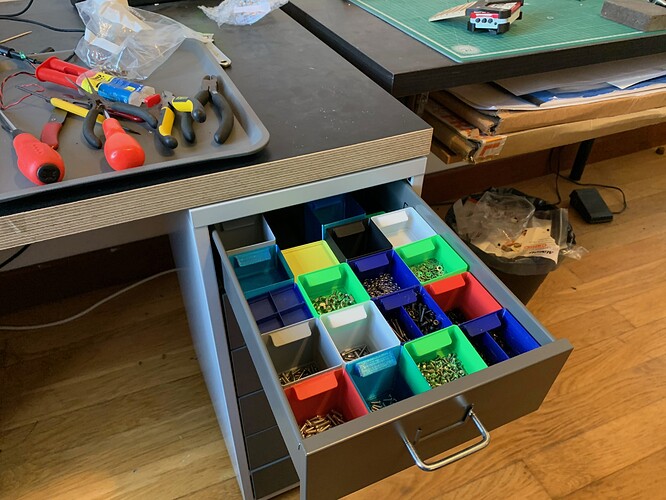 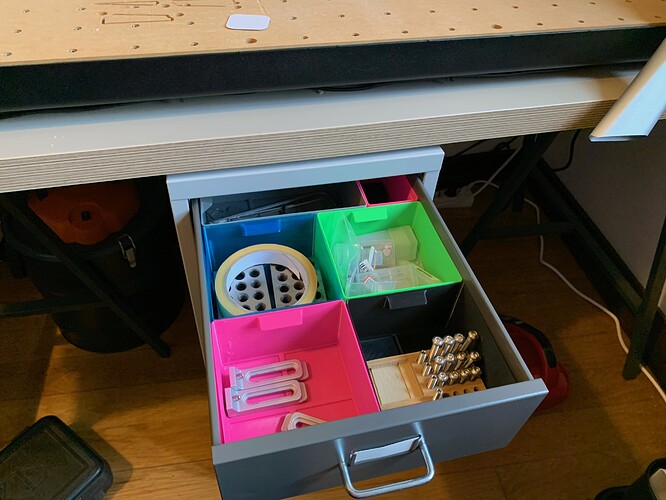 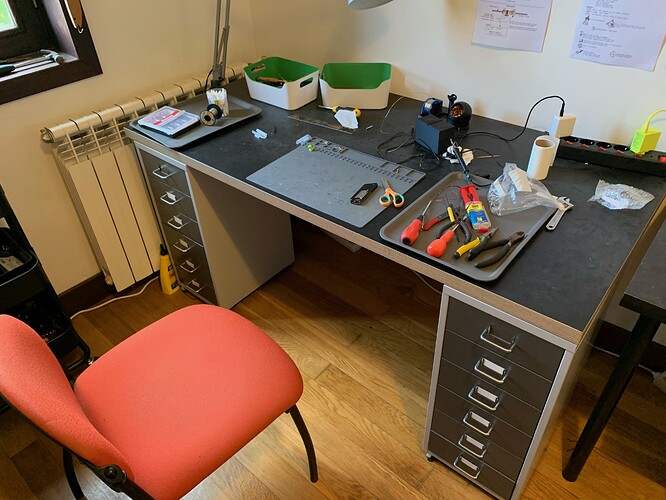 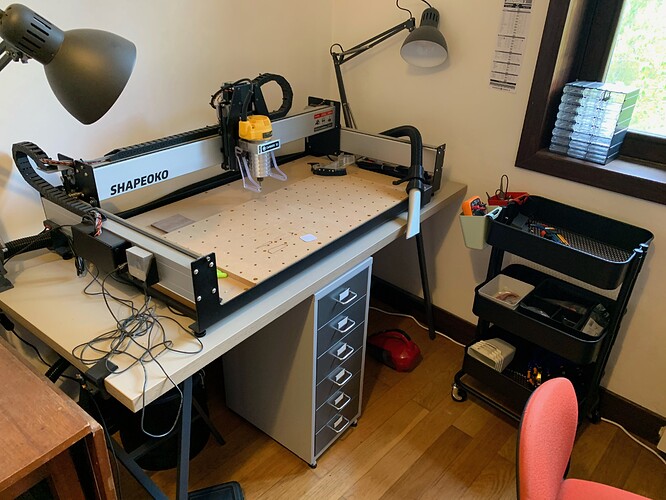 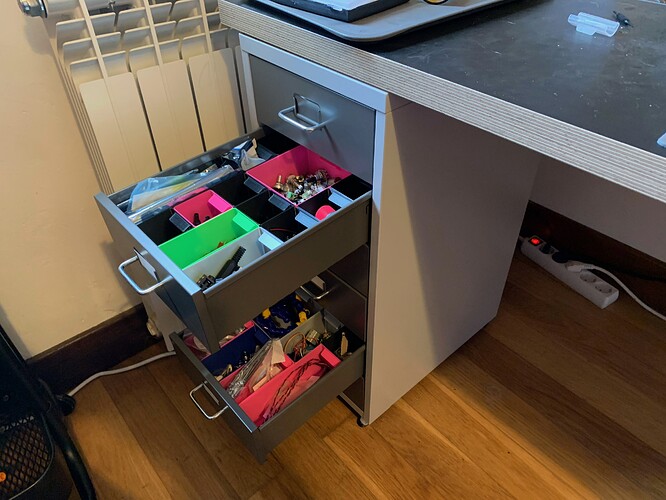 I still need to tidy up a bit more, and I want to turn the trolley into a tool holder, but it’s fucking amazing having things at hand, in a pretty organized way. Also loads of shit I had forgotten, and some cases didn’t even know, I had!

Your space is amazing! I l would to ove to have a cnc

Adam savage from myth busters has all his tools available at first hand. He calls is “first order retrievability”. The talks about it in his podcast or in his book.

The thing I love about 3d print we s is that you can make customs organizers. I just finished assembly my Prusa so I’m in the middle of doing that. I modify a small closet in my music room to have all the things I use to tinker and diy 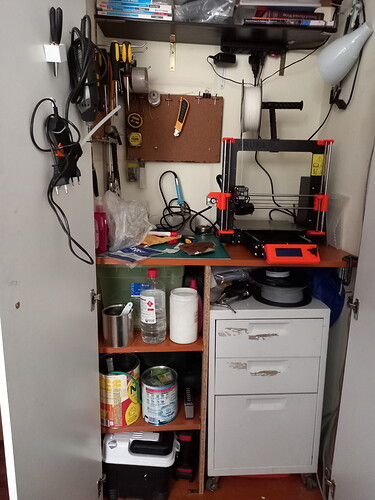 Yeah that’s kind of what I want to do. Though maybe a slightly tiered version. A few tools on the desktop itself (screendriver, plier, utility knife, etc…) then most of the rest of it on the trolley so I can wheel it to wherever is most relevant at the time (more than likely this will mean “to my left” or “to my right”).

I struggled forever in terms of not knowing what to do with all the resistors, jacks, pots, etc… so having that problem (essentially) sorted has been great.