Do I need a sampler or a computer?

My MacBook is getting older and older everyday and it started to have some major problems like absurd overheating and keys not working. I tried to reset nvram and SMC with no success and now instead of buying another computer I was wondering about buying a reliable instrument for a live performance. I play my live show with a band, there’s a lot of human played music but I need to have two playing tracks 45 minutes long each at the same time: an actual sound track (stereo) and a click track (mono) - so I need separate outs. My question is: does it exist a sampler capable of playing such long tracks? Maybe an Octatrack or an Analog Rytm?
Thank you in advance for your answer <3

An Octatrack would certainly work.

This what the process on an Octatrack could look like: https://www.youtube.com/watch?v=ZJp23bq1FdE

I’m a big fan of the Octatrack. Also an iPad could do similar duty by the sounds of it.

the question is: is all that money worth it to just play two tracks? What about a Raspberry Pi + a small audio interface with 4+ outs? That would probably the most cost-effective solution. You could run the tracks from Ardour or Audacity or even make some Pd patches and run rhe wole thing headless.

If the use case you described is the only use for the device, Octatrack sounds a bit overkill. If you have an iOS device lying around, I suggest you check the software called AUM: http://kymatica.com/Software/AUM. It can stream several audiofiles simultaneously quite reliably. Of course, then you would need an audio interface as well, but perhaps you could test it with two mono tracks from the headphone output.

I had to make a similar choice recently, and instead of (re)buying an Octatrack, I just decided to use an iPad and AUM. No gigs yet, but works fine in a rehearsal setting.

But Octatrack is great. Really miss mine. =(

Thanks for your answers. I mentioned Analog Rytm because I don’t want to buy a piece of gear just to play two tracks

Do any of you know if an AR can do the same as OT in playing long samples?

afaik the AR can’t. Maybe the Digitakt. The OT makes for a nice drum machine as well though. Keep in mind that streaming large and long files on the OT might not work as you expect it, but it would work for sure.

About the iPad, not to contraddict Vehka, but keep in mind that it will get you into all that updates and breaking compatibility spiral, which might be something annoying on the long run, though you can avoid that if you’re a bit careful and have a clear focus on what you want.

The AR can do long samples. But it’s an expensively odd way to do it, you’d use up most of the sample memory on the long samples. Actually AR can’t do stereo samples so that’s probably a dealbreaker right there. Here’s another approach: Tape deck! https://youtu.be/MMXEvNUjgCg?t=224

You just have to find one with direct outputs for the 4 tracks. But there’s several models that have that.

If it’s just a matter of hitting play and letting the audio run, maybe a playback device like Cymatic Audio LP-16? Costs $400, has 16 outputs. Only plays mono files, but you could just split a stereo file in two and run to separate outputs.

Radio Music is cheaper yet. 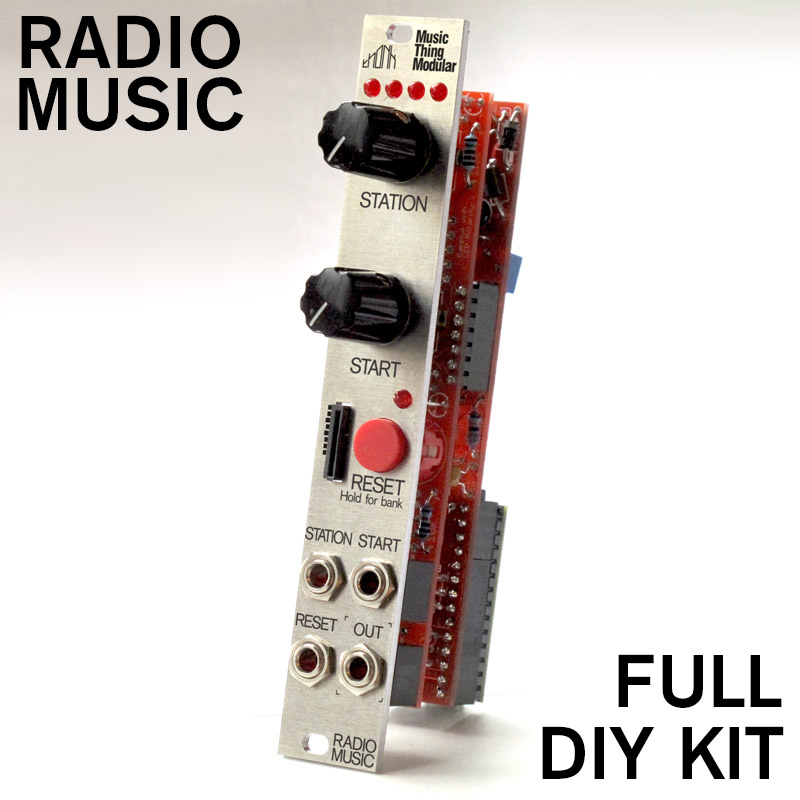 Prices do not include EU VAT