Donnacha Costello - Together Is the New Alone 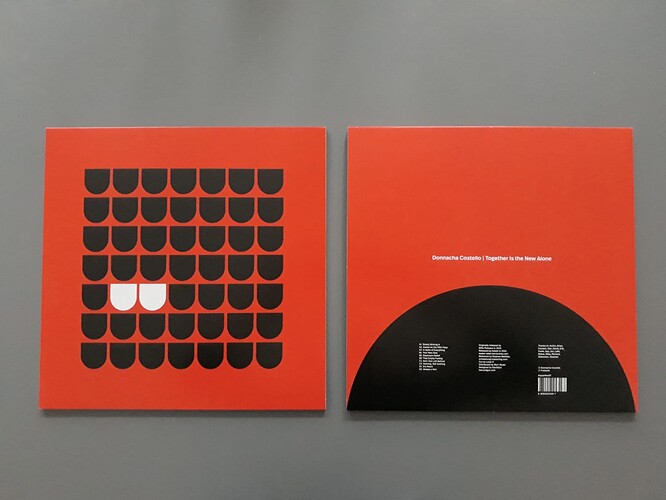 Available directly from https://keplar-label.bandcamp.com/ or from your favourite retailer from November 26.

For its 20th anniversary, Keplar presents an absolute milestone in the history of IDM and ambient music for the first time in its definite form: »Together Is the New Alone« by Donnacha Costello was originally released on Mille Plateaux in 2001 as the second LP under the Irish producer’s given name and firmly established him as one of the leading artists in the field of forward-thinking electronic music after he had primarily made a name for himself with house and techno releases under the Jayrod moniker. This vinyl reissue with an entirely new artwork comprises all ten tracks originally only included on the CD version in their edited and final form in which they were last presented on the digital re-release under the name »Together,« remastered by Stephan Mathieu and self-published by Costello, in 2015.

Truly prescient artists rarely opt for introspective sounds, however that was the case when Costello set out to produce »Together Is the New Alone« during nightly session in his hometown Dublin between April and July in 2001, and it also explains the album’s enduring appeal and unwavering radiance twenty years on. While many of his contemporaries dedicated themselves to explore the musical zeitgeist and notions of the future in conceptual terms, Costello made them emotionally tangible, allowing his audience to feel their underlying ambiguity rather than just reflect on it. »Together Is the New Alone« is an album that wordlessly speaks of the paradoxical sense of social alienation and isolation expressed by its title and thus seems even more topical today than it did at the time of its release.

Working with elements from techno culture, glitch aesthetics, intricate IDM rhythms and lush ambient textures, Costello never once throughout the album adheres to tried and tested formulas and conventions, but holistically moulds complex compositions out of distinct and discrete parts. The result is a record that is at once easily accessible and deeply affecting, but also infinitely rich and stunningly sophisticated in musical terms. A personal record expressing a universal sentiment—a truly timeless statement that will reverberate for decades to come.

Old fav here… How did your setup look when you did that stuff?

tempus fugit, got the original Mille-Plateaux release back in the day. A very similar aesthetic to Dan Abrams “Frame”. Do i hear a Nord Modular on this or is that just me. Anyway great album.

Dan was an influence on this album, for sure. I actually put him on the thanks list