so. monome’s grid, as we know, is a beautiful, extremely durable, low profile, high functionality controller / interface. it is variously used as a midi keyboard, step sequencer, sonic arcology designer, using serial OSC messages, which are sometimes translated to other protocols.

as far as i’m concerned, grid is the best tech out there for an open digital controller (on/off) and low-res display. so, i’ve been thinking, what would the equivalent/companion analog (parameter) controller be?

post questions, thoughts, concerns! if we come up with a good design, I will absolutely spearhead this project.

I’ve been imagining something with rotary softpots and neopixel rings 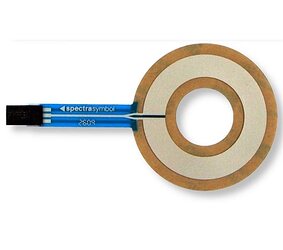 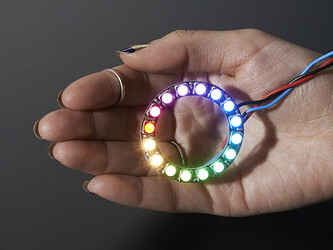 Sort of a very flat 2x4 or 2x3 twister fighter with individually i2c (or even serialosc?!?) addressable pots and light rings.

Quick edit to add that I’m gonna be learning teensy c programming soon to make a little touch plate keyboard, if that goes well and I get the hang of teensy hardware/software, I would definitely attempt a version using this hardware connected to a teensy. I’d need to get the hang of serialosc for the pots and rings to be truly high res and decoupled though.

something like K-Mix Audio Interface Digital Mixer & Control Surface | Keith McMillen Instruments but just a controller would be awesome. i haven’t used the k-mix though so i don’t know if it works in practice.

Love both of those ideas. I haven’t used the touch controls KMI employs but if they feels good that would definitely check the durability and flat form factor boxes!

This seems like a project where the Trill line of touch sensors could be useful. I haven’t tried them yet myself, because I didn’t find the right project yet, but they seem really cool, and you can even cut them to size.
https://bela.io/products/trill/

Trill Ring is a round one-dimensional sensor, capable of detecting up to five simultaneous touches and touch sizes. Trill Ring can fit an arcade button in the middle, and can fit within a Neopixel ring.

Oh wow. That looks sweet. Thanks for the link!!

Unfortunately @zzsnzmn points out that 12 trill sensors is already $180, so it’s probably cheaper to just use optical parts, weirdlt.

16n & bleached could be pretty easily reworked to send 14-bit midi or another kind of message (HID/serial?) with higher resolution.

+fwiw I do find bleached to be pretty sturdy & generally I have a fine time tossing it in a bag, but yea it’s only as short as anything with alpha pots can be.

re: an optical encoder thing I once imagined a controller with like 12 encoders (3x4) + the same screen as norns to display encoder values (numerically). my 2c is smaller LED rings are too low res to be terribly useful with encoders.

That’s great to hear that bleached is pretty sturdy! Definitely pushes it up on the “slightly rework this hardware” list.
that imagined controller sounds amazing. Would be cool to use the same screen as tt/norns to keep it in the family. I’m sort of torn between including displays and firmware/os vs keeping it incredibly barebones like arc or grid, where it does almost nothing on its own but is completely externally addressable

4 rows of 8x ‘PEC11R’ 24 step encoders with monochrome led rings (as in BCR 2000) combined with a row of 4xTrill Hex below.
A Cortex M4 or Teensy board controller for TRS Din Midi/USB Midi outputs and an SD Card slot for a sd card with configuration text files for easy setup/configuration.
A cyan colored status/power led. All installed in a milled aluminium enclosure, 12 mm high, powder coated in black with a polished brass bottom cover plate engraved with an octopus holding a coffee mug (octopus image lent from Prometheus ). 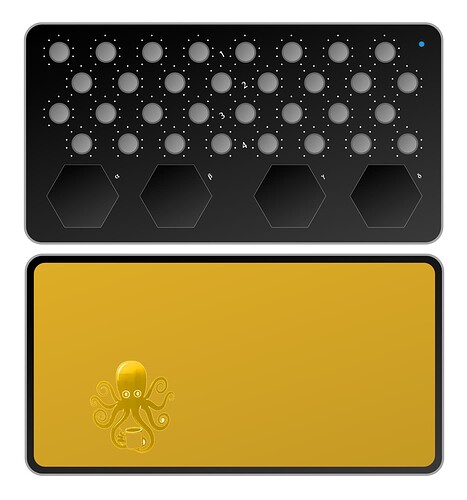 FYI the encoders in the OP-Z aren’t optical, but rather magnetic:

The Digitakt style ‘encoders’ are also nice, which I believe are actually sine / cosine potentiometers:

Hi, I recently got a digitakt (great machine!) and - being the person I am - I just couldn’t resist to take it apart and have a look inside. Here are some photos for those who are interested as well. Flickr album here Compared to the “Analog”...

Very interesting reading, thanks for the pointers. I’ve never heard of either magnetic encoders or sin/cos pots.

I’m sort of torn between including displays and firmware/os vs keeping it incredibly barebones like arc or grid, where it does almost nothing on its own but is completely externally addressable

for a screen I don’t think it has to be crazy fancy or extensive - you could stick with the same simple decoupled model as grid/arc: the controller sends delta values on turn & the USB host sends back 12 floats to display on the screen.

OMG I want the Octopus!!!

I’ve been personally toying with the idea of a set of glyphs (first 6 upper and lower case Greek letters) that match up with an RGB LED for mappable indicators.

Something like: in my app I have transport state mapped to Δ — red for rec, green for play, blue for stop, yellow for reverse.

Also inspired by the OP-Z but with extra symbols to make up for the lack of a companion app.

Love the scribble and the layout a lot. Here’s my own (paper) scribble of a screen-oriented controller, inspired by using the wonderful keys on the m8 tracker: 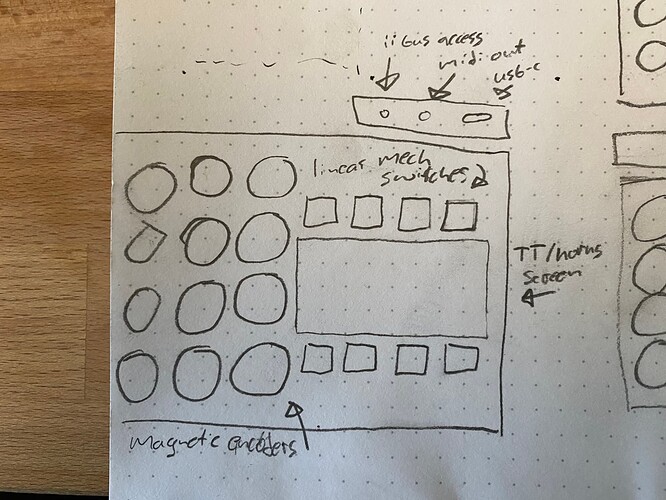 Would have another column of encoders on the left.

The tactile switches might collide with the display connectors top/bottom, check out the data sheet of the display.
A capacitive touch screen (used as xy input) could make up for the surface space lost due to introducing a screen.

good to know… with that layout there’s plenty of space to move them away from the screen. using the screen as an x/y pad is a good idea but i also like the idea of using the same screen as tt and norns. hmm, so many good options!