For a video take a look here: https://imgur.com/a/ltL0zVI 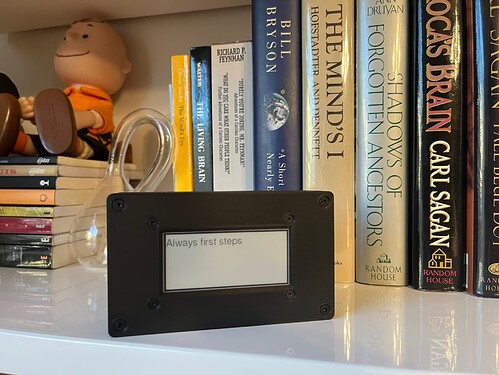 This a project a friend and I are working on, as the title states-- it’s Oblique Strategies but for an eInk display, powered by a rechargeable battery and a solar panel. A new quote is displayed every 24 hours and on a full charge the battery theoretically should last up to three years (regardless of the solar panel).

puts it in a dark closet, sets timer for 3 years

Very cool! What’s under the hood?

I wrote an obliquebot for Slack – you invite it to the channel and it pops off a strategy when it sees the words “oblique”, “strategy”, or “strategies”. It’s often most apropos when it wasn’t deliberately asked for one. 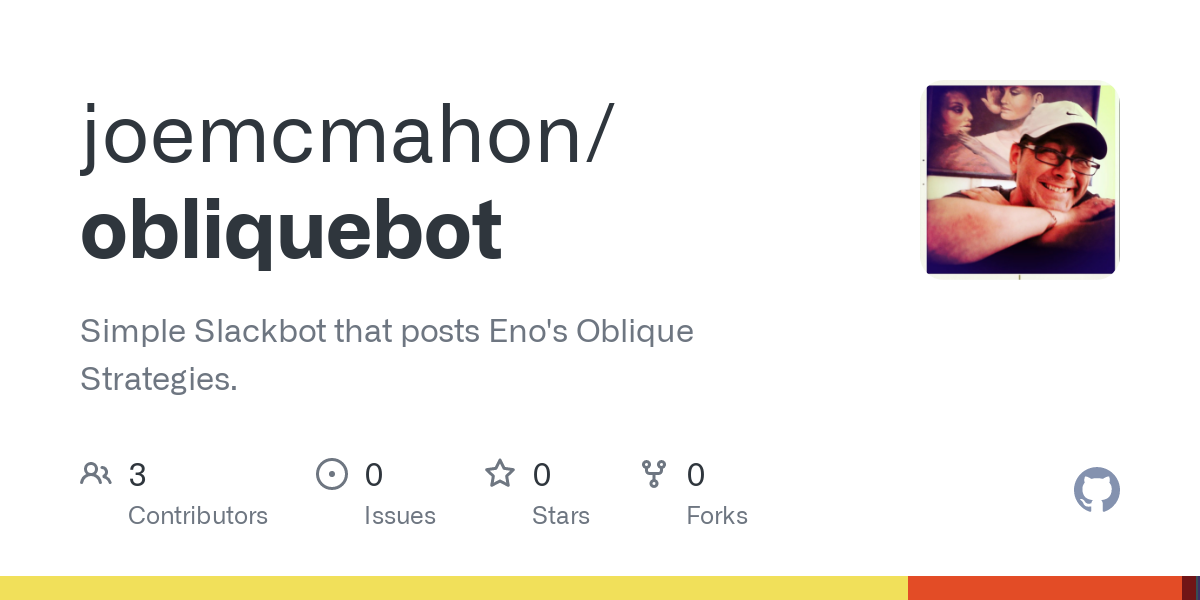 Just in case you’d like a more-accessible alternative. Should be easy to port to other things.

Currently using an ESP32 dev board

This is a neat idea! I have a spare esp and e ink shield, might try my own version…
Also- nice Klein bottle!

Hmmm, and how it works in the context of copyright on text? At least in my country I would be scared to sell such a thing if I hadn’t do quite a lot of international paperwork before, meh.
I guess it might be short enough to fit into some exceptions of some law systems.
Does anyone know?
Does anyone care?

We’re these ever actually under copyright?

I’d at least hope you got their blessing first.

I’ve a feeling that there is copyright attached, but whether it’s to the entire card deck or just the words - the content, to use a very modern phrase which maybe wasn’t used in that way in 1975, I don’t know.

The fact that there are so many versions available makes me think that any copyright issues would be surmountable.

Yes, tricky, not least because the original cards are still sold (tricky from a legal standpoint but also from one of respect). That said, there are a lot of apparently “unofficial” projects out there including commercial versions.

With all that in mind, a small-run DIY or assembled project would probably go unnoticed. Of course, if it was still a concern, it could be sold without the (potentially) encumbered content, with included suggestions on where the content could be found.

We’re these ever actually under copyright?

It’s an interesting question; of the two decks I have, the later directly asserts copyright, whilst the earlier does not:

I also think there’s an interesting aspect of “copyrighted, but not actually copyrighted” if you know what I mean.

Some creators, and Eno strikes me as this kind, that will copyright the product out of general initial interest, but then welcome additional styles of the product. Think of it almost like “open sourcing” a project in a sense, without having an open source license.

But all of this also would be one of those things where folks might be a bit too precious. Make a thing out of respect, charge for your work or disseminate the method to build it, stop if the creator actually feels it is an improper use of their concept.

To be clear, as the creator Eno/Schmidt receive copyright automatically (unless transferred under prior arrangement). There is no such thing as “not actually copyrighted” unless the holder(s) specifically waive those rights. But, yes, it’s up to them – Eno and whomever received that part of Schmidt’s estate – how aggressively, if at all, they assert their associated rights. And why other states such as Public Domain and Creative Commons exist alongside copyright to allow more permissive or collaborative uses.

If someone makes a thing and calls it a name then IMHO no one else should make a similar thing using the same content and name without approval (even if the similar thing is super rad and I want one). It would probably only take a quick email to find out.

Thanks for this. I added it on a local modular slack space.

Thanks for letting me know! And of course do ping me via Github if you have any suggestions/bugs.

There is a bug I think, it seems to be posting more than one strategy at a time. But still nice to have! 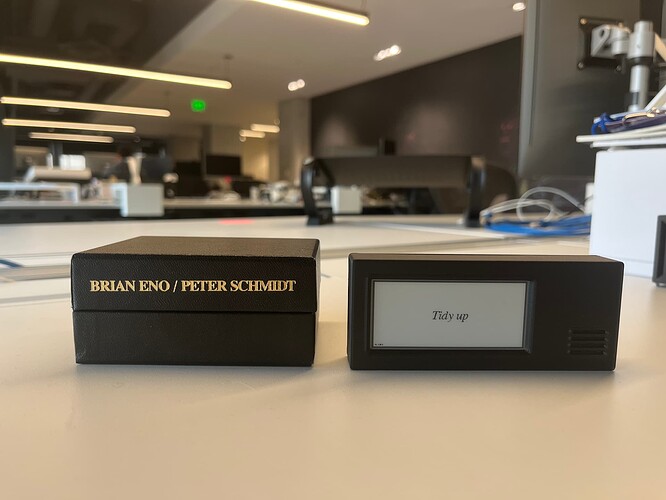 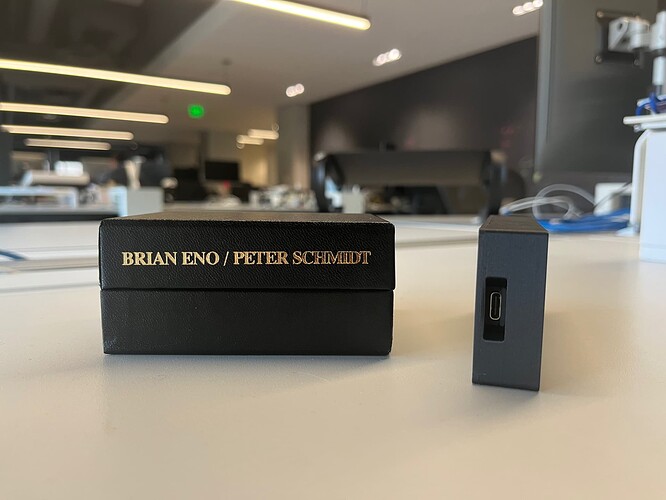 Here’s an update with a revised form factor, this time much smaller and no longer with the solar panel, what are people’s thoughts on this? This seems to be much closer to a finished product. There’s also a USB-C port on the side for charging (should rarely need to be used) with a very subtle charging LED.