Since this was a complete rewrite from version 1, I expect there to be some bugs I haven’t found, please let me know if you find any. 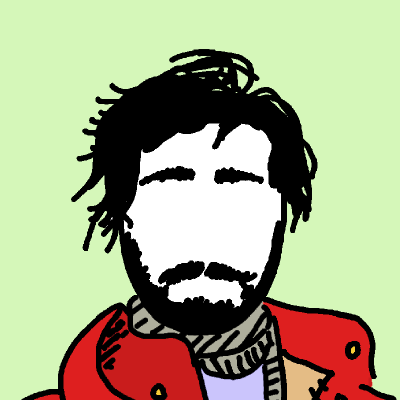 Contribute to tlubke/ekombi development by creating an account on GitHub.

This look great! Shall be trying out as soon as. Particularly interested in the midi side of things.

Cool! I’ve only tested midi with an OP-Z, so if you find any bugs post ‘em here. I’d also love to hear feedback and suggestions.

I’m gonna hopefully have time to try this this week. Wanted to try sending it to VCV. Always dig a good asynchronous sequencer

I’ve added ekombi to the norns-community library - click refresh on the community catalog in maiden to pick it up.

i loaded Ekombi into my norns and for some reason it doesn’t display in the script list.

i can see it when connected with Cyberduck.

even deleted it and reinstalled it and did a norns reset as well as a sleep.

thanks for any help!

Have you installed the Ack engine? It needs that as a dependency.

Where did you install it?

If you don’t have ‘ekombi.lua’ needs to exist somewhere on dust/code/ in order for it to be found in the script list I believe.

i will double check but Ack should be on there.
i never removed it…at least not that i know of.

so i checked that the ACK engine is on there and it is.
i did a re-install just in case.

still nothing shows up.

then i double checked what @Tyler suggested and discovered all the file names in the folder had ‘.webloc’ at the end of them.

i removed ‘.webloc’ from the files and now it lists:
EKOMBI/EBEATCLOCK
EKOMBI

trying to run either of those displays the message: no script information

deleted Ekombi and went back to get a fresh download.
that seems to fix it but…there is still an instance of EKOMBI/EBEATCLOCK appearing with the “no script information” message displaying.

i did do a ;restart with maiden after installing all of this.

thanks again for all the help!

Glad you could at least get one working. That sort of stuff can be frustrating! Sorry I can’t be too much help. Haven’t had a chance to dig too deep in to that script!

just spent some time with it.

it’s acting very glitchy or i don’t know what i am doing.
(which is probably the case)

so it wasn’t playing any sounds loaded in the sample slots at first.
then i got it to make some noiz.

then i discovered…it doesn’t change in real time.
you have to hold button 3 for a bit and upon release you hear the changes which didn’t make sense to me at first upon the first read through of the info.
user error!

thanks again for the help!

Glad you got it working. I’m not sure where the .webloc came from. How did you install it by the way? Did you use ˋgit clone`? ebeatclock is also deprecated at this point, will be removing it from the repo in the next set of changes.

I’m wondering if I should make the change buffer optional, but I also want to avoid having too many parameters.

Glad you got it working. I’m not sure where the .webloc came from. How did you install it by the way?

ekombi is in the community catalog therefore it should be a one button install in the project management view within maiden. If you don’t see an entry for ekombi in the catalog try clicking the refresh button next to “community” in the “available” section of the UI.

@Tyler I could not figure out why Ekombi stopped working for me, it looks like you recently removed beat clock from the current GitHub pull. Is this in anticipation of the forthcoming global clock? I updated via the new “update all” feature in maiden just yesterday.

Is it as easy to revert to the previous pull as simply copy/pasting the previous .lua into the maiden editor then saving?

@coreyr Actually beat clock wasn’t being used in any of the recent versions of ekombi. What was causing the problem was a typo that I committed without doing any testing.

I just committed a fix, so another update through the project manager should get it working again. Thanks for bringing this to my attention.

This looks excellent and I appreciated the use of musical notation in your docs. I think this will be the catalyst to go and build a norns shield for myself.

I got my first modular setup, as well as a crow. I would like to add some crow functionality to Ekombi, basic CV triggers for sure, but I could do more. Are there any Ekombi users out there that also have/use crow?

I still have not had a lot of opportunity to use Ekombi, partially because of its lack of crow support. I only have an OP-1 as a midi source at the moment and don’t have a significant sample library that fits my desires at the moment.