With the update to Digitone you can do this fairly well with headphone out on Digitone monitors the whole lot. So if using something like AUM to mix you can then add FX to master with the Digitone. Really cool and means between iPad and Digitone you have a lot of flexibility - also can then put modular in to the inputs for monitoring.

I imagine it is the same on the cycles but I don’t have one to confirm.

Thanks for the advice.

The perfect iPad Pro + monome + modular minimal, easy to transport but creatively interesting setup still eludes me. I feel I’m only one NAMM away from what I seek though…

Not sure if it’s possible to add via firmware update tho so could be it’s coming. Seems like a no brainer if indeed possible.

When used as a class compliant USB interface with an iPad Pro, does this mean that audio out of iOS apps can be routed out of the model:cycles outputs, mixed with its own sounds?

Yes. It works perfectly fine this way. I have one and have done exactly this on an iPhone and iPad.

Wait what? This works? I have only seen M:C as inputs on the iPad (in AUM) but haven’t seen M:C as outputs.

Maybe the problem is AUM, can’t say because I don’t use it. But as a system wide output for any normal app it works perfectly well. Softsynths, hell even iTunes plays back through it fine.

Thanks for this! Need to test it right away!

I bought the Cycles after seeing this review by Stimming (German electronic music producer). 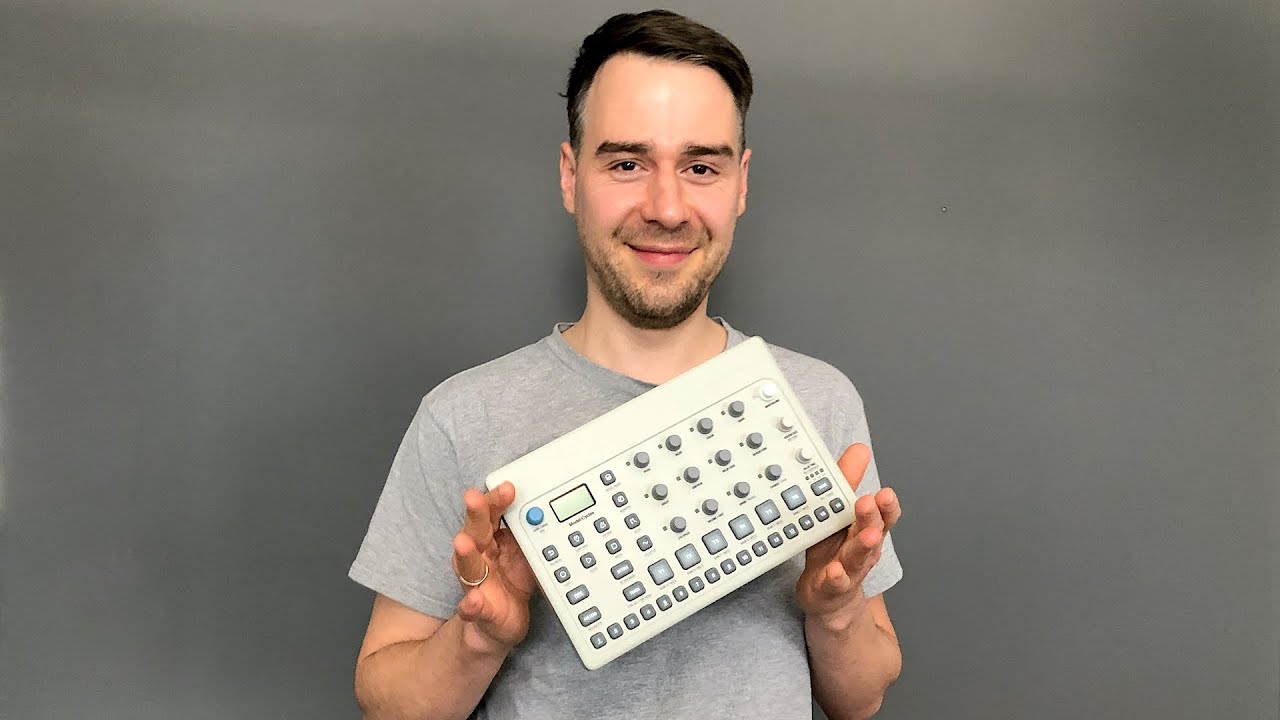 “Stimming” is critical, honest and in love with electronic sounds. When I see reviews from other people, I always have the feeling that they are trying to ensnare the companies.

I especially like the Chord sound engine of the Cycles. Reminds me of the Chord sounds from the Mutable Instruments Plaits Eurorack module, but the functions are more powerful.

The Norns can send quite simple program change (pattern change) commands, so I’m trying to write a kind of Song Mode / Chain Mode script for Model:Cycles or Digitakt, etc. I wonder if other users would benefit from it as well. My first test script is still quite rudimentary, but usable. Each square is one bar long and the numbers correspond to the pattern number. You can scroll through 10 of these 32 bar fields, so I could program a 10 minute track. 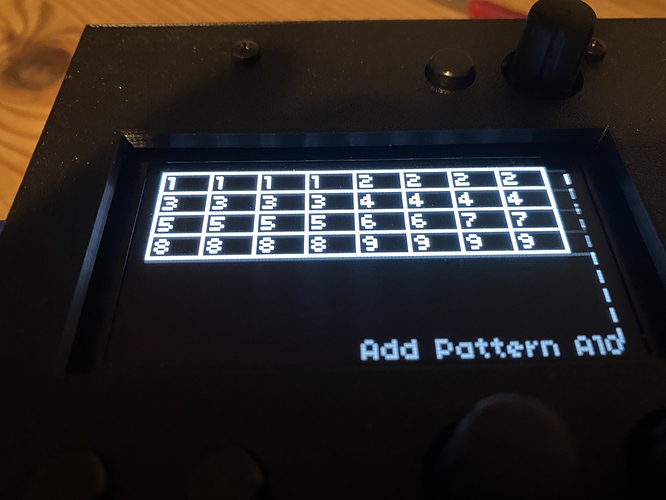 The script is called “Song Mode” (very inventive name). I will post the script file within the next days. 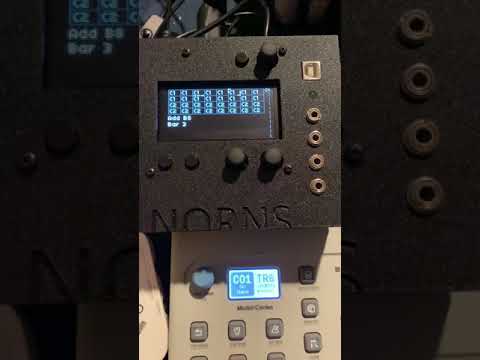 This is awesome, thanks! I’m just digging into the model cycles and have never used Elektron or other similar hardware before. I was recently trying to puzzle out how to change patterns on the fly.

Have any M:C users here experienced an issue where the M:C is late at changing patterns when the TRK scale setting is on? It makes it impossible to effectively chain together patterns that contain tracks with varying lengths… or am I missing something?

to anyone using the Model: Cycles: are you still enjoying it?
I like the purpose and the attitude, I like FM and I’m fluent in elektronese, but I’m afraid the M: C could be somewhat limited, that in some time I’d find myself limited in the parameters chosen by the developers.

I could try it in a store but I’m more interested in the long run, wondering if I’d be hitting a “sound” wall in some time; of course the alternative would be the Digitone, but hey, it costs more money.

Thank you in advance!

I haven’t had my M:C that long, but I think it’s one of the best synth bargains available. The M:C is my first Elektron product and I’m amazed they included the full blown 6 channel sequencer on a low-priced product. It’s worth it for the sequencer alone, but the fm synthesis engines sound great, and have a wide range of timbres available between the engines and the available parameters. If you want to get into complex fm synthesis design, the M:C is not that machine, but it covers a lot of territory and is fun as hell to play. It’s super easy to run off a cell phone battery, and I think the interface is excellent–so it’s very satisfying to use on its own.

Hey not sure if you figured this out but ran into just this issue the other night. I discovered that in the scale setting I had to change “change” to the number of steps in the sequence as well as “length”? I think I’m remember that correctly, don’t have it here next to me. We had a pattern in 10 but when I’d switch to another pattern it was tacking on the additional 6 beats. Hope this helps!

Thanks for your response! Unfortunately, even if I make the “pattern change” the same length as the sequence, there’s still a delay. I’ve tried every combination of length and scale to narrow down possible issues. I’ve gotten a pattern to change as close as one step early or one step late, but never at the exact point that I need it. From my experience and from what I’ve gathered on the elektronauts forum, I’ve concluded that the issue is most likely a bug. The Digitone also had this bug, which elektron addressed in their last update. Unfortunately, the update didn’t fix this issue on my Digitone. My personal remedy is to not use the scale per track function on these devices. If I want to make music that’s polymetric, I just program each of my devices to have a single scale/length setting that differs from one another (digitone=3/2, m:c=3/4, octatrack= 1+).

Anyways, if you ever have the time you should try to figure out this issue with your model:cycles. I’d love to be proven wrong!

Hey. I got mine right when they released it, to replace a Digitone, which I ended up totally underusing as a drum machine. Obviously I made a mistake. In selling the Digitone, not in getting the Cycles. I want both as they offer very different things.

The Cycles is, as stated above, one of the best (percussion) synth bargains there is. Sure, it’s a very much simplified take on FM and its aim is clearly in rhythmic things. But if you’re after a drum machine with a vast sonic palette, a great sequencer, at a bargain price, there’s not much competition in my opinion.

It plays very well with others too. I love processing it through an Analog Heat, as its FM sounds get even more lovely through analog filters, saturation, and distortion. I love pairing its drum sounds with some raw bass and lofi pads from the Peak.

I think I need to get a Digitone back tho.

Are you triggering the pattern change during the sequence, like before it ends, or are you trying to trigger it on the one? I was finding it would only work if I “prepped” the change by selecting the new pattern in the middle of the current one.

I’ll be back in the space with the model cycles on Tuesday and will experiment with this a bit.