I’m interested to find a eurorack replacement for my beloved Deluxe Memory Man pedal, and wondering if any module combinations come close to that sound.

In context, it also seems relevant to discuss bucket brigade delays in general… which ones are nice, which are “almost there” but missing key features (patchable feedback path, for example)

My current thought is to combine two Erica DIY kits: 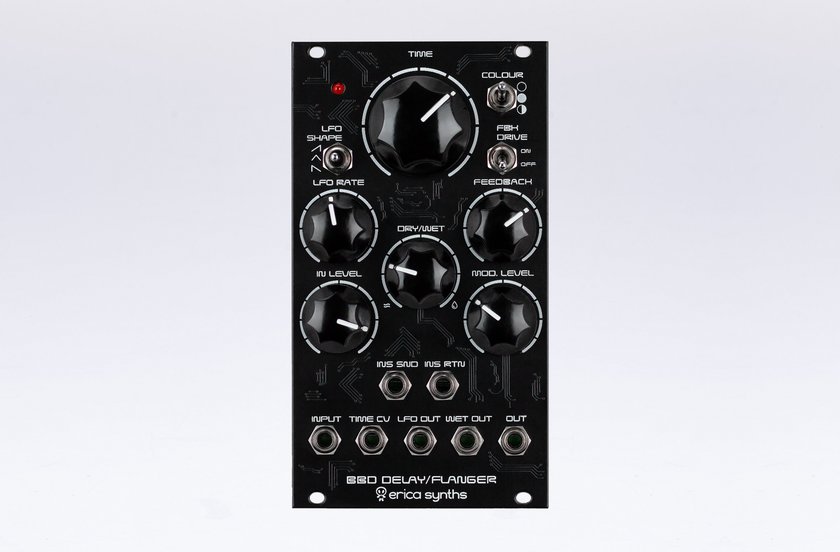 Erica Synths DIY BBD Delay/Flanger is one of the few BBD (bucket brigade delay) chip based DIY modules. The module is designed to provide variety of effects from flanger to delays with adjustable flavours and plenty of modulation possibilities. 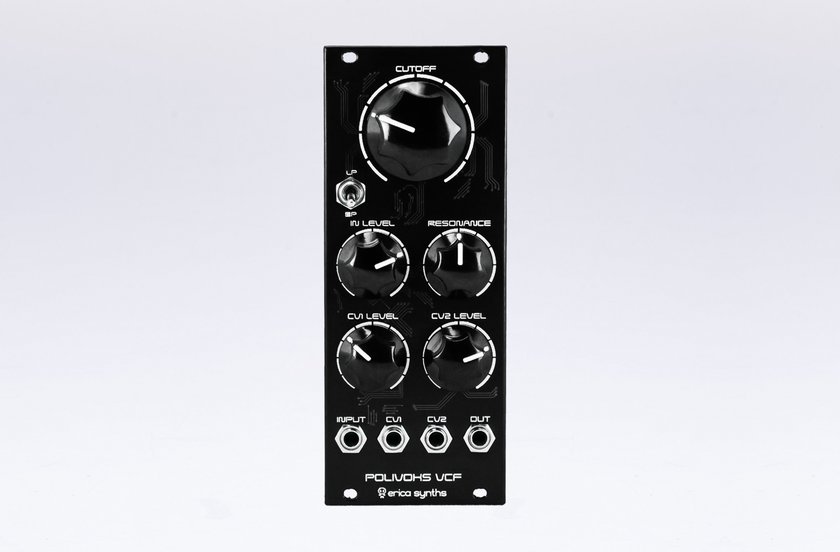 Polivoks VCF is famous for its’ crazy resonance sweeps and deep, bassy sounds that make it ideal for acid basslines.

Since the delay/flanger does have a built-in low-pass, the VCF probably isn’t totally necessary To get the Memory Man sound, but having a modulatable filter in the feedback path seems fun.

I dont know the Deluxe Memory Man. But I have had the Erica BBD Delay. The overdrive and colour settings gave a rich tapestry of feedback tones, but I found I didnt use it for regular flanging often, and I found the delay too short.

I really like my Chase Bliss Audio Thermae pedal. It has 4 BBD chips, and cleanly gets ~1s delays. But it allows you to go from ultra short to 16s (from memory) delays. Obviously its just clock noise at that length but its nice to have flexibility to make ugly sounds. Also it has a resonant LPF and a second LFO that can be set to modulate the filter.

I’ve always been really impressed with Pittsburgh Modular’s Analog Replicator. It’s been too long since I had a Memory Man to directly compare the two, and I doubt they sound the same, but they both have that way of making anything that passes through them sound more pleasant.

Interesting. The delay time of the Erica was a bit of concern, actually. The Memory Man is advertised as having up to 500ms, but many reports I found online claim it was rarely consistent, and usually closer to 350-400ms.

I’ll have a look at the Thermae

Oh, but the Thermae is also a pedal?

i’ve not used any of the above mentioned delays, but i do employ a A-188-1D in my doepfer rig, which shares the same stage count at the erica delay (and i guess the pitts replicator in single chip mode.) you can get some long delays out of it, but at the sacrifice of quality from the internal vco running slower. having a low pass filter (the higher slope the better) to filter out the clock noise on long delay times is a must imo (and there are some cool i/o options for doing that on the doepfer)

I had the 1024 stage A-188-1B for a while, and honestly rather than flanging, I just used it to create wicked aliasing at longer delay times. I used ReaFIR or Isotope Rx6 DeHum to carve out the worst of the clock noise without completely losing everything above about 800hz, but that still left a lot of grunge. I decided I didn’t really need a module for that effect though. I suspect if I’d gone for the 4096 stage version I might have kept it.

Still waiting patiently for this one to be released! Lots to love: eq in feedback path, clock able, and the individual tap outs. Hopefully it will be able to sound a little grimey like the memory man.

The Erica BBD was similar. It has one BBD chip with a reported 300ms, but I dont feel mine got any longer than 200ms without significant noise.

And yeah sorry the Thermae is a pedal. But the crazy modulation options of 2 LFOs (one with a wavefolder type thing which introduces warble), the ability to clock it right down to be a noise maker, and the resonant LPF make it excellent. Also theres MIDI clock sync and analog pitch shifting by precisely jumping in delay times to shift the buffer content by intervals. Its my only effect external to the eurorack case, and I wish they would move into the Eurorack game at one point

The Erica BBD was similar. It has one BBD chip with a reported 300ms, but I dont feel mine got any longer than 200ms without significant noise

Gotcha, this is super helpful, thanks.

I guess also, as long as the feedback path is exposed, it should be possible to chain two of them together to double the delay time, right?

A good temp synced BBD is lacking in the euro. Ideally someone would make a moog mf-104 in euro somehow. Seeing the stereo delay in the Moog Matriarch gives me hope.