EURORACK vs BUCHLA vs SERGE question

So to answer the Buchla stuff, I was the person that emailed Eric Fox. I had an issue with my 208c and he had everything repaired and back to me within about ten days time. It was the fastest and most direct customer service I’ve ever seen. I was talking directly with him and Joel Davel. I asked him if they happened to have any 218’s in backstock and he said I’d better off waiting for the new one, which would be out shortly, with some ‘likely’ enhancements. I think they are really standing by this 208c as its the first major release under new ownership. Regarding the ‘family blessing’ as mentioned above… My knowledge and experience with BUSA is very new. I had no experience with BEMI but the word on the street was that it sucked. Eric Fox seems to be pretty intent on honoring the legacy of Buchla but also bringing products to market that fit the current environment more, ie slightly lower prices, eurorack and usb compatibilty. It seems like his MO is to not make Buchla as much of a luxury brand… but I could be wrong. That’s just my impression. The 208c is still expensive, buts its more in line with Moog, or some of the Euro offerings like Endorphins or something.
I sold the majority of my euro to buy the 208. I only kept the controllers, because there’s really nothing affordable out there for this sort of thing. I have a 0-Ctrl, Marbles, Pressure Points, and another quanitizer going for the same price as one LEM-218. Thats alot more functionality. With that stuff and the 208c, I still found modulation to be lacking. So I bought two Serge panels, the SSG and the Dual Filters. I’m still exploring interoperability and moreso how its going to fit in my case in a pleasing way. If it doesnt work for me, I may just sell the 208 and go all Serge. Buchla modules are just soooo expensive. We’ll see though.

I’ve noticed that after I finish some project I get the need to do a major shift in my, let’s say, instrumentation. After I finished my debut EP which was pretty much recorded live, I started to move out of the ”modular groovebox”. My debut album was quite much more DAW made so to speak, but pretty melodic and structured, so my setup was built around more melodic, westernly tuned stuff with interesting sequencing. After that came strong move towards more experimental, noise/drone setup, and now that my second album is done I’m considering going bananas with Serge or Buchla. I try to rationalize myself out of this, mainly through the financial aspect. I could build a ”Make Noise Easel” in a dedicated case for fraction of the price of Easel Command or single R*S panel given that I have most components already. Instruments like the Easel and Ciat-Lonbarde or Lorre Mill pieces have certain draw over mix and match eurorack setup, even as my rack is pretty focused and thought out in my opinion. I’ll probably end up in somewhere in between, and it’s a mystery what happens next time I go through next shift in my process.

Easel for me is more satisfying played by hand than in say a more automated patch. I almost dont see the point of having just a 208c…I would rather the more modular buchla route .The easel when played with pressure control, using a delicate touch and nuanced patch programming, really comes into its own with a sound and expressive tonality thats unlike anything else.

To the OP I would say if your not really sure then buy neither.

Yep, with some additions like the ability to FM the modulation oscillator, v/oct input, cv input for the complex oscillator waveform, etc., and the whole thing is pretty much on one board, now. Kind of a re-imagining of the 208, which is the top half of the Easel. 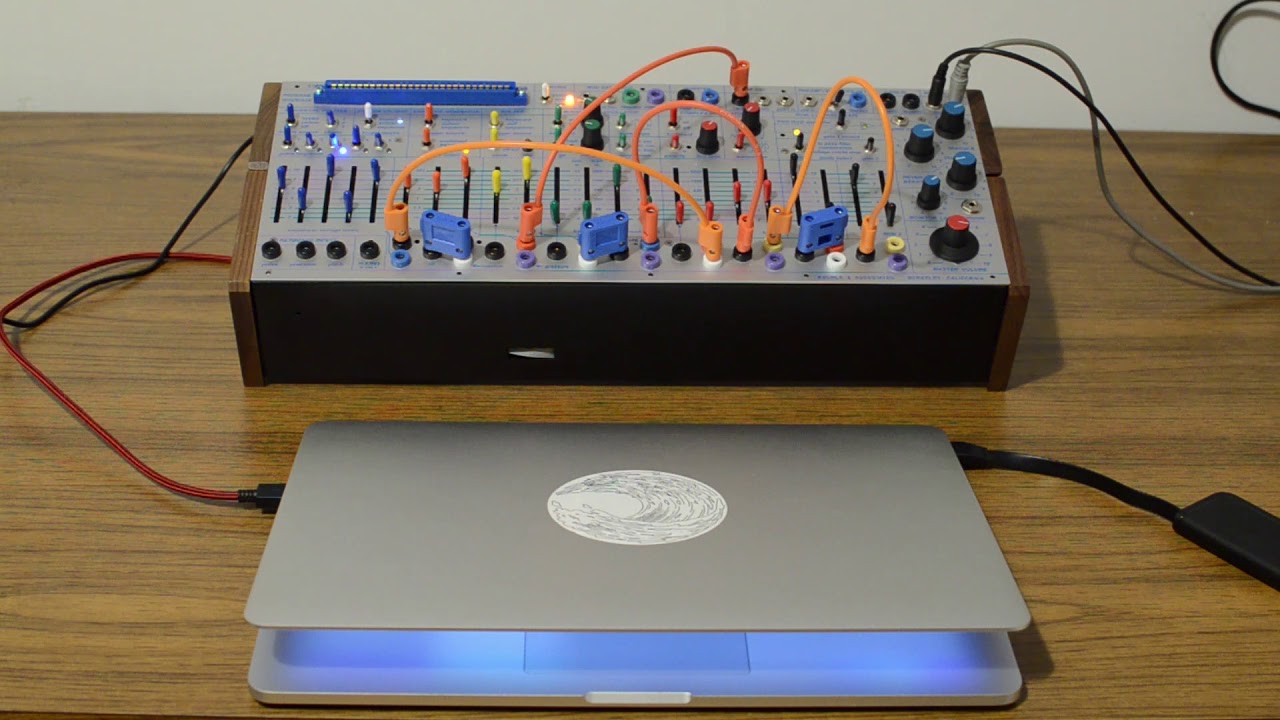 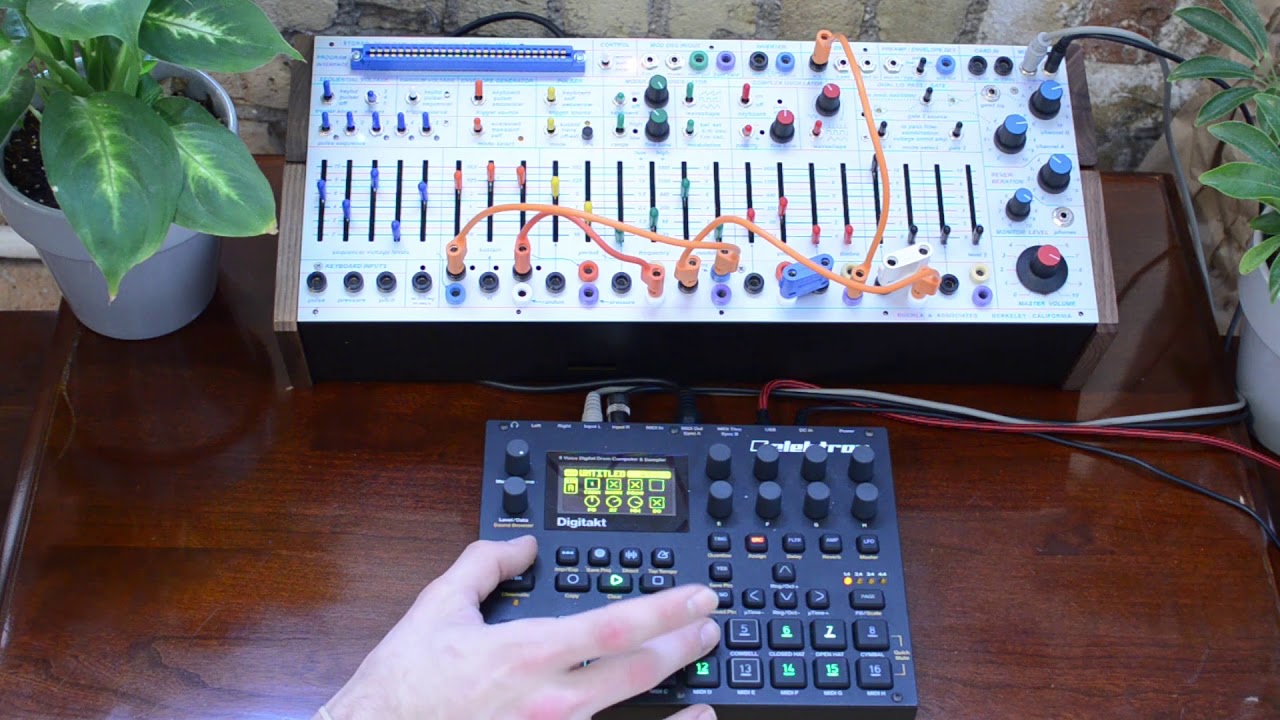 Its got a stereo output , fully midi control and also MPE capability. It also has some added features to boot. Best going on https://buchla.com/easel-command-and-208c/ to see all the specs!

You know , just dawned on me. Why not get a make noise tape and microsound system with a wait on it 208c easel. It would tick all your boxes?

I had an email exchange Eric a while back, too, when my 208c shipped. He said to expect more Red Panel stuff “soon”, though I have no idea what this will be. I have some of the 100 Series Euro stuff they did with Catalyst and I’m wondering if this will be the 200 Series modules he said were coming. Or if it’s Eurorack or 4U.

I think the human comparator is working on modules with them for the 200 re release and i think potentially the 100 as well. interesting to see what happens!

Yeah, they’re working on the full-size 100 series; got to see it at Knobcon last year. Super-cool. Great that Eric is doing so much with the company.

If you have control surfaces etc. already covered then I don’t really have anything more to contribute to discussion. Personally I would probably stay within eurorack to avoid the hassle with converters etc. but I don’t have any practical experience with Buchla etc so take this with a grain of salt.
I gave a listen to the vimeo video that you shared and it sounds very lovely so I will probably check others videos on your vimeo

Yeah I can kind of agree with this… There aren’t a ton of modulation options to make as much self generating stuff with just the 208, I mean you can definitely do it but I found that’s where it feels limiting. It does really excell at bongo type stuff though.

And honestly, it really does sound better than some of the euro stuff I had. I did a direct comparision with the 208c and a Verbos CO with Optomix when I first got it. And while both sound really good, the 208 just sounds more hi-fi. More lows, more 3d sounding, more headroom it seems.

FWIW: for years I regretted going euro instead of Buchla when I dove back into hardware synthesis.
Until the Mannequins modules happened.
Now I’m more excited by the prospect of “easeling” a case built on a mannequins foundation (via 16n etc) than that of a new buchla system.

Thanks, actually I think I’ll go with the commander/sensel, because of the price, but let’s see what they bring on the table with the upgrade, I’m curious!
Anyway, I’ve to sell my TR808 before pull the trigger…

Be sure to read up on that Sensel thing before taking the plunge. Some people like it, but some people are finding they really don’t—the Sensel seems to require quite a bit of fussing with their software on your computer to establish the behavior you want.

Thanks for the advice, I’ll check it for sure.
Can you elaborate, you’re talking about software stability, or maybe something annoying about setting up the controller, there is a lot of effort to put in it in order to being able to perform with it?
Actually I haven’t done lot of research about it, but I heard nice things about the ergonomics …

Yep… I bought the Sensel and returned it. The configuration software was buggy. It was annoying af to set up because I couldn’t find a way to have the Buchla and the Sensel plugged in at the same time to make changes to the Sensel. In the end when I finally got something useable I just realized that patching with a Pressure Points and/or O-Ctrl was way easier and surprisingly more tactile. Honestly the 0-Ctrl and euro banana convertor is the way to go with the 208c. The lpgs respond to the dynamic envelopes really well. The 0-Ctrl is super playable and is in the spirit of the Easel.

I’m very heavily leaning on getting a 0-CTRL and am currently selling some modules I don’t really find much use for to fund it, mostly to be more self-sustained in mt gear purchaces. Serge TKB is something I’ve been wanting for quite a while, but haven’t been able to justify the price really, so I see it as a somewhat sensible middleground and possible very nice controller for hypothetical future banana synths too. Buying an euro version of TKB would feel a bit stupid, getting an expensive piece of equipment I could possibly need an adapter for at some point, or getting a banana version now and using an adapter because I could possibly get something banana in the future.

A while back I was on the verge on selling my eurorack setup in favor of buying an Easel, but I was luckily convinced in that for sale thread not to do it.
I have never tried any Buchla nor Serge (except for the euro stuff) and have gotten to know my eurorack setup quite well over the years. Since I was so close on selling everything I’ve come to like my eurorack setup even more. I made a few swaps, gotten even a smaller case to narrow the field of choices and I think I’ve settled down with what I’ve got (that’s something I’ve said an hundred times over the years of module swapping).
The thing is I’ve never really liked all these choices within the eurorack format, but you can’t beat the possibilities either so it’s sort of a catch 22 situation.