Hi all, i’m excited to release my first solo project titled Every Little Thing. First song off the album is available today on bandcamp, and the rest is streaming everywhere starting tomorrow. If you enjoy what you hear, consider following me on my socials and sharing with likeminded ears. 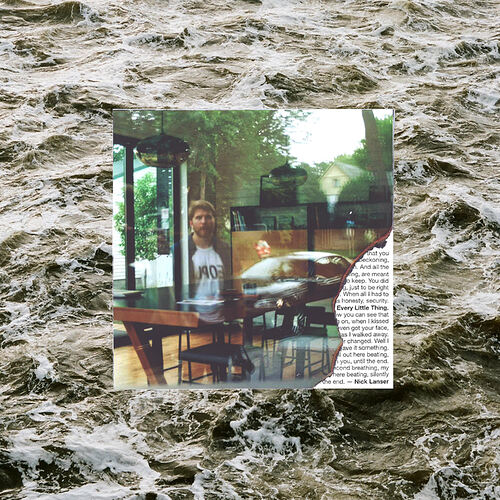 Bio:
Every Little Thing is a story of development and decline. This project, created with conflicting goals and visions, highlights the importance of love amidst confusion. This album is Nick Lanser’s first solo release and represents a chapter of musical exploration and discovery. Born from moments of love, despair, and coming to terms with life’s many uncertainties, these tracks reflect on the understanding that nothing lasts forever, the importance of not taking life too seriously and the peace that comes when you stop trying to be something you are not. This release is a return to the intimacy of isolation.

Every Little Thing follows an unconventional album structure with four indie-folk songs followed by five modular synth improvisations. Recorded and mixed by myself, Mastered by @taylor12k .

The album is streaming everywhere now - Thanks to those that have listened!

Gave it a very quick first listen and I really like what I hear! Unconventional maybe, but I have to say that, while I was expecting the modular tracks to be kind of very different from the rest, I feel like the two “halves” work together quite well!

Months later I am still listening to this! I have to say that the way the singer-songwriter part morphs over into the modular improvs is so fluid and organic that it really feels like a natural progression. I hope to be able to hear some new music from you in the future!

Thanks so much for listening! 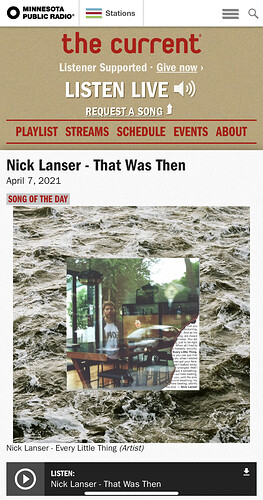 Just wanted to quickly share that “That Was Then” has been featured as song of the day on The Current. Thanks to everyone that has listened!

Nick Lanser - That Was Then

Nick Lanser - That Was Then

Just started listening to this and it is already beautiful! There’s a hint of Nick Drake vibe, which is really nice!

It’s so cool to hear the different sides of Lines musicians, given the general electronic orientation we all share…

Thanks so much for listening!

Totally agree. In fact, on the first two tracks i used norns MLR for granularization of vocals / synth tracks.