I love this thread. But it raises SO MANY QUESTIONS. I don’t even know where to begin.

Maybe here: have any of you tried playing back any of these scores? Which seem most useful to you as a musician?

I’ve played from many of the scores I posted, and many more similar to them.

I suppose it depends on the piece and what the notation is trying to communicate. I tend to prefer scores that deal with sounding results rather than physical motion, as that can often be misleading, or require additional layers of “pencil” notation to be added to the score.

But it really comes down to what size/shape/parameters you (as a composer) want the performers to focus on while learning/performing the piece. Notation is NOT an absolute thing, even in the strictest of approaches. So the notation acts as a (very colored) filter through which the music is communicated ‘through’ (simplifying music to ‘communication’ for the sake of this metaphor).

Are there any particular pieces where you feel the composer was particularly successful at communicating intent?

If I were trying to answer that question, I’m not really sure how I’d go about evaluating success in this context, unless I had some “extra” knowledge of the composer’s intent, beyond the score itself. But maybe through interviews or other artifacts, you do have some of that additional perspective about some of the pieces?

The most successful ones were generally paired with working with the composers themselves. I didn’t most any of that stuff really as they tend to not look especially different (like others in this thread).

Of the ones I posted String Study #1 works well, though it is a simple concept/notation.
The ‘classical-ness’ of the piece also comes through in the notation, which is part of the vibe of the piece.

The Saunders stuff is interesting because the notation is also the instrument. It’s pages upon pages of things like that where you do the instructions on the page TO the page. So that’s a good/interesting fusion.

For several years I was in a new music ensemble which played lots of scores similar to the Sanchez-Verdu/Lachenmann. I tend to dislike handwritten scores unless there’s a REALLY GOOD reason for them to be handwritten (which there often isn’t, other than it being “cool”).

Wow, this is great @Rodrigo!
Except for the Helmut Lachenmann score which I posted some excerpts from earlier in the thread, all your samples are totally new to me, and a great addition to this archive!
Thank you!

Ah, missed the Lachenmann, but glad to throw some new ones in here for ya. As I said, you’ve been crushing this. (I wouldn’t say I’m uninformed with (graphic) scores, but I didn’t know 80%+ of the stuff you posted)

love me some Dawn of MIDI, so will have to check this out.

another Cardew: “The Great Learning”. This is part of the fifth paragraph 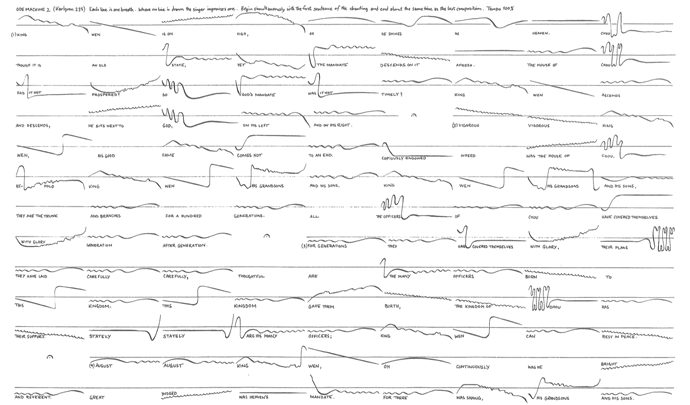 As a hardcore scratch head I was always interested in scratch notation… not sure how i felt about trying to sight read it… but its defiantly awesome that it exists. Turntables are real! Instruments!
Here are a few scratch notations explained: 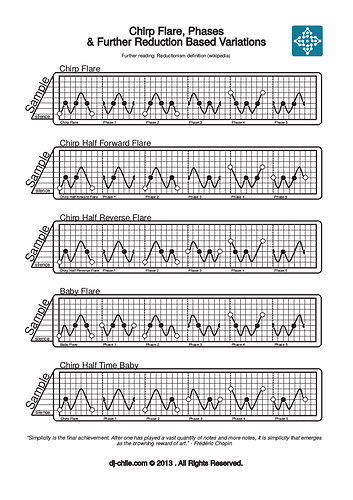 REALLY COOL (flash based) animated scratches/staff with audio (Herbie’s - Rockit is noted and plays on main page) SO COOL:
http://ttm-dj.com/

already mentionned by @laborcamp but i can’t resist : Toshi Ichiyanagi there
(and also the blog looks good) 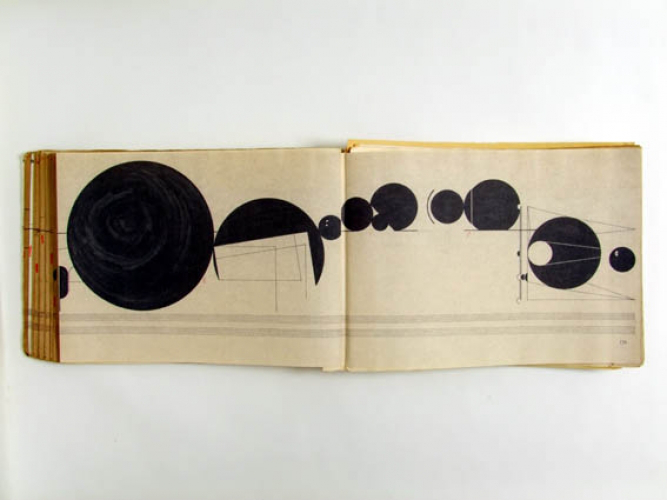 A couple of days ago, 3 friends and myself performed a 12 minute version of this very piece on Ciat-Lonbarde instruments. It went over very well, the audience liked it. We had a great time playing Artikulation.

Here is a link to the recording: https://soundcloud.com/shreeswifty/clpc-artikulation?utm_source=soundcloud&utm_campaign=share&utm_medium=facebook

i recently had to make a graphical score for one of my pieces as part of a collaboration i’m involved with. here’s the original piece: 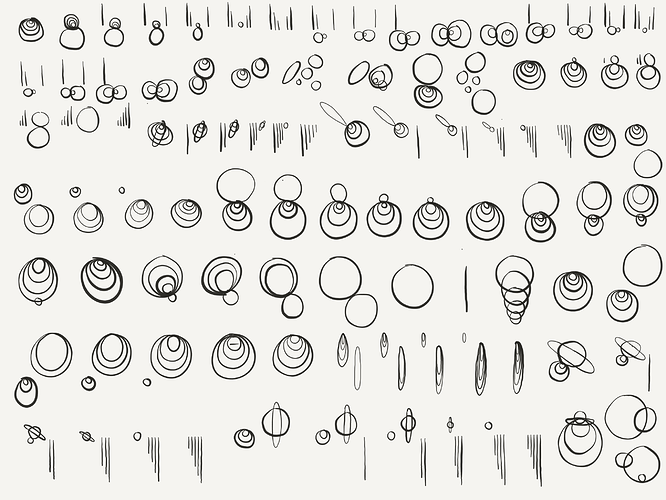 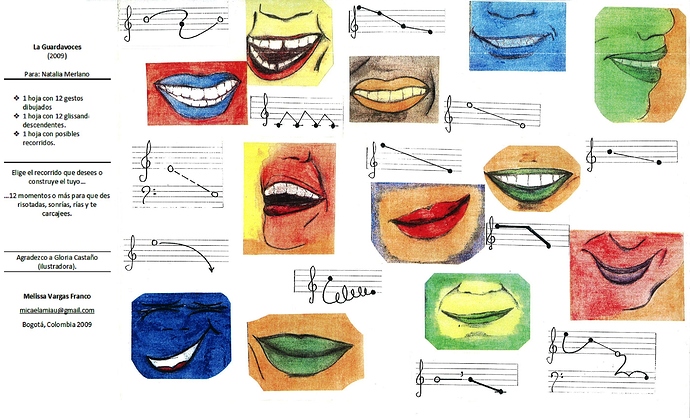