My EX finally came in yesterday, loaded up a stack of Mellotron samples into the multisample player… using two cv/gate pairs sequenced by crow into a rossum evolution ladder filter… pretty hard to imagine this getting old. Quite excited about i2c integration. Choosing the sample folder with the encoders is super touchy, but if I could shoot it a teletype command to switch folders that would be nice.

Hey there – trying to get a newly arrived faderbank working with the disting ex via I2C. I set up the 16n as leader. Connected a trs midi cable to the disting and the faderbank. Disting doesn’t seem to be getting any messages though. The I2C history on the disting is just pairs of zeros. Am I missing something obvious here? How else can I test? Non-I2C function via CV worked great.

check if you have i2c pullups enabled either on faderbank or the disting (should only be enabled on either one, not both), and check which i2c address the disting is using.

I am also having trouble with this if anyone could help? 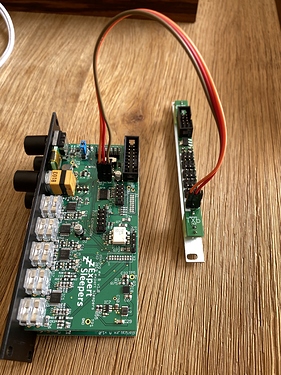 With 16n - Pull ups set on and set to leader in config tool.

I don’t see anything in the i2c history on Disting.

I tried both a standard audio TRS cable and a TRS AxB cable I assume it is wrong cable but have no idea - not played with i2c before.

The trs midi and i2c ports are different ports!

The CV functionality just sort of works as long as there is power coming in to the 16n and there are no problems with the physical build. The i2c and midi rely on the teensy being flashed with the firmware correctly. Good news is there is a web midi test and configuration device. 16n Firmware 2.0.1: release and official thread Being able to verify that the midi over usb is working means that there is functional firmware on the teensy.

You will need something like a txb or a simpler i2c trs cable will have to be broken out to a 3 pin jumper. The orientation of the wires is also important (though if it’s wrong it just won’t work, it’s not a red stripe in the wrong place let the magic smoke out kind of problem).

The trs to 3 pin jumper is something that can be soldered together fairly easily if you have the parts sitting around the house and should look a bit like this: 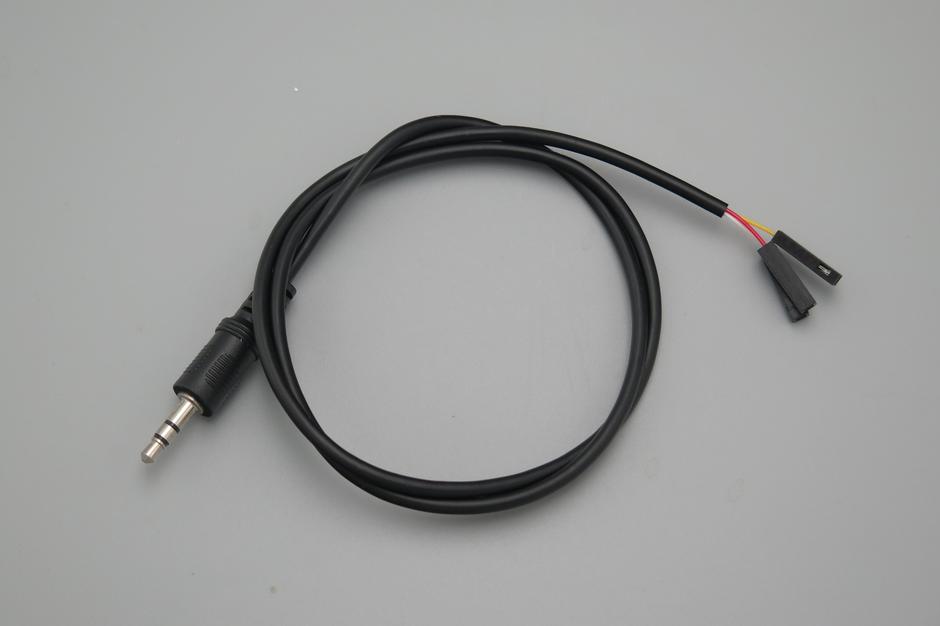 I have that exact cable put together by Michigan Synth Works.

Maybe I missed this elsewhere, but I found that the I2C address for the 16n is 0x34 (per the firmware repo) so made that change in the disting MIDI/I2C set settings (I2C Address 52 0x34). (EDIT: This is bad info per desolationjones instruction)

I thought this discovery combined with the right combination of pull up switches would get me there. Not quite. Still zeros in history.

I did connect to the editor and confirmed midi works as well. So, the unit is A-OK, just something not connecting yet on I2C.

@lisles You’ll want to change the disting address back to 0x31. That’s the target follower address for a 16n. Make sure you are using the i2c Jack on your 16n and not the midi Jack.

@dangriffiths the TXb has pull ups if you connect it to power, so you should disable pullups on both other devices. Doubling up on pull ups shouldn’t cause no i2c signal though…

hm., ok, I switched back to 0X31. The trs is jacked into the one nearest USB/Teensy. Pretty sure this is right. I think I’ll go mow the lawn or something and come back to this later.

Thanks so much. It was actually stopping the signal - turned pull ups off on the 16n and messages are coming through to Disting now. Now the work out the rest of it haha

Mowed the lawn and took a fresh look at this. During a round of unplugs and plug back ins, I mixed up the GND, SCA, SCL orientation on the back of the Disting.

I’m in business now after a rebooting both the disting and the 16n.

Combination working for me now:

Now should I go back to working in the yard on beautiful day or fall into a lovely hole of sound? Hard decision!

looking for recommendations for sample libraries - are there any good libraries that could be used with disting without having to do any conversion / file renaming?

also, what’s the easiest way to auto sample using something like ableton live?

If you’re on MacOS Mainstage is a good value - $30 for pretty much all of logic’s sound libraries/instruments plus it has an autosampler plugin built in.

As far as making samples work with zero file renaming/prep, i think the only way is using disting EX’s built in autosampler which would mean having a midi out breakout then sending that midi to trigger instrument racks/vst’s in Live while simultaneously piping audio from live back into the EX to record.

i’m on windows - found a way to do it easily with renoise, it has the auto sample function. and looks like i don’t need to rename the files.

now that i’m spending more time with SD multi sample i’m noticing some pitch fluctuations, has anybody experienced anything similar? i have a fixed pitch and a gate sent to the disting - sounds fine, but then if i change to a different folder it sounds like slight pitch bend - and it becomes more noticeable for a second if i change env time.

Good news on Renoise. Will give that a go tomorrow. I’ve definitely noticed pitch fluctuations but have been rolling with as “extra warble”

I have a version of Chickensys Translator so what I’m doing is converting some of my existing sample libraries into SF2 format and then using this script (https://github.com/expertsleepersltd/sf2_to_dex) to unpack them to Disting’s sample format.

Still waiting for my EX to arrive so can’t say for certain how well it works, but I can confirm the SF2s I’ve created this way work as expected.

This still doesn’t seem to be in stock anywhere in the uk.

It’s not in stock anywhere. Massive demand, slow supply due to the state of the world. If you want one, pay attention and be ready to pounce. Or pre-order with a store you trust.

They are in stock here in Canada, just purchased one from Moog Audio. Get them while you can.

Mine arrived today, but will probably be a few days before I get to explore it. Looking forward to exploring it!