(I originally posted a few replies about these albums but I forgot this category existed so I’m going to make a more formal announcement here.)

I have recently released my first two official albums. The first to be released was “Milk”, with the second being “Eldest”, released a month later. 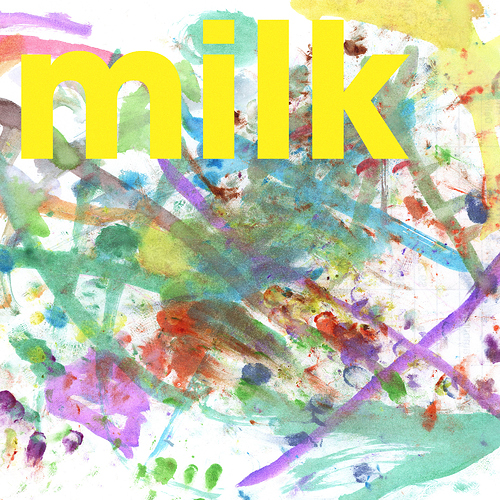 “Milk” is something I’ve been working on for quite a while. It’s named after the very first tape loop I ever made, which was the basis for the first track. After having worked strictly in Ableton with VSTs and stock loops for the majority of my musical career up to that point, it was kind of a mind-expanding process for me, doing things more out-of-the-box. When I was a kid, I experimented a ton with cassettes, crude multitracking techniques, and field recording. Working on this album had a kind of full-circle feeling to it, which enforced the idea that this album would be more focused on my childhood experience, and trying to tap back into that raw, naïve creative energy that children naturally possess. Whether or not I succeeded at my goal, I’m not sure. I just know I’m proud of what I made.

I’ve also chosen to release this album on cassette. Should you be interested, you can purchase one of your own on the Bandcamp page. Limited to 20 copies!

Here are a few download codes. Redeem them here. 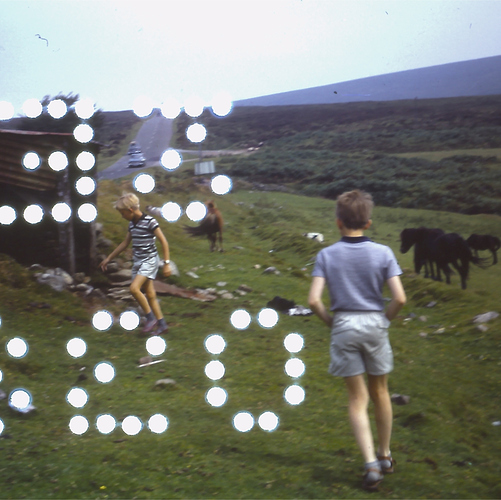 This past year I’ve been riding a sort of creative high, beginning with the inception of my first album “Milk”. It resulted in me recording far more material than I needed or wanted to include on that album, either due to tone and feel or for other reasons. However, I still felt that much of that material was fairly strong and could stand on its own, so I decided to compile a second release comprised of those tracks. You could call this a “b-sides” collection, but I prefer to think of this similarly to how Radiohead thinks of “Amnesiac”. True, the tracks may technically be leftovers from the first album, but I still feel these tracks compliment each other nicely and capture a consistently melancholy tone that I quite like. Plus, I think there’s something to be said for purging your backlog after a creative streak, getting everything off your chest so you aren’t stuck dwelling on the past. Therefore, “Eldest”. With this release, I was interested in exploring the concept of hauntology and lost media, etc, things that I hope to explore further and deeper going forward. I thought this release would act as a nice bridge between “Milk”, a fairly light and innocent work, and what is most likely going to be a much darker, depressive third album. I hope to get working on it soon.

No cassette release exists for this album yet. Maybe in a year or two if people express interest I’ll consider it.

Here are a few download codes. Redeem them here.

PLEASE COMMENT WHICH CODES YOU’VE USED SO I CAN CROSS THEM OFF!

Thank you for your time and attention.

I used the bottom code for both.

Thanks. I’m especially enjoying the Milk collection. I used the center code for both.

Sounding great! I’ll let someone else have some codes, putting these both on my wishlist.

Can you say a bit more about your workflow? Is it back to making tape loops? Or one of those tape delay boxes?
And loops of your own keys? found sources/samples?

I used these two codes, enjoyed reading the stories behind each album and am looking forward to listening to them both.

I hope you enjoy them!

Sure, I’d absolutely love to share some details! Not many people have asked so this should be fun.

Almost every song on “Milk” is based on at least one 4-track tape loop that I hand-made. Most of them are the standard 8 5/8" cassette loop design, which gives you about 5 seconds at normal speed.

The foundation of a loop-based track doesn’t have to be very complicated at all. In fact, I had the most success playing a few very simple, random notes with little forethought using unspectacular-sounding instruments. The result of recording to tape and slowing it down by half or even double can do wonders; putting too much thought into the initial sound and performance would only serve to muddy and confuse. I was often surprised after slowing down the tape how well all the separate elements worked together, despite having paid very little attention to what I was playing. It’s rather like automatic writing, really. Half-speed and repetition can really make sense out of simple randomness.

Many of the tracks use two 4-tracks running two tape loops of varying lengths. Most of the songs were recorded live, then edited for brevity. I would then add some incidental sounds to kind of break up the inherent monotony that can plague such short loops.

The majority of the sounds used on the album come from toy synthesizers I had laying around. These include the Yamaha PSS-270, the Casio MT-100, and the VL-Tone. I also used the Yamaha TG-33 for the basis of the loops for the title track “Milk”, but it was never used again on the album.

I intentionally used very few effects on the album. Well, partly intentionally, partly because I had no physical effects units at the time. But I enjoyed the raw, no-frills quality that bare tape has. I liked the idea of making ambient music that was more rough around the edges than some of the stuff I’d been hearing, not so great a focus on reverb and delay, instead focusing on the natural hiss and low-fidelity of cassettes to give the tracks texture. A few spare bits of reverb here and there, though, thanks to my mixing board’s built-in effects.

Something also worth mentioning is the Bastl Microgranny. You’re probably aware of it, but to recap it’s an 8-bit sampler. I used it to trigger samples during live performances of my tape loops, and I also used it to color and warp melodies before recording them to a loop. It was pretty vital in the creation of this album, I guess.

I used quite a few samples I’d taken with my micro-cassette dictaphone, as well as recordings from WebSDR and some things my friend recorded. The “bonus track” that’s available with the purchase of the album or cassette features a tape recording of an interview my mother conducted with me when I was 6. I stumbled across it while searching for samples to round out a sketch I’d made to fill some time at the end of side b in preparation for the cassette release, and I was pleasantly surprised by how well some of my quotes fit topically, as well as how nicely it summarized my focus on childish creativity at the time. That was a long sentence. I don’t think I used any other samples.

All of this applies for the most part to “Eldest” as well, except for the addition of a few new sound sources. I used a banjo, a fiddle, and the Norns on it.

I’ve really shared beyond what anybody cares to know, but it’s fun talking about it. I hope you don’t mind.

I’d love it if everyone wrote as much when they shared a release, tbh! Thanks.

I actually work largely ITB so this kind of thing is particularly interesting to me, thanks.

I liked the idea of making ambient music that was more rough around the edges than some of the stuff I’d been hearing, not so great a focus on reverb and delay, instead focusing on the natural hiss and low-fidelity of cassettes to give the tracks texture.

A great thing to try for, imo. I mean, I do feel like tape loops are having their day at the moment, but I do also know exactly what you mean wrt lots of reverb and delay out there. I came from a background of making dub and growing up with dub techno acts etc. - and find it very hard to resist drenching everything in some mix of delay and/or reverb. Of course there’s many different ways to work with those fx, but it’s also fun to just put them aside.

Used 5cgh-54ct for Eldest.
All codes for Milk used

Thank you for the share, and also for the background information - I’m interested that you used MicroGranny somewhere along the line on certain tracks (I’m thinking I might get one to use with Cocoquantus)
Thanks again!

Edited to add: Now I’ve given it a spin, I really like the sound of it. Favourite track is ‘Eldest I’.

As far as the Microgranny goes, I enjoy it quite a bit, but it does have some quirks that make it a bit difficult to work with. For example, you can’t monitor input while recording in. Granted, this can increase the “automatic writing” effect I mentioned, but it’s annoying nonetheless.

Also, I found myself using it more as a bit crusher and pitch shifter, so it’s entirely possible I could replace it with a pedal that does exactly that more intuitively, or just get a Field Kit FX. Don’t get me wrong, it’s a super fun little sampler. I just don’t use it like a sampler.

Thank you, I appreciate the insight

I still revisit both of these and greatly enjoy them. I thought it was worth bumping the topic in case someone else likes music.