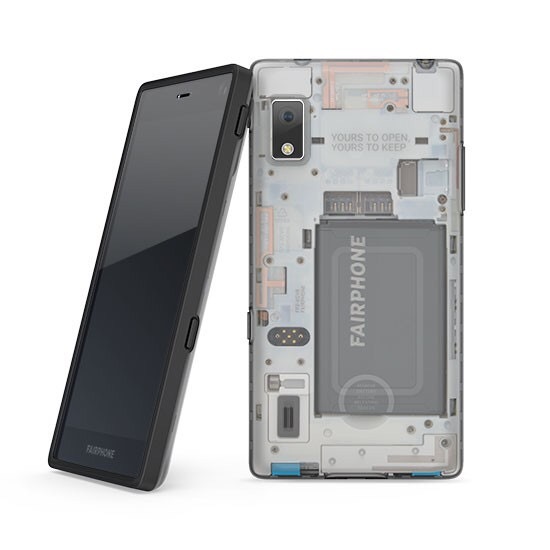 We design products that last - in both their original design and in designing their repair to be as easy as possible.

anybody have one yet? just saw one on twitter and am intrigued

nope, but i dont get why they insist on maintaining some de-cluttered version of android when they could support sailfish os for less effort imho.

It’s interesting, and admirable, the concept of a “modular” phone where parts can be readily swapped by the end user.

I’m not convinced it’s something that will take off. They’re not exactly cheap, which for me would make it a really viable alternative that can end up in the hands of lots of people. I like the idea of a phone that lasts but I’m not sure that should be their selling point. Plenty of phones can physically last the 5+ years they’re talking of. My last iphone (a 4s) lasted at least that long - until I gave it to my girlfriend who promptly destroyed it in less than 3 weeks!

If you don’t need to play the OS obsolescence game a phone/computer or any piece of technology can last plenty long enough. Human desire for new and shiny is a harder thing to overcome.

For me it would be better to spend the time and effort learning how to fix and repurpose the things I currently own than buy into this.

As a slight aside, reading about this phone made me think about technology, obsolescence and fixing stuff which, in turn, reminded me of a video I saw recently on youtube. Cubans have the right idea

Fantastic video. A wonderful window into some of the reasons I love the Cuban people so much. I feel we may come to look to this kind of innovation as a contrary form of leadership in time, as the world enter its own “special period” as a result of climate change and population pressures.

That being said, I would love to see Fairphone’s approach to mining and labor rights become more broadly understood and appreciated. We should not grow complacent with “conflict minerals” as a necessary evil in our lives.