I bought my Monome 64 Greyscale in 2012 (I think). I’m trying to sell it, because quite honestly it’s not the easiest thing to work with. The beauty of the grid is in its unlimited freedom, and when I purchased it, I thought I was okay with that. At the time it was so cumbersome, I gave up.

Since I might not be able to sell it, I’d love to try using it for finger drumming. Ableton is my DAW of choice. Is there a very simple way of setting this up to finger drum in Ableton?

Lots of BEAP (Max for Live) modules will take the monome input and can act like Push/Launch.

There’s also ‘terms’ which is the monome-made M4L toolkit.

Cool, I’ll check this out. Thanks for the heads up!

Tangentially related: I’ve been using http://melodics.com/ to teach myself finger drumming lately and it’s been pretty great! That said, no support for monome yet (tons of other devices tho). Looks like they’re pretty amenable to adding support for new devices / you can hack it yourself http://melodics.com/support-articles/support-unknown-device.

Wow. I’m definitely going to check that out. That looks awesome!

Melodics is awesome! Thanks so much for recommending this.

glad you’re enjoying it! Hope it encourages you to keep the grid around

Also, I don’t know if you’ve been keeping up with some of the more recent monome software, but since monome sum came out after 2012 maybe you missed it – it’s designed to be very plug & play, and very immediate gratification – I’d give it a look if you haven’t. http://monome.org/docs/app/sum/

Once you outgrow the included modules it’s easily expandable by importing other full monome apps (I like pairing it with Parc!) – or if you want to go deeper, it’s all just max/msp, of course

Damn you are full of awesome knowledge! Maybe I will keep it. I just didn’t have the time to tinker, I wanted something more plug and play. This seems to do the trick. Righteous!

necrobump for a worthy topic! I’ve got a bare mpd controller hooked up to an mfb drum synth & spent a bit of time this weekend & last week practicing different rhythms & basic beats. No computers, no sequencing at the moment just a loop pedal for recording, listening back & layering.

Curious about the layouts used by more accomplished finger drummers! Anyone care to share their secrets? My layout (work in progress) is as follows:

This layout seems to work out good for three main approaches:

Am I the only nerd interested in this kind of taxonomy? Anyone interested in study group or finger drum battles? Don’t actually have access to a computer which could run melodics!

Am I the only nerd interested in this kind of taxonomy?

Nope! I’m totally interested in what you and others are doing in this space. I’ve been playing mostly with the standard layouts in most Live drum racks - which of course is in turn derived from the Standard MIDI layout for drums… On the one hand clearly not optomized for 4x4 (or 8x8) pads… on the other hand, not so bad, reasonably playable, and consistency is a bit plus.

I’m also trying to find a good layout for finger drumming on my Circuit (using it in sample selection mode) and it still need more pratice to integrate cymbals and toms on other lines but at the moment this works out pretty well for me (mainly with break samples) :

This way I play kick/hat/snare with the right hand using index/middle/ring fingers, left hand is tweaking knobs or adding ghost notes and i have a set of 4 different drum breaks at a time (circuit grid is 8x4)

For me, due to long term MPC addiction, it has to be a 4x4 grid or my brain just can’t understand it.

I favour a two handed layout very similar to yours @rick_monster. It’s very well ingrained, to the point where anything out of place throws me off:

hey fingerdrummers, supercharge the old grey matter with this grab-bag of grooves & loops!

Have a look for Mad Zach’s finger drumming tutorials. He does some nice in depth work on Midi Fighter showing how to get depth to the sounds.

Ned Rush’s tutorials are entertaining too (this jazz one is cool, as he tries to deconstruct his own racks in ableton!):

Not forgetting the Daddy that is Jeremy Ellis:

Not forgetting the Daddy that is Jeremy Ellis:

That Jeremy Ellis playlist has some really wicked techniques in there - very helpful indeed! The paradiddle techniques especially are totally not obvious, and clearly very important…

There was a guy on Instagram doing videos I really liked but I can’t find him now or remember his name. He was in Brooklyn I believe and did a mix of modular but also a bunch of Tempest videos finger drumming and performing live on it. I’ve searched those hashtags and can’t find him! Does this ring a bell to anyone?

not Brooklyn (LA!) but are you thinking of Baseck by chance? https://www.youtube.com/watch?v=hg8sebJara8 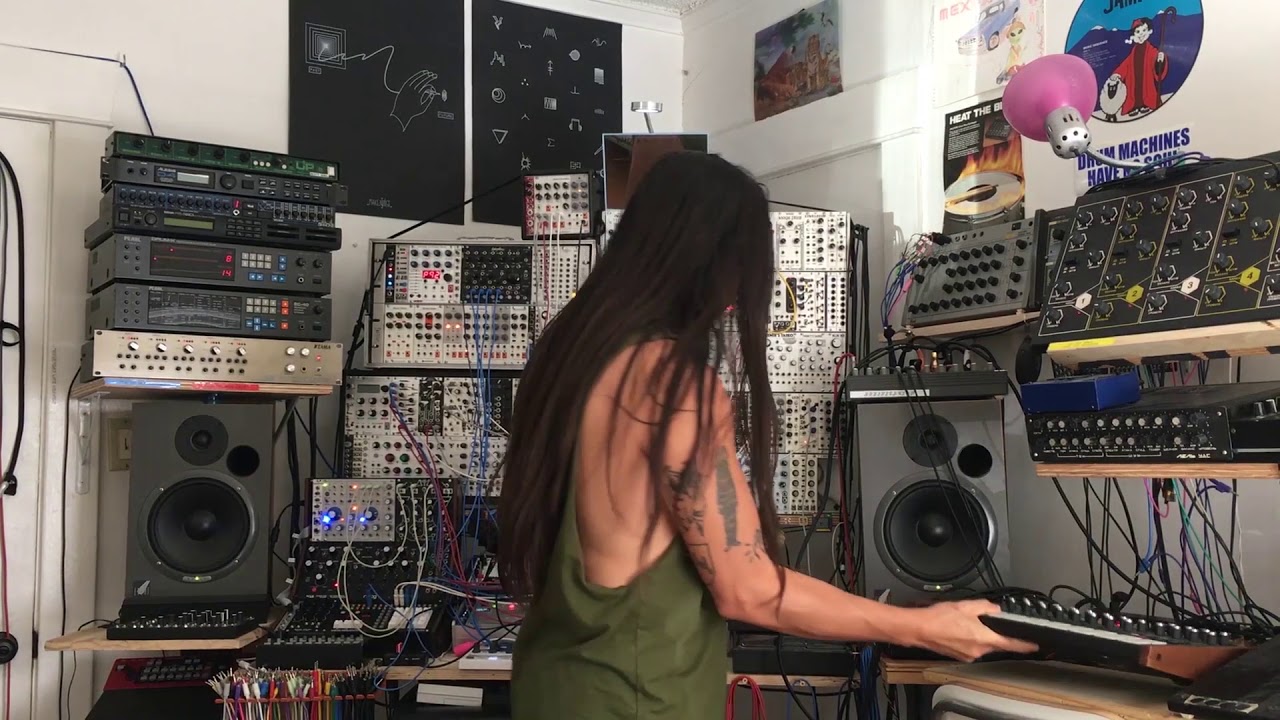 ok ok ok… so that’s how he got such insane arrangements on such disastrous equipment. Dude is just a totally wild finger drummer.

I feel like we tend to undersell how much finger drumming goes on in underground hip-hop production, and dudes who finger drum live are sometimes treated like they’re being corny or w/e but like… premier, dilla, pete rock, all of them absolutely rip on a pad – and apparently Jel, too. Great share, thanks!