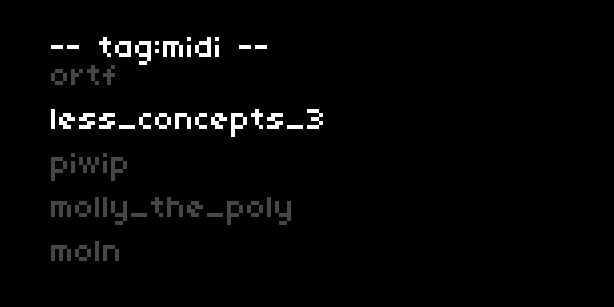 This is a similar idea to some kicked around in this thread.

It makes use of a resource for organizing scripts that is already available on the device if you have ever viewed the script library in maiden: JSON files that maiden downloads to /home/we/dust/catalogs. As such it currently knows names, authors, and tags for all scripts that have been submitted to the norns-community repo as of the time of your last sync – it does not currently know which scripts you have installed on your device, or about any scripts available other places. It does not currently support attaching custom tags to scripts, only viewing how the scripts have been tagged in the maiden catalog. 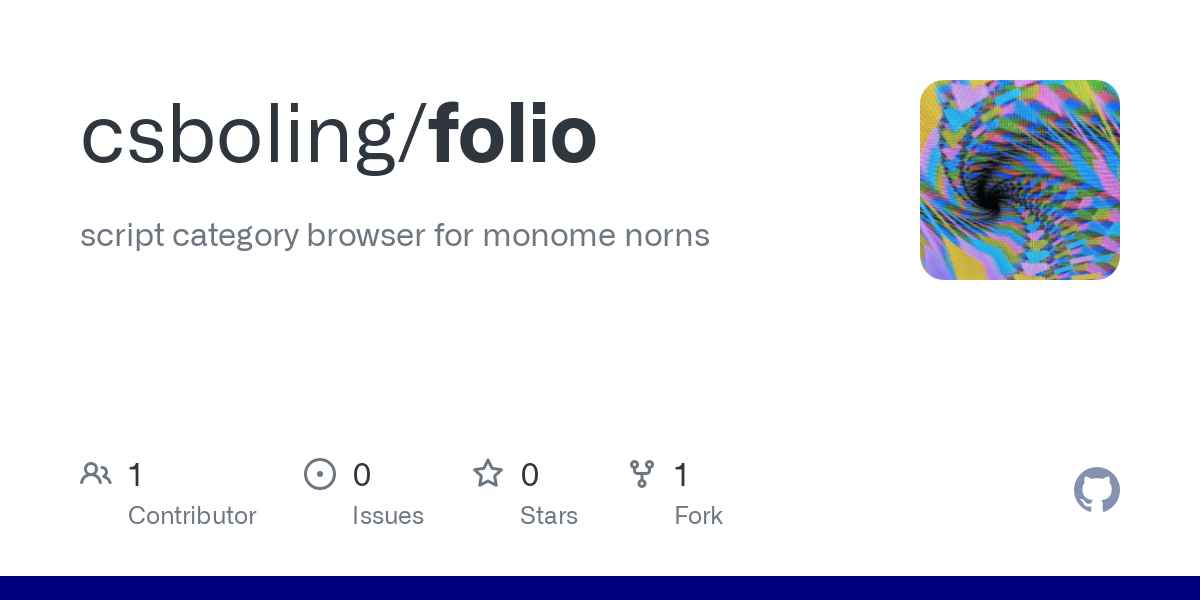 script category browser for monome norns. Contribute to csboling/folio development by creating an account on GitHub.

This is a cool little thing, thanks for making it.

Is it possible to install things through this?

Is it possible to install things through this?

I wanted to add this and I thought there was an existing routine for downloading a script by URL, like _norns.fetch or something, but I wasn’t successful in finding it. There’s ;install <url> in maiden but I think that’s implemented inside the maiden server rather than corresponding to a specific Lua routine. Not sure if I imagined such a function or it was removed or just discussed and decided against or something.

I’ve been waiting for someone to write this for a long time … I love it!
I do not hide that I had already started an analysis on the possibilities of realization, to write it myself … and I too have encountered the same problem: how to perform a git pull from the repositories?

But I liked your script so much that starting from your code I tried to implement the most important feature: the direct download from the script!

Now our Norns are truly independent! Viva!
I forked your project, if you want to take inspiration from the code I wrote. I also created the Pull Request … check in mail.

Obviously the development is very rough … it would be necessary to add a control that avoids the download if you have already installed the script … or a way in which it is possible to update the installed scripts … and it would be nice to highlight them in the list. …if you need support, write me!

Just wanted to check, were you able to set it up so norns could download scripts?

You will now get an extra menu item to download the script if the folder doesn’t exist on your norns, or launch it if it does. If the new script relies on a new Supercollider engine, you will still have to restart norns before the new script will work.

this is awesome. thanks for making this and sharing.

Thanks for making this, it’s very useful and features a nice clean interface too!

I suppose the next thing would be to have a way of updating existing scripts using folio as well, if that’s not already possible?

I suppose the next thing would be to have a way of updating existing scripts using folio as well, if that’s not already possible?

It wasn’t but now it is. Press K3 on the update line and folio will git pull. If an update is pulled, the displayed commit hash should change. If you’re already up to date, or the pull failed, nothing happens. Having folio determine whether this succeeded or not would be a bit trickier.

I just wanted to thank you again for creating this, it’s extremely helpful and I really enjoy the immediacy it offers.