Indiegogo campaign has a special $399 price. Post-campaign price will be $699. 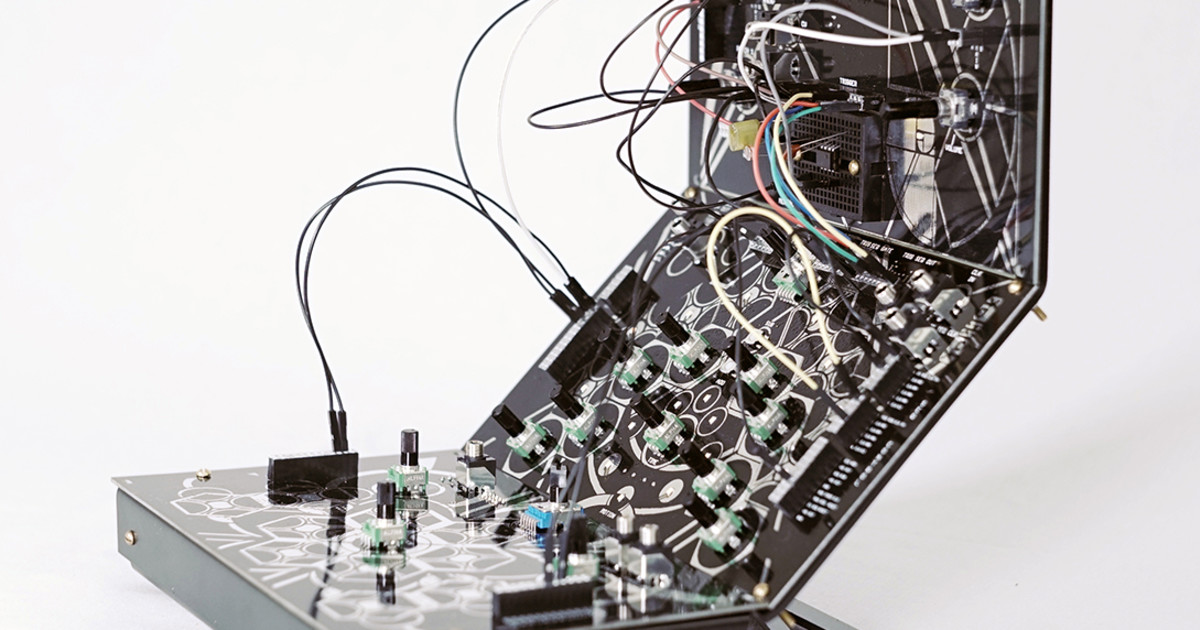 Surprised this wasn’t here yet. I was lucky to get in but the $399 option is no longer available. Only $50 more though, so it’s not that big of a deal.

I got in early. The videos sold me. Some interesting timbres. The eurorack possibilities also gave me a push although it seems to excel as a standalone.

I ordered one too, copper version. I missed the early option because it started during the night here in Japan but the price is still much better than I expected (I thought it would be at least twice that, hence too expensive for me).

I’ll have to delay my planned purchase of a 4ms DLD because of this but this should be a nice companion/alternative to my 7U eurorack. And I should be able to take it to the living room when I’m on baby surveillance duty

The videos really sold me on this, it sounds much better and seems to be more flexible than I thought it would be. There seems to be some additional stuff going on in the euro in some parts of the videos but not that much (I hope).

Backed too , looks like a lot of fun and sounds great in the videos. - I’m really intrigued by the mental part.

$449 is a big discount from retail ($699) , was quite surprised when I saw the price.
it’s nice to also see a campaign where they plan to ship so soon.

This might convince me to get back to hardware

was a bargain at the outset, but this just keeps getting better…

250 stretch goal hit, so now 2 effects included, and long stretch goal for 4 effects has been reduced to 350 units.
currently at 308 with 5 days to go, so looks very achievable…

If anyone is still on the fence about this, you should get in. Only two days left, and it’s single digits away from the 350 stretch goal, which will really open up the possibilities. Really looking forward to this as a companion to my Eurorack setup!

Yeah, I would have been happy with just the reverb but it was super nice to lower the stretch goal to 350 and to get the extra effects.

Looking forward to July or so when these will ship

So, I know Folktek but not modular or eurorack. I’ve been looking to get my feet wet. I have a Folktek microgarden and their omnichord. Im loving the Mescaline…great value it seems. But if you were me and could only get one for now…would you go for this or for the 0-Coast? 0-Coast is probably more friendly with my other synths as it has MIDI. But, Mescaline is a poly synth, drum module, and sequencer module for roughly the same price. I like the sounds of both as they are unique in their separate ways. The Mescaline synth is poly but only square waves? Isn’t that limiting…what do you think of that? Also, I’d like to know if Mescaline is fully analog (excluding the dsp effects), and more about the filter and it’s capabilities. I believe it has a low pass filter. I’m on the fence but would like to hear more demos. Thanks!

If you want to expand into eurorack or need the MIDI integration the 0-Coast would make more sense.

As a (less straightforward) self-contained instrument that can still communicate with euro/other CV/gate gear, the Mescaline wins in my opinion. Especially at that price, and for someone who already likes Folktek stuff.

Thanks for your rationale. Makes a lot of sense…but still hard to decide. 0-coast is. Enter for my current setup…but the modules and what’s included in Folktek is very tempting. I’d probably have to use Reaktor 6 Blocks if I want to communicate CV with Folktek. And Folktek is really including some great modules as an almost all in one workstation. I just wonder about the synthesis they’re using and want to know more…about the oscillators and filter. The synth is poly! But, I thought I read it’s only square wave which I’m wondering as that sounds limiting in tonal shaping etc. any thoughts?

Well, the Mescaline (still available for a few hours) has 3 modules : one is a 10 notes polysynth with a basic sound generation (that sounds quite good though) and a multifx (reverb + 3 other effects), another one is a multipart sequencer and the third one is a drum/drone synth that seems quite close to the Matter eurorack module. Definitely worth it, I think, but quite different from typical modules (less CV control but DuPont connectors all over the place, more semi-hidden things). That and the 0-Coast or a small modular would actually complement each other pretty well…

Obviously, I haven’t used the Mescaline yet, so listen to the sounds/videos yourself :).

1st time hitting record. This is just the Folktek Mescaline, nothing else.

whoah, that sounds gnarly! the juxtaposition of the cacophony with the steady lo-fi drum machine sounds makes me giggle. How do you like the interface?

It’s completely bonkers! Absolute madness. Mostly. But the touchplate adds some conventional “notes” that can be played. So, between that and the clock it is possible to layer some music into the chaos. It feels like the ghost in the machine that my otherwise overly precise setup was missing.