Demo of my “Fugarc” modular sequencing script for Norns, Crow, Ansible and Grids... 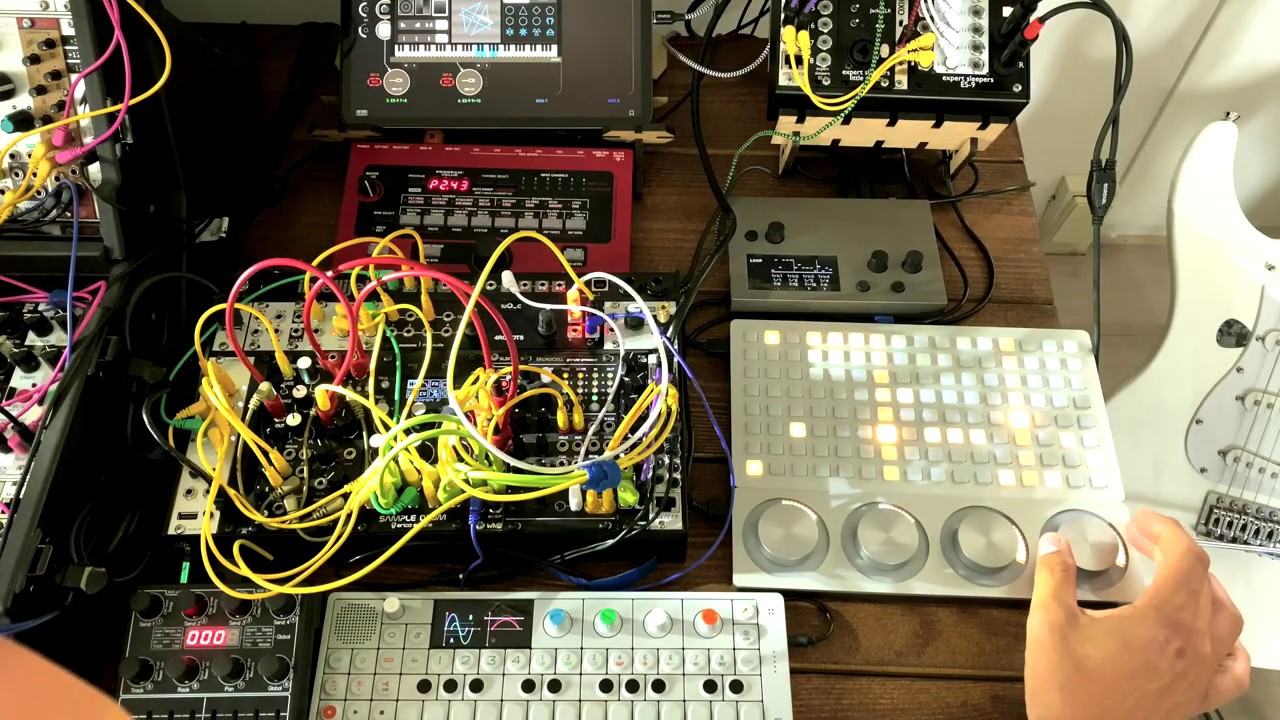 Fugarc is inspired by the fugu-script by @its_your_bedtime and “Fugue-machine” for the iPad, but based on the Awake script by @tehn. Optimised for use with Crow, Arc, Grid with Ansible thru Crow and i2c.

Every function can be used without Grids, Arc or the Ansible. The script can also be used with connected midi-gear (see midi-demo with OP-1 above).

A pattern (between 1 and 16 steps wide) can be played as 4 different tracks.
Think of a track as a “playhead” you can direct to move through the steps with different speeds, different directions — or even randomly. You can also set each track to transpose the steps of patterns.

Pitch and trigger information for each track can be directed to crow and/or ansible outputs in the parameter section.

Also available are options to direct clock-signals, extra LFO’s and random voltages to crow outputs - available in the parameter-sections. 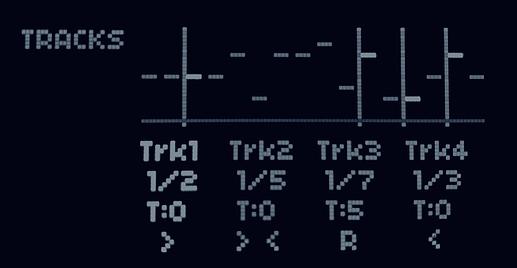 This looks awesome. I am excited to try it out.

this is pretty much exactly the interface I was sketching for a fugue-style sequencer. can’t wait to to dig into it!

This looks great, thank you.
Can it also output MIDI via Norns?

@dan_derks was possibly going to put together a group Zoom meeting style hangout in which he would add midi to a norns script. It might be worth checking out and taking on adding it to this as a “first project” within the coding world.

I’ve recently taken a strong liking to the arc and have been taking bite size projects of adding Arcify to scripts I love and it’s given me a good opportunity to get some small wins and ease me in to learning Lua for the ability to have amazing level of control and possibility the norns affords it’s users!

Just a thumbs up for learning the small bits we might need to make any and all of these scripts truly ours!

And yeah, good idea @kasselvania. If I find the time I’ll give it a go.

This looks great! 20 chars of thumbs up!

@PopGoblin This looks like so much fun and i cant wait to try it!
Did you manage to add JF into the script?

Not yet… I’ll take a look at it (I don’t have JF - yet). I’ll try to add maybe TxO, MIDI and JF support in the next update in the coming days.

This looks great. As others have said, i would also love to see more i2c support to JF, w/, er301, mainly due to the limited physical outputs on Crow.

I’m using my Ansible to get more outs (gives me 12 outs!) - but should be able to easily modify to enable more. I think maybe MIDI is a tad more difficult, as I seem to remember (but I might be wrong though), that MIDI does not have a simple “trigger” functionality, but you need to keep tabs on “note on” and “note offs”…

Here’s a quick demo - just using the 4 cv outs on Crow to 4 oscillators on the er301. I tried again with the Arc today but it was not working very well. It could be the firmware on my fates. It’s the octave shifting that’s interests me most with using the Arc. So I used the 16n and added an octave shift to the er301 patch. I did try Ansible but couldn’t get it talking. This is most likely user error. Are there any particular settings on Ansible you make to bypass Kria etc?. Appreciate all the work you have done on the script - it’s awesome. Look forward to any future updates I’ve never had issues with the script and my Arc - it just works. But I’ll check more intensely later. Also; the connection to Ansible also just works without anything special. I’ve wired it up through i2c directly to the crow. If not used by this scripts, I can still use the inbuilt stuff in the ansible.

What Ansible firmware are you on? I think the Ansible thing maybe my i2c setup. Ansible is currently setup to run Just Friends - I’m on the latest firmware but I also have a White Whale running Orca’s Heart to Just Friends and have to remember to switch each one off. Also there’s Teletype on the same bus. I’ve had them interfere with Crow before.

I think I’m on the last firmware - recently updated. I have a very simple “bus” - only crow directly to ansible. I’ll try to update crow and norns btw, to latest firmware next time I’m in the studio to see how that goes…

I just tested with the latest update of Norns… “Dual twisting” works fine with Arc - and Ansible too. I suspect there might be i2c issues with your setup?

I’ve updated the script with midi-output: all 4 tracks can be assigned (different) midi channels and velocity in parameters.

(get latest version in top post)
I’ve tested with latest Norns and crow v.2. - so, I’m slowly getting ready to try to add more i2 devices…

I’m looking for beta-testers for an update for TxO’s - send me a pm if interested!

Ahhhh amazing. Thanks for the update!

OK, now that I’ve installed it and played with it I have to say: what a phenomenal job you did! I’m super impressed and I hope you keep adding more. I tested out the midi with my hydrasynth and it worked flawlessly. I was so excited I even made an audioless IG post just to show it works!

A few things I noticed and some requests (if you don’t mind!):
-You can’t sustain notes (ie. press button 1 and then 2 or 3 or 4 to chain them as a single held note). Right now everything is only a single step. Can this be added? I’d say it’s a critical addition.
-Can you add velocity randomization amount that gets applied to the sequence to make it more lifelike?
-I personally would rather have transpose as the main arc function, can you add an option to change between this and play method?
-Really needs more subdivisions. I was running everything at 1/2 or 1/1 and wished it would go lower. Anything faster than 1/2 (for me) isn’t useful, but there are tons of high subdivisions.
-Add a 2nd page w follow on/off to create longer sequences?

Don’t take these as negative criticisms. As I said, I’m super impressed and absolutely can’t wait to see more! Once it gets put into maiden I’ll have a look at the code and tinker, but I’m very green with respect to that.

EDIT: After more playing around, I find that sometimes a track won’t play no matter what. The bar shows up but it won’t budge. It takes a reload of the script to make it work. Happened on track 3 and 4.
Additional request: use different lines, or put track # above line, or use bright to light line to denote differences between tracks 1-4.

Man, this script is beautiful!