does anyone know about examples of this?

Im not sure what im asking for myself. I was just curious if anyone knew about some ways to apply it to music, as i was very interested in it some years ago

I tried to do my PhD in this kind of direction. I got to the end without ever getting to the music part, but I got as far as applying game theory to turn taking (a kind of rhythm I guess). Game theory applies to groups of agents, so it’s probably best applied with groups of simulated agents that are interacting in some kind of improvisation.

My thinking lead in the direction of simulated robot drummers learning to produce music together. You have figure out how to get them to learn something musical. I invented a metric for turn taking, studied how agents learned to do turn taking and then described how to design agents’ reward functions such that they would learn to produce arbitrary, predetermined sequential joint actions. The next step would be to build that idea out to apply to music making robots.

I think the interacting agents paradigm is probably worth a digital eurorack module or two. In another chapter of my life, maybe.

I guess part of the problem is that music is generally a cooperative exercise with lots of coordination and a lot of the fun of game theory is for competitive games and games played without coordination. So maybe something like rap battles would be a good place to start?

I’m sure I could write a lot more here if I thought about it some, and dug through my list of paper references.

Forgive my naïveté, but why doesn’t game theory include cooperative strategies? If it doesn’t, then I’d venture to suggest that perhaps it is not a comprehensive theory.

Sorry I didn’t mean to imply that game theory doesn’t include cooperation; it does. I was brashly opining that cooperative game theory was less interesting, which isn’t really true, but if all the agents are trying to cooperate and they can communicate freely and cheaply, then their interactions can look more like that of a single agent.

Game piece is a concept of experimental music having its roots with composers Iannis Xenakis, Christian Wolff[need quotation to verify], John Zorn and Mathius Shadow-Sky. Game pieces may be considered controlled improvisation.[page needed] An essential characteristic is that there is no pre-arranged sequence of events. They unfold freely according to certain rules, like in a sports game. Therefore, game pieces have elements of improvisation. A number of methods can be used to determine the dir Ma...

John Zorn has done quite a few of these. Cobra, Xu Feng etc.

Similarly if we improvise together and we’ve practiced together lots, then we can make good music together and we can be accurately modeled as a single agent, a band.

I think that skips a few steps though. It takes time learn how to cooperate. So you move from dissociated atoms trying to cooperate, into a molecule that acts as a unit, with a big perceptible gradient in between. It’s that gray area in between that I think would be interesting to explore (likely with the help of machine learning techniques).

In my ample free time (heh).

Yes, you’re right, there is some space in the middle where the communication and ability to cooperate is not complete, so game theory can be productively applied. (Actually that’s most of what I did my research on.) I was trying to draw a contrast to the competive case, where, if the agents don’t share the same goal then we can apply game theory the whole time.

I speculate that part of what the gray area of “imperfect” collaboration looks like is illuminated by the question of what an agent should do when it has poor estimates of its state-action values and a poor estimate of what the other agent will do. How does the agent explore its world while also deriving value from known benefits? How does an agent learn about the other agents? What does “value” even mean in a musical context? Game theory works great in theoretical economics because value can be quantified as money (for better or worse). But in music, what is valuable? We need to quantify our aesthetics somehow. Deep neural networks for music appreciation, I guess? Now I’m really rambling, so I’d better stop.

But in music, what is valuable? We need to quantify our aesthetics somehow.

I think this is possible. If I wasn’t at work thinking hard about databases, I’d try to elaborate (in my typically naïve way. For a guy that dropped out of college as a freshman, I do seem unusually attracted to computer science. I just hope the more learned folks will keep me honest in my own rambling!)

¿what is music for Open

words come after, science is young maybe someday we’ll discover -what is love? or -where do we go when we dream? [image] 'The joy I experienced when I danced. The moral power I gleaned in taking responsibility for one’s action. -patti smith https://www.google.com/amp/flavorwire.com/336601/20-brilliant-musicians-on-why-they-make-music/amp?client=safari http://www.bbc.co.uk/mediacentre/latestnews/2015/r3-at-wellcome-collection

Yeah, @abalone is rightly pointing out aesthetic concerns that can’t be quantified. But I maintain there are quantifiable attributes that contribute to the more ephemeral qualities.

yes, how do parts become a whole?
in music, rhythm section …where the bass is the bass drum /the drum kit, congas, piano contribute to the whole tune
https://www.youtube.com/watch?v=EbZYRZpNc64
and in the human body, organelles in the cell contribute to make us-
'Without mitochondria (singular, mitochondrion), higher animals would likely not exist because their cells would only be able to obtain energy from anaerobic respiration…
https://micro.magnet.fsu.edu/cells/mitochondria/mitochondria.html

practice makes the parts become a whole? (aware i’m not adding anything)

If your interest includes zero player games, using cellular automatons to sequence or influence your composition in some way is pretty straight forward in most environments I think.

I’ve sequenced my modular that way using 2 automatons running in an axoloti (with the ca_seq object) and clocking them in with a rotating clock divider.

Not as exciting as what @praffensperger mentions but still technically game theory applied in music I believe, and you can get some pleasing results. 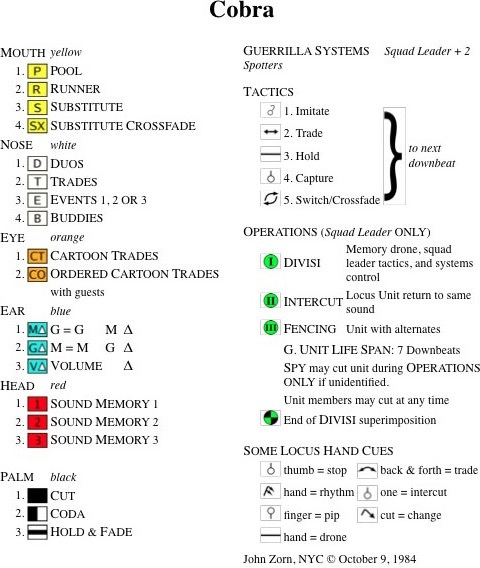 Hello, sorry to bother you. I’m researching this topic for my graduation thesis, so I tried to open your PhD, but I couldn’t. Could you post it again please, it would mean a lot to me!

Edit: also you can get the official version from the University of Canterbury website: Measuring and Influencing Sequential Joint Agent Behaviours

The dropbox link worked, thank you very much!