was a student back then, so I couldn’t afford a monome, so I went for a second-hand ohm64, which didn’t work out well in the end so I sold it.

then life happened, fast forward a few years, working a lot etc, moved to london, built a music studio from scratch and what not, I’ve acquired more synths than what I need and now the never-ending eurorack hole, but no monome grid yet…not sure if I should even be starting a topic without owning anything monome (even though I do have a nice 7" from parallelogram/galapagoose, whose performances still evade my understanding!)

Anyway, I am trying to get people’s experience with buying more gear than what they need to make decent music, whether it is a phase you grow out of (if so, how did you?), what their personal reasoning (or lack thereof) behind acquisition was etc. I am too aware of the whole “they’re just tools - it’s up to the user” type of arguments…

Personally, I am wondering if there is more at stake here…So, here I have in mind what Gilbert Simondon says about technical objects and the motoric-sensory pleasure we get when we use tools/machines:

“That said, contemplation is not techno-aesthetics’ primary category. It’s in usage, in action, that it becomes something orgasmic, a tactile means and motor of stimulation. When a nut that is stuck becomes unstuck, one experiences a motoric pleasure, a certain instrumentalized joy, a communication–mediated by the tool–with the thing on which the tool is working. […] It’s a type of intuition that’s perceptive-motoric and sensorial. The body of the operator gives and receives. Even a machine like the lathe or the milling machine produces this particular sensation. There exists an entire sensorial array of tools of all kinds.”

Looking forward to your responses!

i’ll comment on topic later but, first, rest assured that this isn’t an issue

There are a number of folks with no grid (or euro) so there’s precedent.

The “nut that comes unstuck” image is evocative and really gets at something. Interestingly the unstuck metaphor carries over to mind matters too but that misses the tactile aspect for sure. As satisfying as fixing a bug in software is for example, it’s nothing like the sensation.

Stretta touches on haptics a bit in this great interview. Worth a listen if you haven’t heard it.

EDIT: I realize I glanced passed maybe your real question about GAS… The above interview touches on that a bit too — how’s that for a punt! I’ll try and reply with my 2 cents a bit later too.

great thanks! yes, more about gas than tangibility. i know i love those knobs…but i also equally love dealing with the intricacies of a sophisticated piece of software: iannix, metasynth, cosmosf 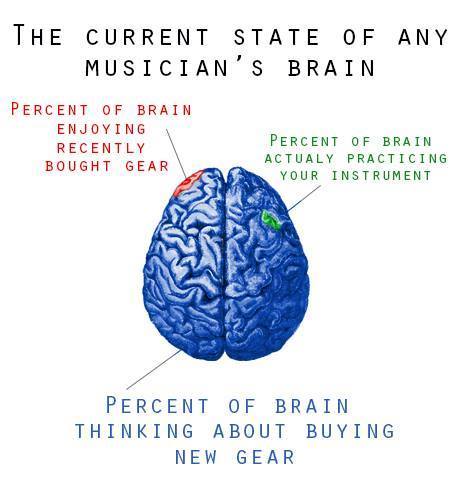 If i treat my music impartially there can be no doubt that the best songs were entirely/primarily daw chops but it is an extremely tedious way to compose for me.

It’s my comfort zone…i turned to other gear to push past that method of contructing music.

GAS started for me with wanting a good drumset, then a rane ttm mixer, then a boss loopstation, than a rhodes, then an sp 303, then an mbp, then a monome, then an analog synth. It could go on forever as your priorities and taste change. I’ve acquired some and others I let pass by to focus on what I do own and already know how to use

The only surefire solution for GAS is running out of money…i can usually talk myself out wanting (or even looking) when i don’t have spare funds. But if there’s cash available i’m always going to have an interest in new, well designed tools…it’s the one hobby i’ve retained for years while shedding others.

London based as well.
Working almost full time and as I am here since a long time, I have had the same issue more or less.
I am now in the eurorack hole but I am trying to control myself (never been an addicted personality) but I have to admit is fascinating!!!

I have just realized that my best enjoyment in producing music is not through the computer, even if I still use it as a sequencer and to run monome patches, but with hardware.
Saying that, my two pence is that more gear does give you too much possibilities!!!

Lately I have started to use only a small eurorack (not finished yet), one mono synth and one drum machine, you can do wonders using some pedals as well!!!
And I have to admit the monome makes a huge difference in the enjoyment of composition.

The only surefire solution for GAS is running out of money…i can usually talk myself out wanting (or even looking) when i don’t have spare funds. But if there’s cash available i’m always going to have an interest in new, well designed tools

Haha. Getting into euro is a surefire way to keep satisfy GAS and running out of money. One hand feeds the other.

I do try hard to get rid of pieces that aren’t seeing a lot of use, the problem then is giving them one last whirl to see how they make me feel and then that piece will just end up back in rotation for a while as something else is set aside.

For me this is the real upside of “superfluous” gear – the ability to have multiple setups/studios/personas. (ie: the industrial/techno project, the ambient/noise/concrète project, etc)

Perhaps a way around that would to be find some larger characteristic of your artistic voice that can distinctly shine through regardless of the equipment you’re using. Hm.

All that said, I feel that as long as I remember to press record or play a show every once and a while, I’m not as bad as I could be.

To me, it is fascinating to look back at the last 3 years since I became obsessed with hardware synths again and analyze my musical output. (I’m a professional ‘scoring’ composer, so the expense is somewhat justifiable…which makesGAS even more flammable and dangerous!)

There is certainly some’collectivism’ going on with me. There are a few synths that I always wanted, and now seemed like a good time. Also, I had a certain sized eurorack system in mind (able to create complete, complex patches), and I’ve reached that point (and maybe then some…eek). Now I only buy modules that really captivate me, and it usually involves selling or closeting another one to make room.

If you have the resources, collecting these things is a fine hobby. If you have limited resources and have to make value judgements, then I suppose you have to look at the impact the gear has on your musical output. I’m very satisfied with the direction my music has taken by utilizing these new instruments. Not only that, but my creativity in general and hunger for learning (Teletype!) has made me feel vibrant and engaged in my craft like never before.

Ultimately, it’s a great crucible for self-determination and self-control. I suppose the saving grace is that there is still a great used market for these things and you can always turn around and sell what you don’t want or need (I think that’s the thought behind muffwiggler stores strange tagline: “Never Maintain Cash Savings Again.” Which is weirdly dark and sinister.)

I think GAS is a direct product of our lonely lives under capitalism. I’m a major sufferer, just today another (another, another) guitar pedal arrived in the post.

Our whole culture is geared towards consuming, and for musicians, that means buying gear. How much of the musician-facing press is about art, inspiration, ability, progression, community… and how much is about gear? The major musician-facing media players might run an article or two on Coachella or Glastonbury, but you bet they publish half a dozen articles a day at NAMM.

As well, for most of us, over 35hours of our week is spent in the pursuit of money, even though we know that money cannot buy inspiration. So we trick ourselves into buying our wants hoping that somehow our pointless endeavours in employment will be linked to our artistic output.

Part of why I’m attracted to the monome is because it’s so fucking punk rock and subversive to make something that is designed to last, with materials that are designed to endure.

In a world of system updates, of iPhone launch parties, of planned obsolescence, running a creative community studio with limited, purposeful and enduring gear focussed on artist development and excellent output is insurrectionist.

What’s the solution to GAS? Embarrassment. Overhear someone shaking their head saying of you “that guy’s got all the gear, and no idea”.

Easel in background of photo hope someone notices.

there are certain pieces of gear i just avoid playing with for fear of a deep addiction. case in point is the roland space echo. played with it for a weekend and then bought one almost immediately after. same with weird rack gear. the weirder the better. except for my wallet.

no one should ever avoid the space echo!!

was that at our place? if so i’d say i did you a favor. space echo is essential.

it mightve stayed if I were an analog purist (or mabye had dedicated studio space?)

i got insanely lucky and got one for 500$ that had no delay, or reverb working. a 150$ later, and a good study of the schematic, and it purrs wonderfully!

nice! might need to tap your knowledge to get mine back to 100%

I think GAS can be healthy, if you aren’t living beyond your means of course.

If you are discovering hardware music making for the first time, it can be a very strange and exciting process. Trying the machines and learning all their tricks can be a really fun addiction – but more over, finding your own workflow and what you like to use that helps you stay creative and put out the kind of music you like can take ages. (?)

In my personal experience, the amount of musical purchases I make has had its peak time, and fallen drastically over the last years as I have found what works for me and no longer feel like I have to try out the new or retro X Y and Z machines because I know what to expect from them and its just not what I’m looking for.

I’ll probably always want to try certain boxes out just because it’s fun to play – but not like those early days for me when I felt like I was searching for something.

Maybe over time, it becomes less about the machines and more about honing the production technique or personal style, which luckily, you can’t buy.

what i love about creating music is that the gear is totally meaningless. but at the same point, so important. i know when i can put my hands on a giant knob of a federal compressor, i do things differently then if i am using a mouse on a plug in. i’m conscious of that and strive to not have that affect me and my work. i still turn to live drums to figure out what i am hearing, even it’s being sequenced.