Generative Music as an RPG

I’m getting into indie tabletop roleplaying games lately and thinking about how to make “games” for generative music and collaboration. I know there are tools like Oblique Strategies and that Cage used the I Ching, and there are some good threads here about using I Ching for generative music and modular occultism as well as a couple of related junto prompts. I’m wondering if anyone else has made games for themselves or has other ideas in this arena. Here’s some brainstorming I was doing about it earlier:

Point Crawl for song structure (A point crawl is an abstract way of designing a dungeon where any point connects to at least 1 other point, like a flowchart)

I’m working on a big Teletype script for navigating sequencers states in a flowchart. I joked about mapping them as rooms and using a joystick to > go east

You are standing in an open field west of a euclidean drum pattern, with a resonant high pass filter. There is a small white noise here.

Love that. This kind of mixing up different types of play/creativity is super exciting for me.

I like this! each “song” is a run in a Rogue-Like. Each dungeon is a movement or variation on a theme.

Point Crawl for song structure (A point crawl is an abstract way of designing a dungeon where any point connects to at least 1 other point, like a flowchart)

As for the dice rolls for structure, yes that’s definitely been done, for hundreds of years actually! I remember stumbling upon this Wikipedia article a few years back and just found it again to post here.

A Musikalisches Würfelspiel (German for "musical dice game") was a system for using dice to randomly 'generate' music from precomposed options. These 'games' were quite popular throughout Western Europe in the 18th century. Several different games were devised, some that did not require dice, but merely 'choosing a random number.' The earliest example is Johann Philipp Kirnberger's Der allezeit fertige Menuetten- und Polonaisencomponist (German for "The Ever-Ready Minuet and Polonaise Composer")...

I also like this idea of the ‘point crawl’; I am picturing sections that can each flow into at least one other section.

Composer George Lewis’ most recent piece plays as a sort of collaborative game between a few small ensembles of performers scattered around the hall. They can only signal to each other by making certain broad hand gestures, almost as if they are calling a play in football. For example, someone from the string quartet may gesture over to the horn trio “Play Section III! Really loud! Double Time!” It seems quite random at first. The different groups are sometimes idle, but they keep some motion going at all times and so that is the game-like aspect to it. Now imagine bringing the audience into the process…it could be quite a “playful” line of thinking.

I kind of already view generative music like a videogame. You have resources at your disposal like CPU load and fixed hardware, and you craft song items with them. Just like in Zelda: Breath of the wild, I forage for ideas and then cook them up with a patch.

It would be cool for there to be a video game that worked along those lines, like an environment where you were actually foraging for sounds as part of a quest but no two players would make the same song, or even a song that sounded remotely similar.

I was thinking of making max4live device where you play space invaders using midi notes and every event (shot fired, movement etc.) emits notes (there was an Space Invaders version on Sony PSP which if I recall correctly had this sort of system where sounds that you were making were quantized to the music) but foraging seems way cooler

There was DS version too. Space Invaders Extreme. It’s very fun and very over the top. The aliens explode in musical sounds and the background music seems to shift in reaction to things. Very colorful and psychedelic.

This is a really fun topic. I teach a course on music composition for games and the first thing we do is to play these kinds of games to generate music. This kind of thinking is essential for creating interactive music (ideas such as the point crawl). In a way playing games with specific attention to the music is like navigating the composer’s response to their “point crawl”. The composing itself is a game and anyone who is interested in generative music will surely find interest in how challenges in game music are approached.

So perhaps viewing this topic from the angle of music made for games isn’t entirely strange when looking to find interesting ideas for music made out of games. They can really be the same thing.

I found these Tonic dice games a couple years back. Kind of sort of related for those looking to get other music games. 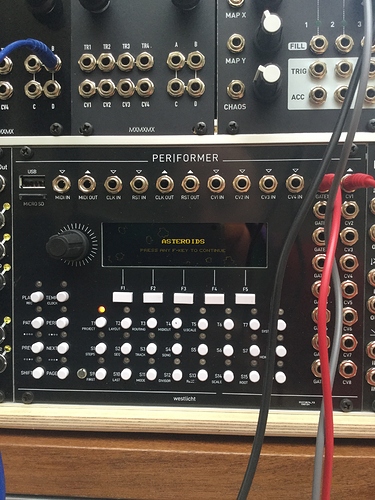 Same story here, I started tabletop RPG a year ago (IRL and roll20) and I’ve been working on a music production “RPG”-like corerules book for my little electronic music students for some mounthes. The main goal is helping students in lack of inspiration creating a track “seed”. It include a lot of RPG mechanics like “production sheets”, dice roll, play with GM/solo etc… The “book” also contain theorical informations about musical caracteristics you pick up (like what is a modes, chords, scales, melodic movements etc…). I intend to test that thing of in may/June and I may post the students productions on lines for feedback. But in the meantime, I will surely follow that tread with attention (and steal an idea of two

I teach a course on music composition for games and the first thing we do is to play these kinds of games to generate music.

That’s fantastic! Do you have any that have worked particularly well for your classes?

I’ve been working on a music production “RPG”-like corerules book for my little electronic music students for some mounthes.

That sounds super fun, and along the lines of what I’m trying to do. I’d love to see the result and if you want to talk more about it feel free to e-mail me at ch.hainsworth@yahoo.com Either way I’ll look forward to seeing whatever you post in the future.

Found these songwriting cards on kickstarter. I funded one, they looked interesting.

Create memorable hooks, vivid lyrics and beautiful chord progressions with your personal songwriting mentor... as a deck of cards!

Very interesting thread - this is one way to look at chance operations, algorithms and so on - I wonder if there is another angle to the ‘role playing game’ idea that could be developed here as well; the idea of a collaborative narrative imagination that produces musical ideas. I think this sort of thing was used by Eno and Bowie at some point (‘imagine you are an alien using a sonic weapon to liquify a rival’ sort of thing). This could produce a whole world of sound ‘props’, landscapes, languages and so on.

Another kind of role playing might be at play in Can’s Ethnological Forgeries Series.

And in terms of describing imaginative musical ‘role play’ I think this is a great podcast episode: 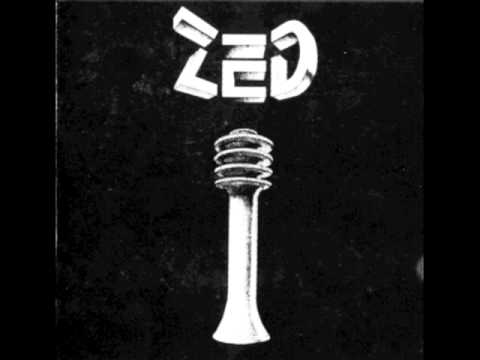