i’m not so curious in a literal definition of the genre as it were, arguing semantics and definitions of words, but rather if you have a personal feeling or experience of how you would define is something is “generative enough” or not to warrant calling it generative music, or a generative system?

there is also already this wonderful thread on here: Emergence and Generative Art - #5 by Pampalini but i was looking for a more personal or perhaps “hands-on” reaction if possible? i loved reading the material in that thread but it was all pretty conceptual in one way? wondering how you mix the idea of generative material into your overall work…

It doesn’t take much to fit my definition of generative. An arpeggio qualifies. Really, anytime there is musical content being generated by some kind of algorithm, causing more sound to be heard than is directly being played in real-time by a person. I guess it’s distinct from a simple playback of a recording because it is generated and rule-based.

Generative techniques are also handy for multiplying the number of “hands” I have. As a solo player, I need ways of making myself sound like more than one person.

I’ve always been draw to create “generative” music of one form or another. But trying to pin down what that means would be hard. Perhaps it better to just do it by personal recollection:

In short, I’m drawn to make sonic the beauty I find in systems of all finds. But I has taken me years to figure out how to build musical compositions larger than “oh, that’s what the Lorenz attractor sounds like…”

while a drum machine or arpeggiator “generates” i wouldn’t call them “generative”-- perhaps “assistive” is more accurate.

generative to me means a simple set of rules or parameters that “generate” much more complex results. for example, kria is an arpeggiator, but given the ability to poly-phase all parameters it becomes “generative” due to the massive variety of results.

never the best of worst place to start: https://en.wikipedia.org/wiki/Generative_art

flocking is a favorite generative technique.

I maintain that an arpeggiator is a simple ordered generative system. Of course complex systems have more interesting creative potential, especially due to emergence, which a simple ordered system cannot provide.

EDIT: I like Rudy Rucker’s definition of class 4 complex systems, AKA “gnarly computation”. for understanding where interesting emergence comes from. You can read a sample of his excellent book, The Lifebox, the Seashell and the Soul: What Gnarly Computation Taught Me About Ultimate Reality, The Meaning of Life, and How to Be Happy here:
http://www.rudyrucker.com/lifebox/lifeboxsample.pdf An interpretation of John Cage’s Variations I: This was my horrible misunderstanding of the work as a work of generative music, which the master himself corrected me on. Why this isn’t generative art would be perhaps as fruitful a discussion as what is.

…His aim, in employing randomness, was not to employ a controlled chaos in service to his composition. But to get away from it ​being his composition​. To remove his ego from his composition as much as possible [his direct phrasing].

He did not want a different set of random notes on each repetition. He wanted exactly the set of notes the randomness determined when the performer prepared the work. He wanted the audience to listen to ​that​ exact musical line. To hear it, for what ​it​ is, not for what ​he​ composed.

this is a very interesting (old) talk about the subject: 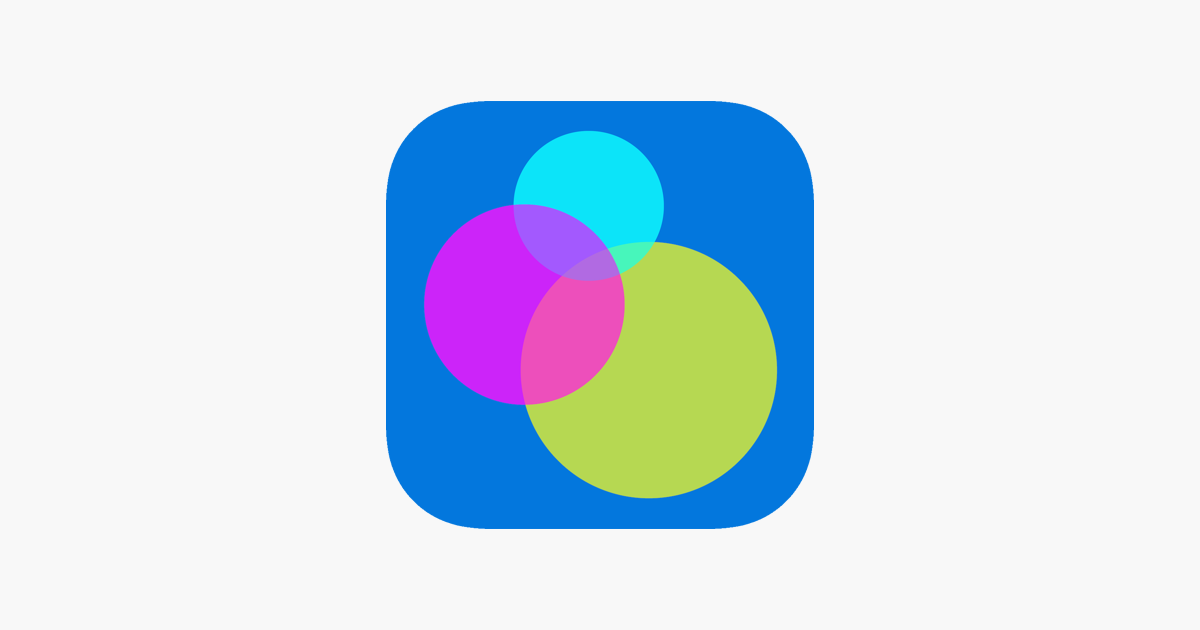 is life on earth a generative system?

this is fun, thx

is life on earth a generative system?

Rudy Rucker would likely say that the entire universe is one big computation. He’s buddies with Stephan Wolfram whose “New Kind of Science” is a heavy tome on that very subject. I like Rudy’s more psychedelic take personally.

I like thinking in terms of process. I would include electronic, mechanical, and electro-mechanical processes, but I also like thinking of natural processes as being a form of generative music – eg the processes behind field recordings, sonifications of environmental sensor data, etc… and “human processes” even – like a performer following a game piece score like Stockhausen’s “+/-” where the process is actually carried out by a person…

Edit: I should have finished reading the thread, I see I’m not the only one.

@glia cool sounds, thank you
and thanks @mzero
it’s great to have a first hand account about what john cage was up to…

For ​his​ aim, in employing randomness, was not to employ a controlled chaos in service to his composition. But to get away from it ​being his composition​. To remove his ego from his composition as much as possible [his direct phrasing].

and what you were up to…

"Of course, I was brimming to tell him, and play him, my automatic ​Variations I​ program. I explained how it worked, what it did… and how I loved that “by listening to variation after variation, as the randomness played out across the space, eventually the listener would come to hear the ​essence​ of the piece, the ​composition would show through​ the randomness.”

this is how it felt to run the track through the dfxtransverb nine times for this weeks junto
even hitting 'random every time, the plugin’s 'composition would show through the randomness.
also this…
dna sequence determines the shape of a protein, determines the function
http://www.biology-pages.info/D/DenaturingProtein.html
and…
life on earth

I also like thinking of natural processes as being a form of generative music – eg the processes behind field recordings, sonifications of environmental sensor data, etc… and “human processes” even

I frequently time events (entry, exit, duration) in my music by respiration cycles and had not considered that to be significant because the music is not strictly constrained by breath (like with wind instruments) . I guess that quirk counts as a generative rule governing most of what I do musically

I am going with this:

Self-stimulated system, capable of generating a mutaded version of itself.

This definition makes it possible for me to think of ideas that are not tied to any specific medium, materials or syntax.

Self-stimulated system, capable of generating a mutaded version of itself.

Central pattern generators (CPGs) are biological neural circuits that produce rhythmic outputs in the absence of rhythmic input. They are the source of the tightly-coupled patterns of neural activity that drive rhythmic motions like walking, breathing, or chewing. The ability to function without input from higher brain areas still requires modulatory inputs, and their outputs are not fixed. Flexibility in response to sensory input is a fundamental quality of CPG driven behavior. To CPGs have b...

Makes so much sense to me to base timing events on breathing.

“+/-” is Ryoji Ikeda, isn’t it? Or is there a Stockhausen piece by the same name?

Interesting to compare to Variations I since their intents are completely out of phase – Cage being interested in erasing himself via the system and Stockhausen being interested in crystalizing his own compositional methods into a rigourous system that can self-produce his music without intervenion.

Despite the maybe arrogrant motivations, Stockhausen’s +/- is actually really neat. The score is a great puzzle to put together – we did realizations in my improv class when I was in college and I have to admit now I’m tempted to track the score down and try again…

A page from the score: 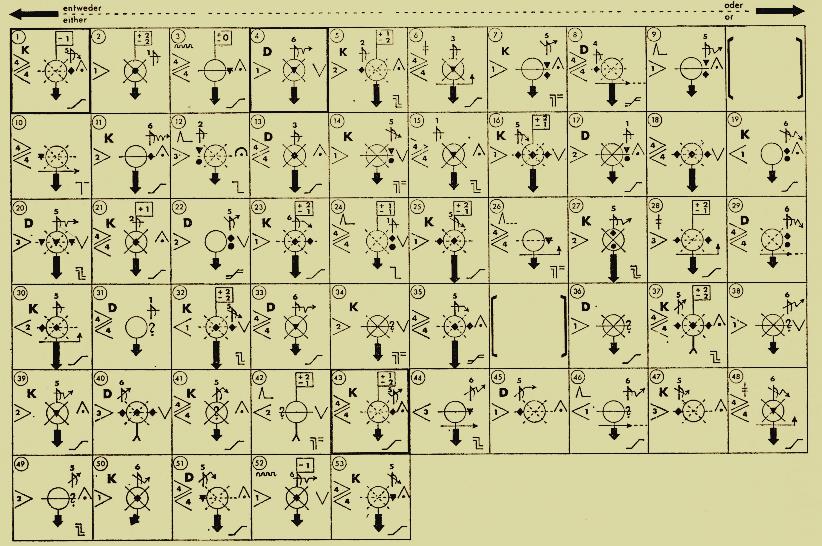