After a looooong time in the making (start-and-stop sort of process, slow development, year-plus vinyl pressing waiting time…) my latest album, turntable drawing no. 16 is finally available for pre-order.

The piece is part of a series of works by composer Danny Clay and artist Jon Fischer—all feature custom handmade records inscribed with various field, instrumental, and electronic recordings; the records are played either on their own or in combination with other instruments.

No. 16 was written for three turntables and electric guitar. I premiered the piece in 2017 with Danny and I’ve been “living” with it since, slowly figuring out ways to realize its peculiarly open score, which amounts to a series of looping fragments with flexible repeat indications. I originally played the piece with a series of pedal loopers, but quickly grew dissatisfied with the result—it was too static, too predictable, too constrained.

Around the same time (and probably, honestly, because of this piece) I became interested in eurorack synthesizers as complex looping systems. What you hear on this record is in part a reflection of that process—“Side One” is mostly a studio collage, done by Danny after a recording session in 2018 with some supplemental granular material I did in 2020 during the first lockdown; “Side Two” is a single-take recording using a euro setup to handle the loops and granulation “on the fly.” We called it the “Live” version as it sounds the most like the piece as I perform it live; Danny’s collage (which still utilizes all of the same materials) had actually drifted quite a bit from the way I heard the piece in my head and performed it, so it seemed best to dedicate a side to each realization of the music.

This being a piece with and about records, it seemed only fitting to press it on vinyl. I’m always a bit ambivalent about the feasibility of such projects for a small indie new classical/experimental guy, but I received the records yesterday and I really can’t argue with the physical presence they afford to the past few years of work, inspiration, and process. 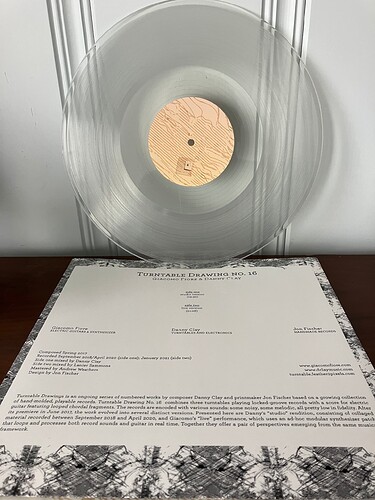 Album is available on bandcamp exclusively; vinyl will ship on 8/26 to coincide with the “official” release date. If you’re in San Francisco, we will be performing the piece and have a small release party at the Center for New Music on 8/27.

everything about this is fantastic
what an incredible process to arrive at this release!

The music is beautiful, Giacomo. (I’m happy I found your bandcamp)

The use of dissonance/release with the guitar in the middle was so satisfying!

The use of dissonance/release with the guitar in the middle was so satisfying!

thank you much! This piece was critical for me to let go a bit, from an improvisational standpoint, after years of classical training and self-doubt. So yeah, definitely a lot of release in that middle section, in more ways than one (and interesting for me to compare the similarities/differences in my playing between “studio” and “live” version, since they were recorded 2+ years apart)

This is beautiful, Giacomo. So wish I could be at the release party.

quick bump to mention that Danny and I will be live on www.kalw.org (91.7FM if you’re in the Bay Area) at 6:30pm or so to talk about the piece and perform it on the air.

woah sick!
thanks for the heads up

last bump, I promise.
today is release day; to celebrate, I’ll be streaming the piece from home on Bandcamp live (free show but it requires signing up for a bandcamp account—also free) at 5:00pm Pacific time. I believe the livestream will be archived/available for 48 hours afterwards. 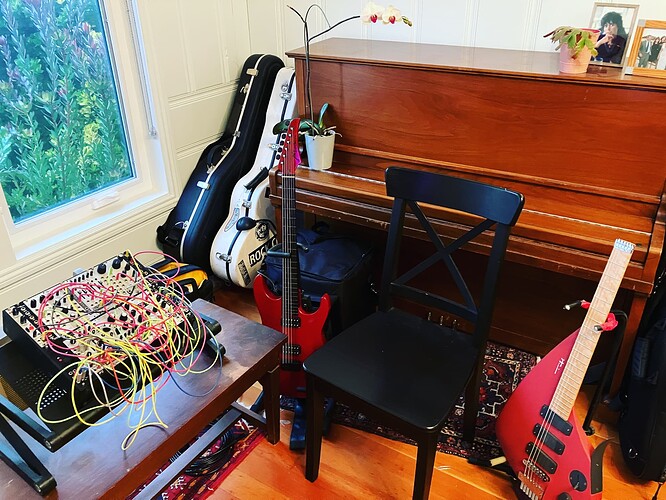