Greetings. It has been a while since I last posted.
I’m running el capitan 10.10
Latest version of serialosc
Uninstalled ftdi
Max 7
Let’s start this off… I pulled my monome 128 out of storage to test it, as I’m selling it as a last resort to make rent :(. I did the basic setup; reinstalled serialosc, uninstalled ftdi drivers, etc… I plugged in the 128 and opened up the gridtest. The 128 was recognized and when connected, the leds behaved randomly almost immediately. Column 1,2,15, and 16 light up completely; while the columns in between get less responsive towards the center of the grid. Some flicker, some pulse with intensity, some stay lit, and most dont light at all. Apps recognize the monome but are completely unusable. The monome communicates with apps but without any user input. Grain fields is especially chaotic. I was thinking it was a ftdi or sedialosc issue but I decided to test my monome greyscale 64 quickly as well. This is where things got weird. The 64 works perfectly fine with gridtest… the app behaves normally and other applications do as well. So it seems like the problem is monome specific. I plugged my 128 into my other computer to test, and noticed the led power up seemed visually “off”… I unplugged and plugged it back in several times and noticed that the grid would sometimes light up in places inconsistent with the normal bus power indication. This, coupled with the 128 specific gridtest/app issues, has me worried. To my knowledge there has been NO liquids spilled on the device… although it has been through travel in a backpack while I was using it heavily several years ago. The 64 may have also sat on top of the 128 for a period of time while in storage. I am really hoping this is not a hardware issue, and I can ship this off to make rent. Thanks for taking the time to read!

Sounds like it could be power related? As in - the grid is drawing more power than your current computer want’s to supply on the USB port.

No idea if that model is one that uses lots of power.

The USB ports on my macbook pro have previously worked with this same monome, and are the ones I’m attempting to use now. The power up led irregularities are repeated on both my macbook and PC. I have not set up the monome on the PC… only tested bus power.

bus power is fine for a gs. if you can post a video it’d help.

also your os 10.10 really needs to upgraded. that was an era of horrible FTDI issues.

we can likely fix it if needed, e-mail info@monome.org

Thank you for the timely response. After work around 1am eastern time, I will test it on another mac with a newer OS and see what happens. Ill also take a video of the behavior on my current setup. I would upgrade but I’m locked into 10.10 atm becuase of other software. Have you seen monome specific ftdi issues before? Very curious how one works but the other doesn’t.

having one device work and another not work is generally indicative of a hardware issue but it’s worth testing further. 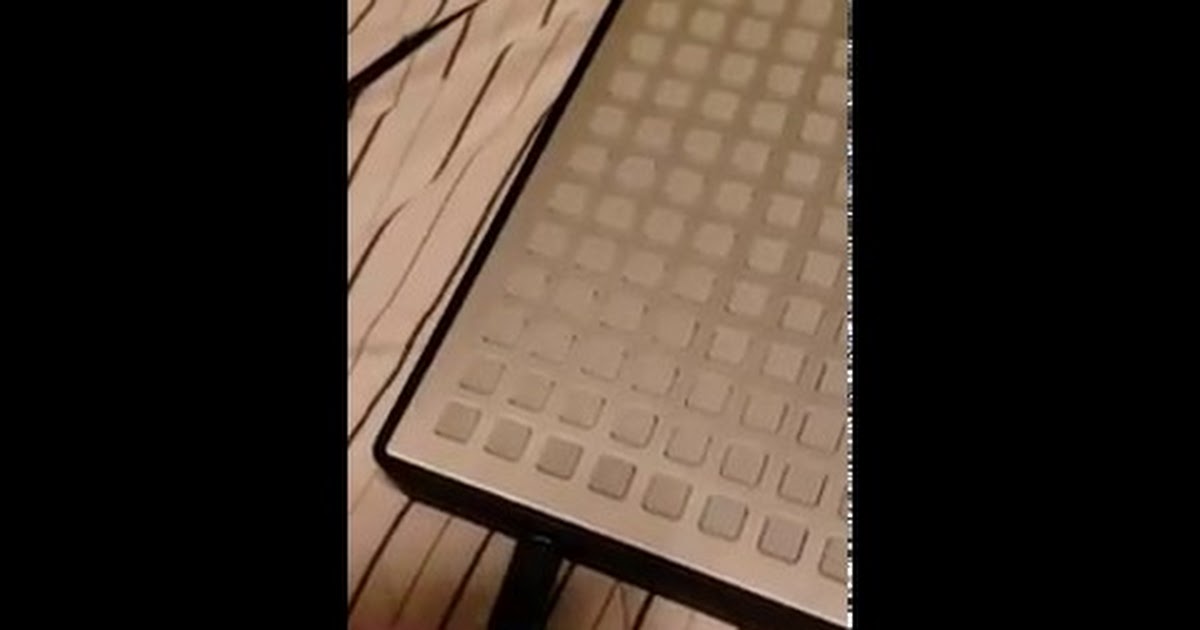 this a link to my monome 128 test with the serialosc gridtest… the file was too large to upload. Sorry for the misinformation earlier, I am actually running 10.11.6 el capitan. I will be testing on another mac running El Capitan shortly.

I have emailed info@monome with relevant info to this thread. Testing on multiple computers showed the same issue, that remained monome specific… the 128 was dysfunctional while the 64 worked flawlessly. We took the 128 apart, looked for obvious signs of damage (none), and repositioned the ribbons… still dysfunctional. At this point, I’m thinking it’s a hardware issue. Maybe I should look into the firmware?

will continue to handle this via e-mail.