Hello,
i just finished my Grid Kit today which is my first varibright-grid so i’m super thrilled by the possibilities it opens up for interaction and information-display. (Hopefully i will find the time to clean up and share a few simple SC Classes for varibright things (at least to excite some supercollider discussion in here which i’m somehow missing (as i’m sure there is a good number of SC cracks around here

…)) but as i’m a few years too late to the varibright party, this is not the topic of this thread but hardware it is.
i’m curious to see how people enclose their kits (if at all). i will definitely give the gaffer tape around it a shot but still i’m curious to see what people come up with.

I haven’t used anything, but I don’t take mine out of the studio.

Electrical tape for me, as its all I had around

mine is black aluminium like the latest grid. looks cool and feels solid, but turned out to be rather expensive. 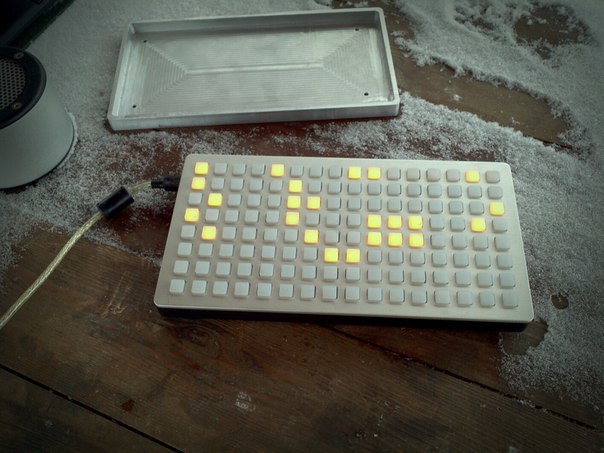 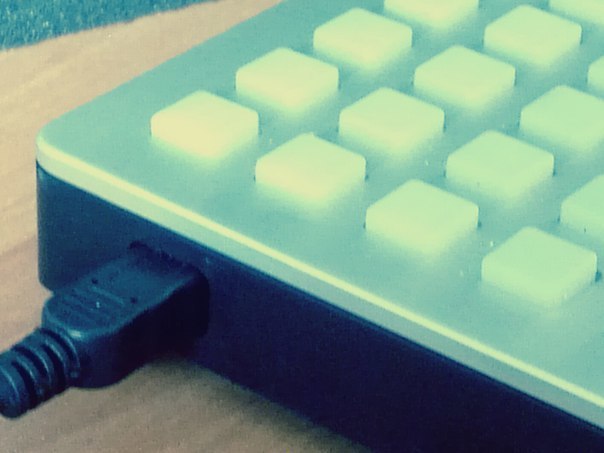 would love to see a pic of the gaffer tape method, as it still sound alien to me

amazing! how did you build it?

i don’t have a cnc, so i just ordered it at a local workshop.

I don’t suppose you still have a technical drawing for the base do you?

i’ve gigged out with mine a bunch and just have used the enclosed case. no problems and not too terribly worried.

No, the workshop engineer did the complete model in a proprietary CAD (Solidworks, iirc). I provided the measurements for USB socket, which turned out to be okay for most plugs. Measurements are in metric units (mm).

That is actually very helpful. Thanks.

I have a 2014 Grid that I put together as a kit but I never got around to making an enclosure for it. Years later, and after a couple repairs surrounding the USB jack, I am really desiring sturdier sides to the grid.

I know this model is a bit dated but is anyone aware of a place I could obtain an enclosure for it? I don’t have any experience with CAD or 3D printing so I don’t think the DIY approach would work for me in this situation.

I have just acquired a 128 grid from @abozzelli and I wondered if anyone had a CAD file for the sides? It is the 2014 kit. I am hoping to get some sides 3D printed as there is currently just the metal faceplate and the black base.

there is no official grid kit enclosure. it shipped with an acrylic sandwich bottom plate, that’s it.

I hoped that somebody previously would have tried to make one to fit with the two plates that I could get measurements from.

I found a monome grid 128 kit near my house but this grid lacks the black rubber chassis I think. From the photos it is like this. Is it possible to buy one to close the underlying part? where is it? 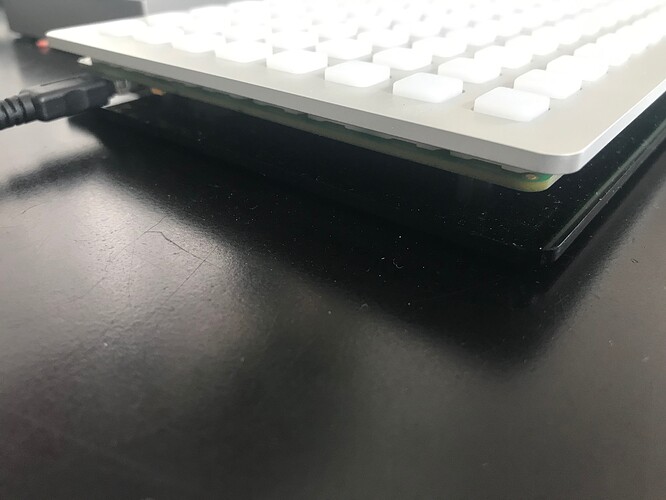 cases are not available, you’ll need to DIY one. this is the reason that the kit was inexpensive.