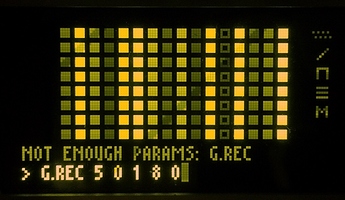 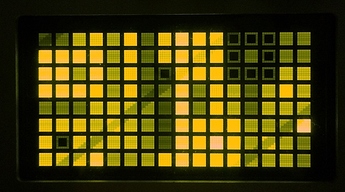 thank you @scanner_darkly this is such a monumental leap

your work on this project is continually surprising & inventive!

yeah, that could be one of the options. this breaks consistency though, and that area is not used right now in the live screen anyway. another option is hiding them completely when the grid preview is on.

Amazing work! The display reminds me so much of a gameboy in your pictures.

I’m for just hiding them in this display. It’s very modal already.

My post regarding the icon position was removed - maybe because I was not clear enough with my view.

As someone who probably would not use grid functionality a lot with tt I would prefer the icons to stay where they are now in non grid live mode.

it was moved to the live monitoring thread but i did see your post. with the discussion on live monitoring my view now is that the grid preview will be just that, and will not have activity icons on it. it will take the top 6 lines (and will have its own icons related to grid specifically), with the bottom 2 lines remaining for live input.

@tehn, I really do think a little communication is warranted.