Some good responses so far. Some focusing on the sound and the feel of Reich, others on the structure or process. My piece is of the latter type - process-based. It’s actually modelled on ‘Twin Bleebs’ by Ø, so it doesn’t sound much like Reich but it is certainly influenced by his methods.

Now gonna dig into the new album from NMO, which has a lot of Drumming in it.

I’m cheating a bit here cause it’s actually an existing recording, I’ll have no better homage to Mr Reich than posting one of the many tracks I recorded inspired by him (including my recent disquiet 0246, also name checking him there)

This one originally titled Electric Bass Phases (and its sister track Stratocaster Phases) are
direct homage to him.

Performed using a 5 string Steinberger Electric Bass.
8 different tracks, not exactly “phasing” as he did, but in a different yet similar way, More in the Electric Counterpoint vein. building up on every pass.

Rain image by Rory MacLeod, used thanks to a Creative Commons license:

The main problem was in figuring out how to do this without having the piece last too long. To solve this I did things a little differently.

This piece is written for string quartet, and all four instruments initially play the tune Happy Birthday in unison in the key of C. The second time through the first violin begins to not only lag the others, but changes the key to D. The third time through the viola begins to lag and changes key, as does the first violin once again. The second violin and cello follow suit the fourth and fifth times through.

To avoid things from becoming an incomprehensible mass of notes, each instrument, at one time or another, takes the lead in an attempt to reign things in, and the viola and cello occasionally play pizzicato.

After seven times through (unbeknownst to the listener) the instruments begin to turn around and head back toward one another, so that one iteration thirteen they are just about there, at which point the piece ends. This allows for a looping, where the tune is played in unison and things start all over again.

If anyone is interested in the sheet music it can be found at www.glsmyth.com/music/Happy%20Bday,%20SR.pdf

Found an interesting interview with Steve Reich in which he talked about the origins of his music. I extracted a short piece of the interview, made a even shorter one for looping and arranged the phasing loops in Ableton. It sounded completely mechanical and boring.

So the Phonogene came to help. I took four 1:30 minute jams I recorded with the Make Noise Systeme Concrete (Maths, Phonogene, Echophone, MMG and Clouds were used) and added them to Ableton loops.

Added and animated EQs, a hint of compression, a final gag and that’s all.

Listened to the whole lot, since I’m among you guys this is hands down my favourite collection. A real pleasure to listen.
Congratulations everybody.

Although Suss Müsik proudly cites Steve Reich as an inspirational pioneer, we admit to a bit of frustration at the way audiences overlook the conceptual depth of Reich’s more emotive works. Different Trains, written in 1988 for string quartet and tape, uses recorded interviews with family members and Holocaust survivors as its melodic framework. Reich creates a parallel between trips he took as a youth and the shuttling of six million Jews to German concentration camps. Taken as a totality, inflections of speech form a beautiful and sometimes uncomfortable coupling, a musical documentary captured as personal snapshot. The effect transcends minimalism into something haunting and didactic (in a good way); even three decades later, hearing the swell of strings behind “But today, they’re all gone” sends shivers up the spine.

In homage to Mr. Reich, this piece uses four marimba patterns played in unison, alternating pauses between bars at random moments. A gently plucked guitar creates the harmonic structure, not unlike the motif in Reich’s Music for 18 Musicians signaling that a transition is about to take place. The guitar is played with a jar of rocks on the fretboard and run through a Boss Terra Echo TE-3. The marimbas eventually reveal a phased loop of birds chirping, which were recorded just outside Suss Müsik studios (the weather today was gorgeous). The piece ends with a single marimba phased at the same rate as the birds’ pattern, everything fading into a metallic sheen of acoustic percussion recorded with plenty of reverb.

This excerpt is part of a longer piece still in development entitled Misophonia. The piece is named after a clinical term describing the negative reaction some people have to repetitive noises like dripping water, chewing gum, the tapping of a pencil, etc. The image is an egg.

this is hands down my favourite collection

Happy Birthday Steve Reich. A tip of the hat to Robert Rich.

Whipped up a special treat for this birthday celebration.

Read the details for the Disquiet Junto weekly and then looked at Wikipedia Phase Music (https://en.wikipedia.org/wiki/Phase_music)where there’s a . Promptly created a 3xOsc 8-note ostinato, extended it four times with a dip on the final note. Then I created another track with the same notes but this time I stretched it to half a beat shorter. Wrapped the two tracks so eventually one track offsets half the ostinato of the other. The rest of the time was spent filters and other mixing. All in native FL studio.

You can get the audio at:

You can get the FL Studio files for the track at: https://splice.com/twocs/phase

Took a while to realise that “for soundcloud embeds: you must have a blank line before and after your soundcloud link. do not use the ‘hyperlink’ functionality in the edit bar. simply paste in the bare URL from soundcloud and it will auto-embed.”

This was my third attempt at the Junto this week. Early on I settled on looping sections recent ukulele recordings, including this cover of the Adventure Time theme.

Something about the waver at the end appealed. Originally I had guitar, bass, drums and percussion backing, but the fluctuations in my timing took attention away from the phasing.

The phasing was achieved with two loops in Live, one a fraction shorter so the two parts drift out of time over the recording. By the end the transient at the head of one loop was getting ahead of the other.

Phasing is a subtle effect, so it’s a bit lost on me but I’ve heard interesting results with these loops and also a percussion part in an earlier draft. Usually phasing is an unexpected outcome and often I experience it as a nuisance in video production.

To round off my track I added a 909 kick and bass line but it still needed something so I used a 303-style preset and Latin percussion. These were meant to complement the loop but compression has meant they’re a bit more dynamic and hog attention from those slight changes in the vocal.

https://soundcloud.com/richardfair/sorry-i-missed-your-birthday-disquiet0249
For this project I took 12 notes, duplicated it to 24 and moved the odd one around a little.
Then duplicating the instrument on Ableton Live I changed some of the settings on the Analogik Waves Easel Piano - a little more or less LoPass cutoff, a change of Chorus Blend. So I had fours version of the same thing. Then I reduced each by a beat and looped. I added an extra Marimba track duplicating the timing on the first Easel Piano.
Finally in the mix I used a Phaser effect slowly changing the Frequency from 70 Hz to 18.5 kHz and the Feedback from 0 to 99.

Spent a bit longer with this today before unpatching my modular - made another track, tweaked the sounds, added two more sequences derived from the sum of the two phased sequences, and then played with the filter / reverb / envelopes / volumes as the track played. 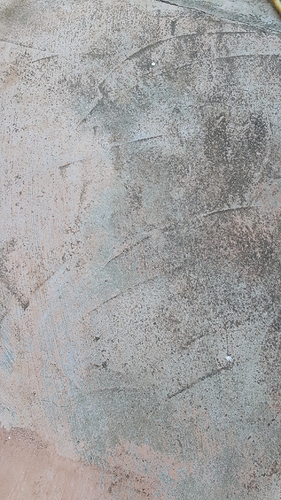 Stones disquiet0249
i took 11 looped samples of stones recorded them all in one track,duplicated the track with some soft minimal track delay on each sample.
recorded this five times,every time with different track delays until it phases.ended up with nine tracks on which all the samples played with different track delays.
added a minimal, more or less random played figure as a counterpart to the stones. no fx used on this track, just a subtle room
happy birthday,Mr.Reich

Made in Logic because I was not at home. Two 808-style drum machines play Reich’s Clapping Music, following his instructions but adding a drum beat. The two are panned hard left and right (this is against his instructions by the way). As the two go out of sync, changing every 12 bars, you start to hear stereo effects. Because I got bored I added some effects which join in, emphasising the shifting patterns that occur.

i would have made it shorter, but Reich specifies 12 repeats of each bar. and this is the fastest that he allows.

The source of “Baldcypress Knees (disquiet0249)” is a 20-or-so second sample from my 2013 track “Baldcypress Trees”, taken from my album “Machines”.The original recording was created specifically with a hat tip to Reich.

It was made in Ableton Live around 2011 or 2012 when I was freestyling, recorded live, and then the recording was edited and layered in ACID so that it would go “out of phase”, but near the end of the composition it would “come back” normally before fading out.I still listen to “Baldcypress Trees” regularly and never tire of it.

For this project, I took that little section near the end where it “comes back” in the original recording and then I take it on another journey with more layers before “coming back” at the end.

i had to be sure to do this one despite really not having enough time and not feeling right through the process. but love me some steve reich so. thanks again for the prompting to create y’all! can’t wait to listen some new stuff from everybody.

it’s funny - a junto that deals with shifting timing was a perfect timing for me, i’ve been working on a firmware mod that was in part inspired by “piano phase”. one take on a modular, the same 7 note sequence being played by 2 voices, and then i speed up one of them so it slowly goes out of phase until it comes full circle. also going through double delay for additional effects.

happy birthday mr reich and thank you for the inspiration.

I didn’t quite follow the Junto instructions, instead drawing inspiration form Steve Reich’s later techniques. This is really a study for a compositional element that I’ve been slowing thinking about for over a year. This is the first time I’ve recorded anything based on it, and it is certainly a bit rough, hardly a finished work.

The source material is just two, 2 bar marimba phrases in 4/4 time. These two phrases are played against each other at various poly-rhythmic patterns: first 4:4, then 3:4, 4:5, 3:4, and finally 2:1. However, the shifts from one poly-rhythm to the next are accomplished not by jumping, but by slowing or speeding up the tempo of one or both parts smoothly. (It takes quite some math to get the timing to work out!) Further, in this work, the loops are allowed to repitch (like tape, so a nod to the Reich’s use of tape loops), and so not only do you get a new poly-rhythm, but also a new interval between the two parts.

An additional metal gong accompanies the start and end of each glide, and a shaker carries the tempo of one of the phrases.

This technique is inspired by both the various phasing techniques of Steve Reich, and a glissandi piece by Richard Borovosky (~1980, trying to find a reference.)