Heinali performing in a bomb shelter in Ukraine

This beautiful set by the brilliant Heinali just live streamed this evening from a bomb shelter in Lviv using a modular system he managed to save from the bombing. Links in the video description for donations to Ukrainian aid organisations. 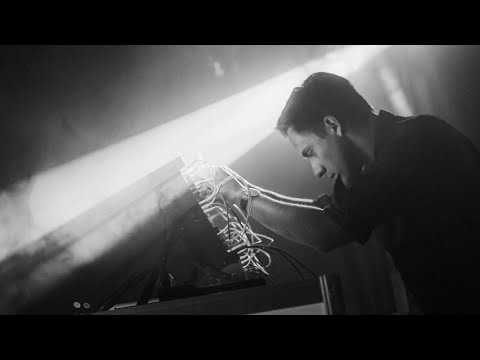 beautiful set, love how the flute-like melody is randomised but almost manages to have a human player feel to it.

Links in the video description for donations to Ukrainian aid organisations.

links in the video to support aid organizations AND to fund the ukrainian national army, which means to buy weapons and ammunitions used in war. i don’t want to judge his personal stance, i’m in no position to do it, but if you support it at least be clear on what the intent is. not everybody thinks that feeding the war machine on either sides of this conflict is a way to build peace.

It’s very important that everyone who donates to any cause is clear what the donation is for. I think it’s a very good thing in this case that the donation links are very transparent and you have the option to donate to humanitarian relief and/or military support according to your own personal conscience. I would say that those of us in countries not under attack be mindful of the feelings of those people doing fundraising and avoid starting a debate on this right now, especially when transparency is being maintained.

yah, i get what you say. i’m a bit worried about this options though, because the humanitarian link is itself an official Ukrainian government controlled one. anyway, as you said, it’s important that there is transparency.

Please avoid playing centrism card on that topic. Ukraine and its people are defending themselves against russian agresor and Ukraine army here is defending the citizens. Putting the equality sign between those two armies serves only the russian propaganda despite if this is intentional or not.
I am sensitive about this topic, but please understand this is not some abstract thing. People are dying there and the only thing that stops russian army from doing even more atrocities than they are doing there is the army of Ukraine.
And it is disheartening to see how many people in the West with “good” intentions are actually pushing the russian propaganda.
What would be your proposed solution that doesn’t involve Ukraine army doing its job? As people doing peaceful protest in the Ukraine are being shelled by russian army.

You should see news from Bucha near Kiev, see executed civilians, raped women and children. The reason why we need weapons is to prevent such atrocities from ever happening again, and to protect our sky so that people like myself and millions of displaced would have a city and home to go back to.

the propaganda machine is beating its drum and no reasoning can be done, we are just required to enroll, as always. not in my name, sorry.