With the Hologram Microcosm pedal in high demand, and with a price tag way beyond my budget, I was wondering whether there are Norns patches that operate in the same ballpark of sound design.

I’ve seen Granchild compared to Microcosm before. Also Barcode is a bit different, but a really fun script.

Suggest trying oooooo by our very own Infinite Digits!

Nothing yet quite like a Microcosm but there are plenty of scripts that can do ‘weird’ sounds. Other than those listed,

Glitchlets is definitely worth a look

Thank you all for the suggestions, will check them out

I’d also say Twine is one of my favourite soundscape devices on Norns. I never use the live input on it (does it have live input?!!!) but things get pretty “ambient textured” using that.

I’m not a microcosm expert, but depending on what you goals are, here-there might get you in a similar neighborhood

Nice, I’ve not seen this before

Me neither. Will have to explore.

Was extremely pleased with this experiment controlling Microcosm with MIDI CCs. The patch on its own is nothing special (random bloops in a major key) but sending the output through Microcosm while modulating a bunch of its parameters, using its reverb, and especially, modulating its preset selection, got me to this magical place. 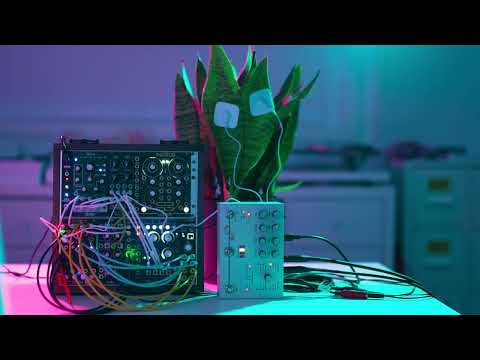 That is really nice stuff. Also, Chord V2 does not get enough love for how great it is.

Yeah, I found using an Korg SQ-1 midi out to modulate parameters has opened a whole new world of the Microcosm.

marvellous stuff. Hope the plant gets a writing credit though!

Got a Microcosm a few weeks ago and I’m noticing some strange behavior. After really sitting down and focusing on it tonight, it seems to just… stop sending my dry signal through the effects of that dry signal gets too hot. Like it’s like “nope, that’s too loud, we’re not gonna let you throw more delay with a bunch of repeats on there”. Has anyone else experienced this?

My solo stuff is ambient so not a huge issue there, but I’m also using it with a punk band I play in and that behavior is really annoying when I’m just trying to crank shit and make things loud haha.

Is it set to instrument or line level? Does it have the most recent firmware?

When I had one my issue was that I wasn’t sending a hot enough signal to it.

In my experience the pedal does seem to behave rather arbitrarily at times and not always in a cool random way.

Which mode did you experience this with? A lot of the glitch modes are tricky. If you’re using something like Interrupt, the wet mix a 100% will effectively interrupt (mute) the entire signal, which is why one may hear nothing even with the mod depth/repeats cranked.

I’ve also found that sound processing largely depends on what mode and timing (tempo or subdiv) options you have selected. Sometimes I’ll get a VERY low signal with mix 100%, then I’ll mess with timing (i.e. switch from tempo to subdiv) and then I’ll get magic. No specific examples from memory, but give that a try if it applies.

I need to double check on the firmware today. Hoping that’s the issue. It’s set to line level and I’m using line levels sources! The output doesn’t seem to be clipping anywhere either.

I believe the last update was in 2021. So I’m guessing if you got it recently it shipped with the most updated version, but worth a shot to attempt a factory reset or reinstall if posible.

I just got it used so I’m really not sure when or if I would have been updated last. Will report back here but it seems to be working better? There’s a lot going on of course and I haven’t tested again on each individual algorithm

I agree, using midi to clock (receiving it from norns, out to Rang III) really opens up the possibilities.