INCONTROLLER: A controller which gets harder to use

I felt that I had to share this. A game controller where the game doesn’t get more difficult as you progress through levels, but the controller does.

There’s a friend of mine in Manchester who’s part of an experimental arcade thing, and they have a bunch of funky interface ideas going on too.

We’ve booked a last minute event this week! So late, we almost forgot to post about it until now. We’ve teamed up with We Throw Switches ahead of our event in Edinburgh later in the month to show off... 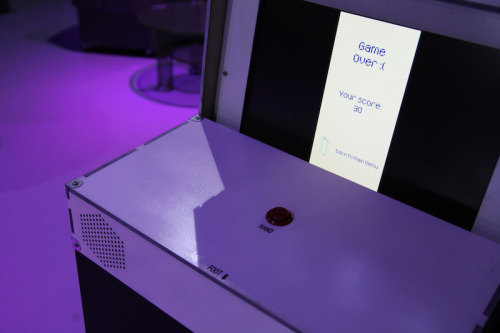 the video is very funny. thanks