I wrote this a while back, so sorry in advance for messy code, but thought I’d share it here since it might be of interest to others. Molisam is a simple mlrv-like live sampler for monome written in C++. Should be fairly straight forward to compile on Linux, and the code itself should support whatever libmonome supports.

As of now, it’s not really written for anyone else than myself and my own use, but if there’s any interest I’ll tidy up the code and am open for enhancements. Let me know what you think! 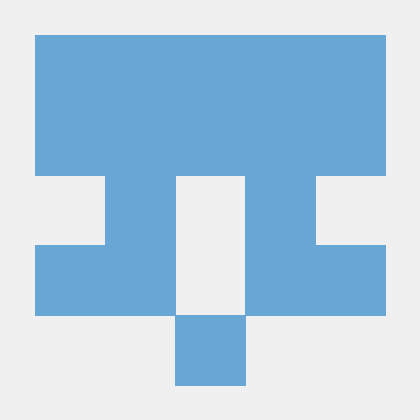 Minimal live sampler for Monome, based on a mlrv-like user interface - AskBre/Molisam

I wonder would this would run on bela? I imagine something like raspbian might struggle. Great stuff. Nice track too. Makes me think of my angel rocks back and forth

ha - yeah also wondering about that, seeing as I have 2 ARM boards lying around here. Might try compiling this on my odroid U3. IIRC the U3 also has a not-very-snappy audio codec like raspberry pi, which means latency might be horrible even if the cpu has plenty of headroom…

I don’t see why it wouldn’t! Would love to see it embedded, but don’t have the hardware for testing – let us know how it goes if you give it a shot.

i really want to try with my new rpi3!

i just dont know how to install –
so i dowload the folder, use something like make or g++ to copile all .cpp from folder and try ./oneofthem?
do i need some deps check or symbolic link something?
can you write a mini tutorial “how to install”?

i am using jessie-lite here, running headless on rpi3 as suggested here:
http://supercollider.github.io/development/building-raspberrypi

Basically you just need to run make and then ./Molisam, but I added a simple readme which kinda covers the basics – let me know if anything doesn’t make sense, and feel free to add issues at github! Dependencies are rtaudio and libmonome – both should be easly to install.

###Molisam has now officially entered beta!
It’s great to see interest in the code, so I’ll keep on developing it, and will first of all make it more accessible. Expect to see configuration options (sample rate, buffer frames, number of inputs, etc.) being set through command line arguments, tidier code and possibly even a demo video of the UI by the end of this week.

Further down the road I want to extend it with more pages where volume for each sample can be set, and maybe some input-monitoring. It will always stay light though, so no GUI. I’ll also make some precompiled binaries for Linux (64bit) and OSX for easy download soon.

But there’s no beta without beta-testers, so please do test and break and come with suggestions for where the development should go!

Really enjoyed the performance! Not much time to check out the code right now, but I can only hope to encourage you to keep working on tools that enable great musical performances like these.

works on my machine! And README instructions clear enough to figure out what it does/how it works. I sent a pull request with some changes to the makefile…

Seems sometimes a button on one of the six topmost rows was getting ‘stuck’ but I can’t reproduce it reliably so far. Would be awesome to integrate a sample-cutter/sound-mangler like this with my (finally) emerging setup, but also planning to explore lines on aleph a bit more before adding another device to the monster…

The topmost rows and buttons are literally using the exact same code, so if only one of the buttons glitch it sounds more like a hardware problem (one of mine have always been really hard to press, but after three years I still get surprised each time I try to use it live…).