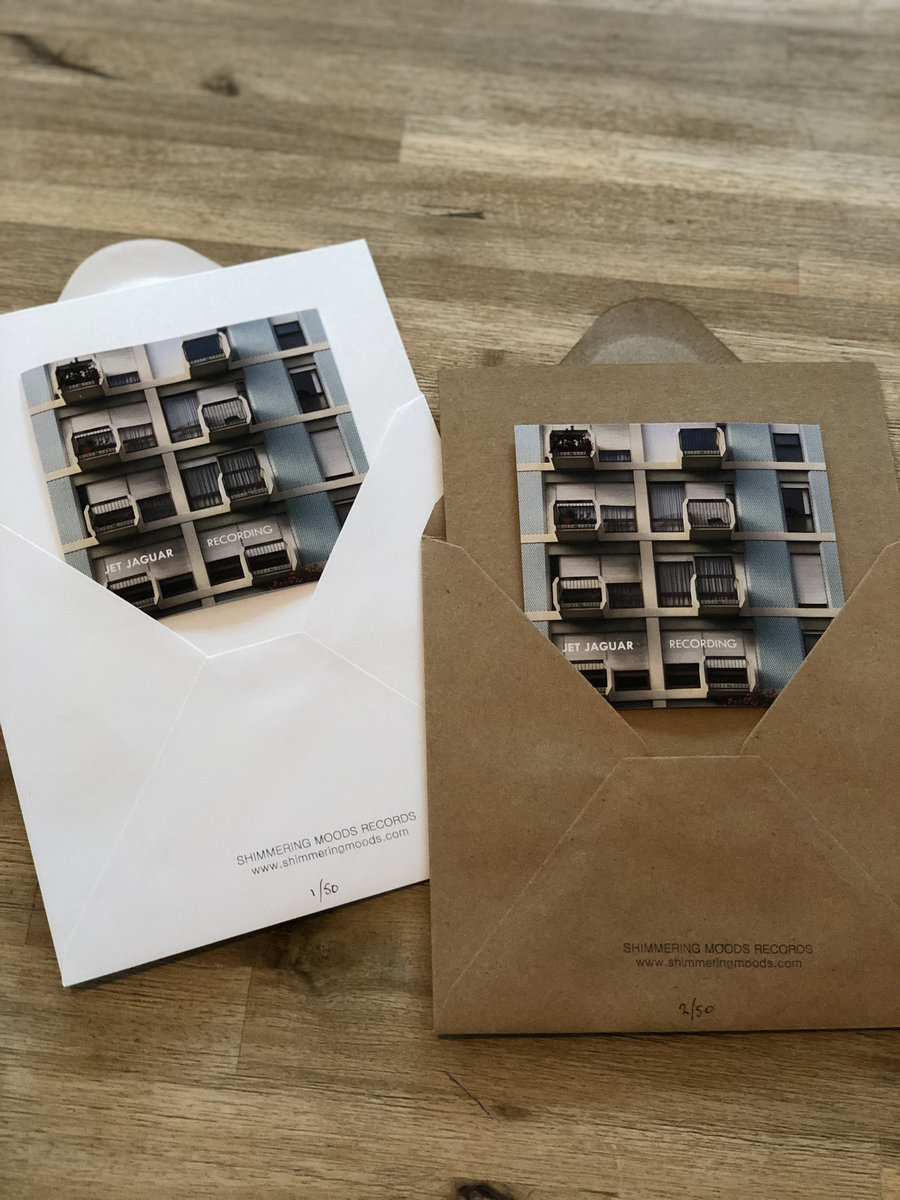 Recording’ is my seventh album as Jet Jaguar, and I’ve continued in a direction I’ve been heading for the last few years: using recordings I’ve made, often while travelling, as the starting layer of each track. Track names like ‘Vanuatu, With A Fridge’ and ‘The Wash’ are referring directly to what I had recorded. Yes, appliances feature in both.

I made this set of music during a period of big changes in my life and I think it reflects a need to have some stillness. The album has ended up further down a strictly ambient path than I’ve gone with my solo music before. This got me thinking of the other meaning of ‘Recording’. Putting out music is like “making a record” in the non-musical sense. (“Let the record show”, “this is on the record”, “a matter of public record”, etc.) It is documenting that something happened. You’re probably only going to pick up a sense of shifting musical interests or directions. But for me it’s like a diary - listening back over decades of music, I’m reminded of what was happening in my life, sometimes through the sounds I used, sometimes just recalling where I was when I made the music.

It was written over a period of more than 2 years. Really stoked how this tiny run of CDs looks, now it’s finally out.

It’s 100% Audiomulch, probably the last as I’ve spent the six months getting deeply into Bitwig.

I know lots of people like Kaivo and Aalto - the second track is all Kaivo convolved with a recording of short wave radio.

Very happy to dissect anything.

I’ve got a small number of codes - if you’re keen DM me.

Hey, I remember you from rec.music.industrial and/or idm-l. This is cracking stuff.

Ah nice one, yeah idm list it will be.

Bit scary to have been talking smack about music online for 25 years now!

I found this on Bandcamp earlier today and didn’t realise it was Lines folk. Congratulations, I really love it

ha i love that “Linesfolk”

8 CDs remaining. If you want a download code lemme know. Thanks!

Less one CD I just bought

Hi all, I’ve still got 5 codes sitting here, so may as well share them with you fine folks.

I took this one. Many thanks! I’m looking forward to giving this a listen!