hello, i have a new recording out (or up for pre-order anyway) now on dauw in ghent, belgium.

its called L+
two summers ago, when i got home from a short east coast tour, i started working on this. i was revisiting some non-musical artistic ideas i had when i was younger and going really deep into writings on stoicism at the time and as i wrote and recorded this material, i had seneca’s letters on ethics and epictetus’ enchiridion right next to me. as i considered the choices i was making with the sounds you hear, i was also pausing to have a think on the things i was reading. each track corresponds with some maxim found in either copy i had of each book (ie S26 = seneca, pg. 26.) the first piece and last piece are based on a two part axiom, and so both pieces are connected sonically in some ways, as two ends of a piece of tape might be spliced together. 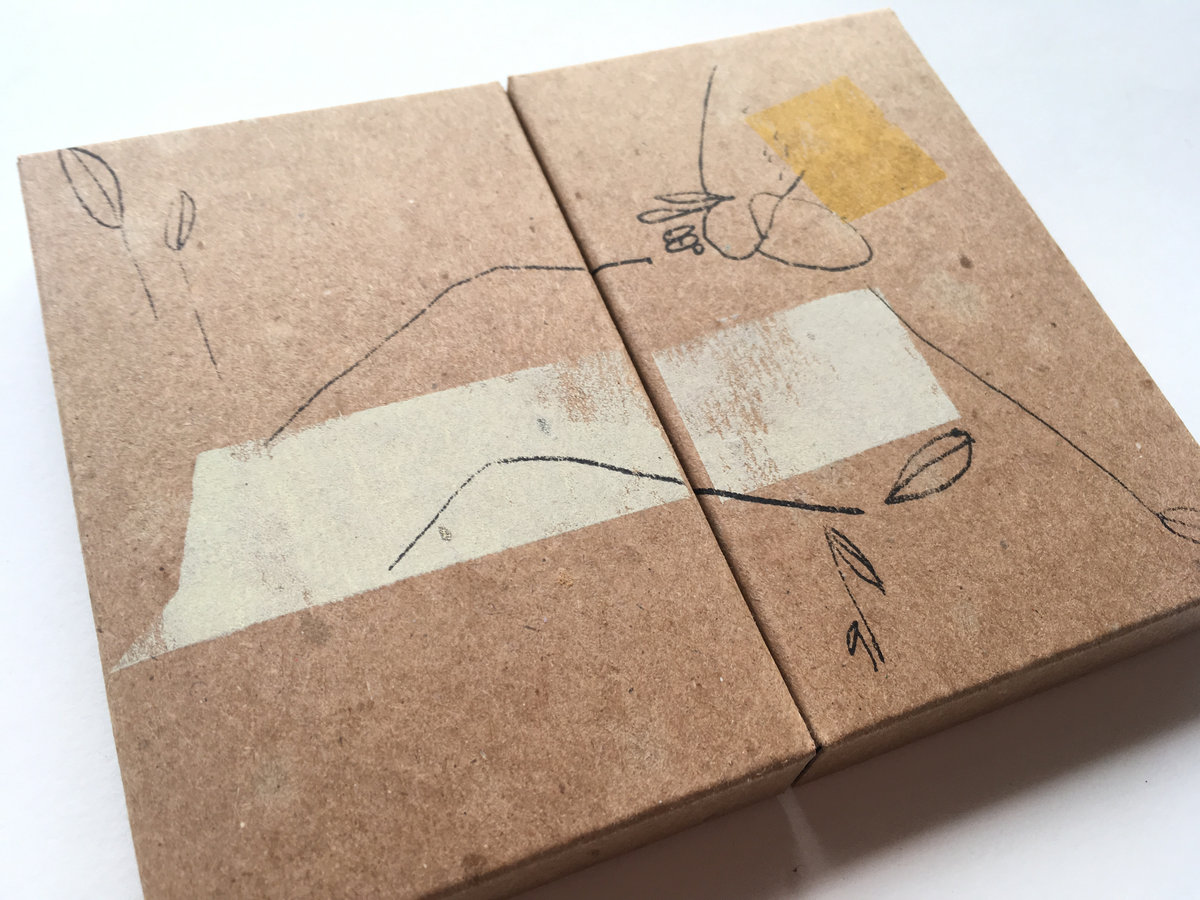 per usual would be v interested in what kind of sythesis tecniques went into the tracks, any common threads, etc

excited to hear the release when it comes out josh !

Looking forward to the album. The connection to literature adds dimension as a listener, thanks for sharing those details. Enjoyed that with Barque of Phosphor and The Symbiont.

@andrew thanks! a lot of the things we’ve discussed elsewhere come in to play here for sure, but a big part of this is a generative environment with limits. think of a farm, or spinning plates. the activity can vary second by second, but there are definitely non-elastic boundaries that i defined (ie how many animals in a pen, how many plates spinning simultaneously, etc) — doing as much as possible with as little as possible is a thread for sure…and lots of patience…

@Jonny yeah man, thats a good call, and i’m glad you pulled that thread, because i don’t think thats always something i think about. even though i make music with no words, my lineage is def one of words, so everything i do, in some capacity, is directly related to the communication of very specific ideas (though those are interpreted any number of ways by the listener, just as one might interpret lyrics their own way.) i had initially considered titling things word for word from the texts, but then thought maybe that won’t mean as much as perhaps spurring others on to dive into the subject on their own and discover their own treasure.

absolutely gorgeous preview tracks. wowowowow, josh. so stoked to dig into the work as a whole.

curious about the saturation effects at play here – is this all just masterful use of Quantum Rainbow + filtering?

non-musical artistic ideas i had when i was younger

reallllllly curious about this. if these weren’t the maxim -> art approach, what were some of the ideas? how did they manifest in L+?

there is some filtered noise going on (which is more prevalent on one of the tracks thats not currently streaming,) but perhaps one thing you might be hearing is just the noise floor of the pieces itself. i have this tendency to record things very quietly and then later when things are processed or mixed, a lot of that
noise floor comes with it.

i imagine that most of us here (and really most people involved in any artistic pursuit,) have at some point in time had other irons in other fires…writing, photography, painting, etc…and, i also imagine most people in these areas have early work or ideas that, upon reflection at later points in time, seem elementary and not noteworthy compared to where they might be (or how they are working) now. on that short tour i did, i was able to reconnect with some people i had not seen in 10+ years, and was reminded of some of the things i had explored while i/we was/were in school. i thought more about it upon my return and realized that while i still didn’t value the work itself, the underlying themes and motifs (especially these ideas on ethics) were very much in line with areas of contemporary interest and perhaps they deserved a retrial in a different medium. rest assured L+ is a piece of work that, to paraphrase eric march, is not the city built on rock & roll, as jefferson starship suggests…but rather on the previous bizarro underground version of said city. (imo, anyway)

@jwm just had a chance to take a more in-depth listen this morning… a stunningly beautiful release.

any chance you’d care to share a bit about the sound sources, how you generated harmonic/melodic information, processing/looping tools used, and recording process?

bumping this for a sec…in case anyone missed them the first time around, i have a very limited amount of copies of the cassette up now on my bandcamp. thanks!

Listened to this a few times and I’m really digging it. Puts you in the right headspace from the beginning and stays in that pocket all the way through. It just feels effortless. This album is officially in my reading/working/meditation rotation. Well done.

Going to have to keep my eyes open for the companion books also. Meditations is the only stoic literature I’ve had the opportunity to peruse at this point, and I certainly enjoyed it at the time.

I had the pleasure of playing a show with @jwm in Gent befory the holidays. Not only does he make beautiful music, he’s also a super nice guy.

Of course I brought an L+ cassette back with me and listened to it (and the digital version) a couple of times already. Totally dig the whole aesthetic and the interplay of the individual sounds. Organic, rich and peaceful. A truely great release.

thanks all for the kind words and the support, i’m glad hear that its resonating with people!

@toomanatees here is the exact letters on ethics text that i have, if you are interested. the page numbers will line up exactly. would be interested to see what others might pick out, and how closely it might line up with what i extracted on my end. 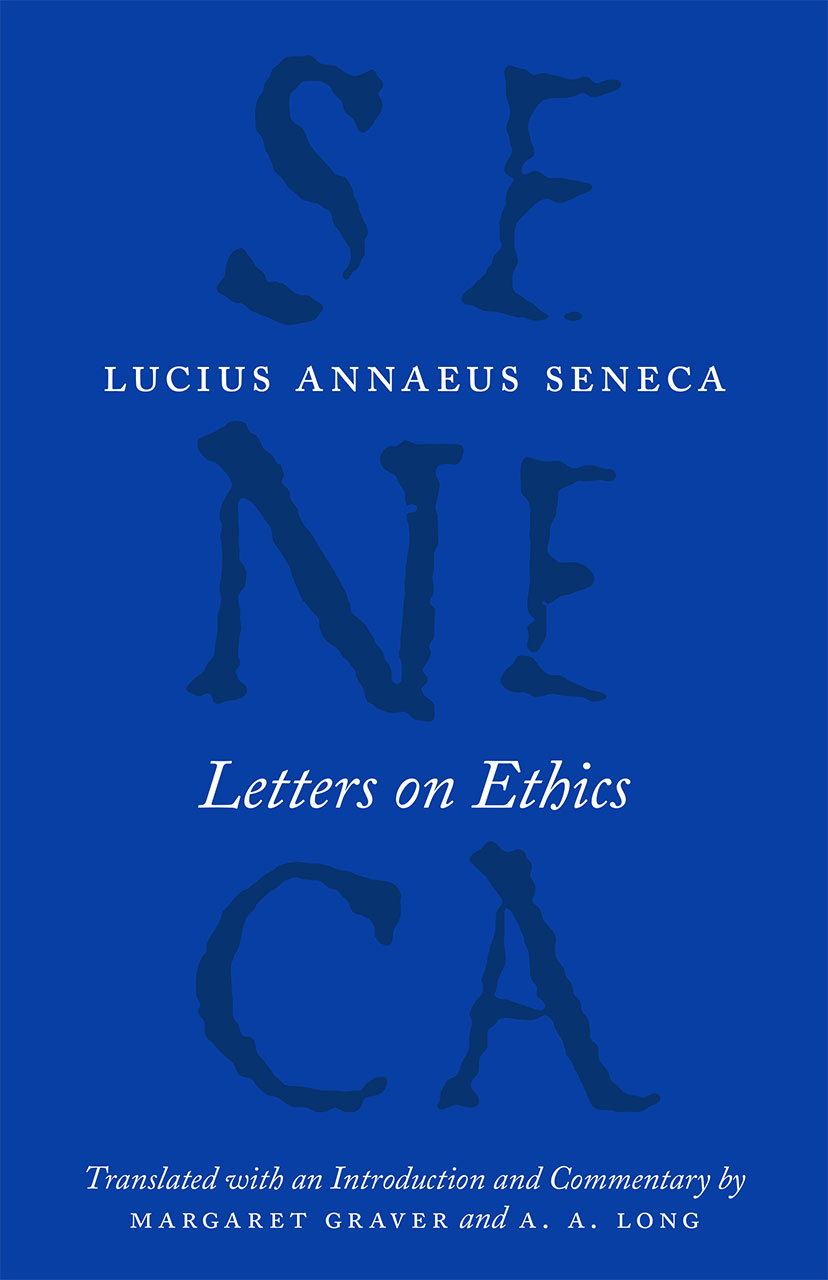 The Roman statesman and philosopher Seneca (4 BCE–65 CE) recorded his moral philosophy and reflections on life as a highly original kind of correspondence. Letters on Ethics includes vivid descriptions of town and country life in Nero’s Italy,...

unfortunately, i no longer have the copy of enchiridion i used in my possession (and it was quite old) so i don’t have an ISBN number for you there, so…i’ll just leave this here to make things easier…

Never say about anything, “I have lost it,” but only “I have given it back.” Is your child dead? It has been given back. Is your wife dead? She has been given back. “I have had my farm taken away.” Very well, this too has been given back. “Yet it was a rascal who took it away.” But what concern is it of yours by whose instrumentality the Giver called for its return? So long as He gives it you, take care of it as of a thing that is not your own, as travelers treat their inn.