Juno in the UK have it listed with an option to be notified when its in stock.
£24.99 if your curious. 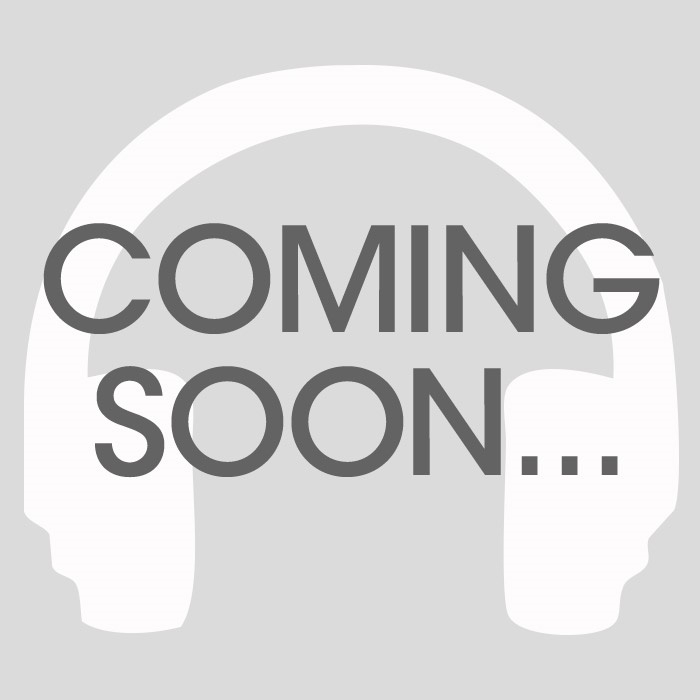 Folks in the EU (not UK), can get it via SchneidersLaden now.

Man, this has been such a meaningful release for me thus far. I’ll tell you why:

Thanks, Josh. Another really beautiful collection.

second printing arrived today, a week ahead of schedule. once they are inspected and assembled over the weekend, they’ll be on bandcamp monday (10/4) morning. should be enough to go around this time! thanks everyone very much for your kind words and your patience, it means a lot.

Sounds great. I was wondering if, in the book, you talk about how you recorded/assembled everything to make final tracks? For example, I’m getting some tape loop vibes–was the modular a jumping off point in a larger process that incorporated more techniques?

thanks! final track assembly isn’t really covered in any great depth per se; the book mostly just “shows the work” and the tape aspect of it was integral in the weekly processes and not after the fact. tape in the instances it’s utilized seemed analogous to the doepfer focus with regard to a simplified scope of possibility i.e. it wasn’t a dsp box that could do any and everything in the moment, if that makes sense…

@jwm i have a question or two:

Will give this a listen soon but just wanted to say that I love the minimal cover artwork.

@mattlowery
i think i did, yeah - in the sense that i set out to learn/capture anything at all. depends on how you might be looking at it, but i try not to think of it in terms of “good” or “successful” exactly, i leave that to the listener. more so i think on the criteria of “were the findings submitted, y/n” because when i started, i didn’t know what the end result was supposed to be really. there were def some educational moments from a hardware pov, and even now i find myself looking back at aspects of it and think “well hell, x thing could have done y function” and this is after a year of staring at the thing, which i think goes to prove (one of) my point(s).

i think the main takeaway for me was a bolstering of leaning into the method, in spite of it’s madness. which is also applicable to more than just the hardware’s use cases.

i didn’t, no, because that was a big part of the endeavor, a singular focus. perhaps not unlike the texting while driving analogy. i probably could do it with some degree of success, but i just really wanted to get where i was going in one piece.

in other news, more books are up on bandcamp. thanks!

in other news, more books are up on bandcamp . thanks!

i had set my alarm to remind me to check for this i am so excited to read the book!

They must have sold out quick!

Ordered one from SchneidersLaden. Great music and the book looks awesome! 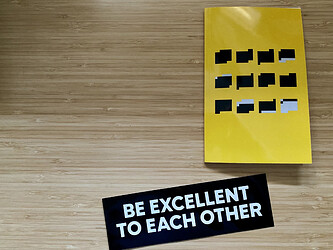 Here is my expanding Josh Mason collection with an optimistic empty space for a future L+ cassette (2nd edition??).

Inspiring work… I appreciate learning from your process in the detailed specifics of tools, patch points, and the thought process and reflections. This also reminds me of the concept of music composed as a teaching or practice tool. It’s a natural match for eurorack.

I’ve been interested, but never motivated to take detailed patch notes, but this really helps me see the value … and the format to use.

Without the guidebook, I’ve been enjoying listening to the CD in my car. I keep thinking I’ve had the fortune of unexpectedly tuning-in to an unknown frequency on the radio and delicately holding the position of the receiver to maintain the signal.

glad to hear it’s resonating! yeah coming up with a set format definitely took some time (and as you can see i didn’t have a handle on it at the start) - i had hoped to come up with a framework that would be easily applicable to any future applications without having to change the logic after the fact.

also, i wouldn’t hold my breathe for a second edition of L+ - fairly sure that ship is sailed, but perhaps future work will be of interest

I now have my copy ordered from Juno, brilliant stuff, a great package

just a quick bump here to say that the 3rd (and probably last?) batch of copies are headed to europe soon, and now with 100% more What This Thing Is 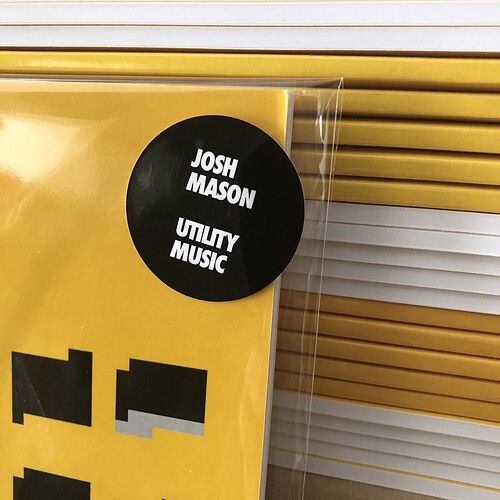 also, want to apologize to australia folks who have ordered…looks like us > aus mail is still suspended due to covid, but i haven’t forgotten about you!

Any chance there will be another run? Would really love the literary accompaniment to this album (which I just stumbled upon). Loving this album…