I’m having a hard time finding a reasonable upgrade to using my Microbrute as a keyboard. I want more keys and aftertouch, and I don’t need a bunch of sliders and knobs otherwise, as it’s just going straight into my eurorack setup. Trying to keep the weight down as much as possible, as I mostly play in small groups. Any amount of CV IO would be amazing. Not too concerned with key size or action.

It seems like this isn’t much to ask for – but when searching around I’m finding nothing that fits these criteria. Might expand my search into vintage synths or something, but my main concern is still control, not the built-in sounds.

Would love to hear what keyboards you guys are using!

I searched long and hard and decided to settle for a 49er.

I got mine used off Reverb.

It has knobs and sliders, but it’s a really nice keyboard:

The KeyLab series by Arturia combines the pro build quality of a classic synthesizer with the vast amount of control needed in today’s digital environ...

Thanks for the recommendations!!

I just picked up the CME XKey LE + MIDI XCable. I like it, but I don’t love it. Does anybody have a portable keyboard they love?

As far as the XKey, a few pros and cons: 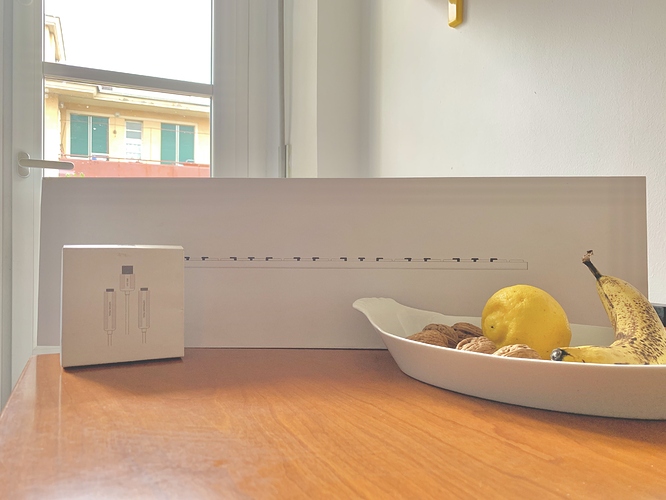 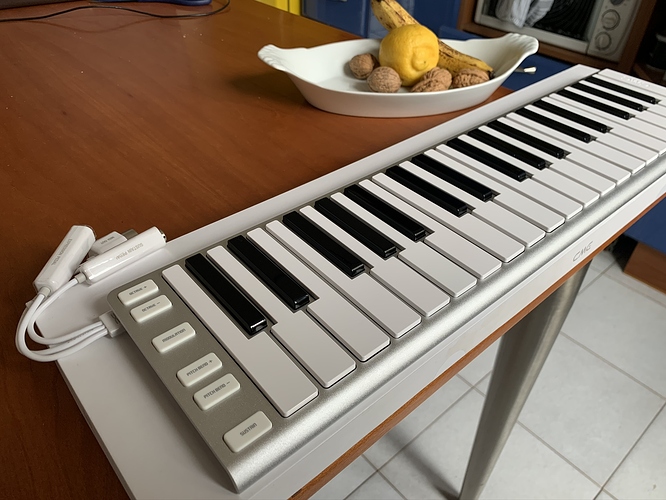 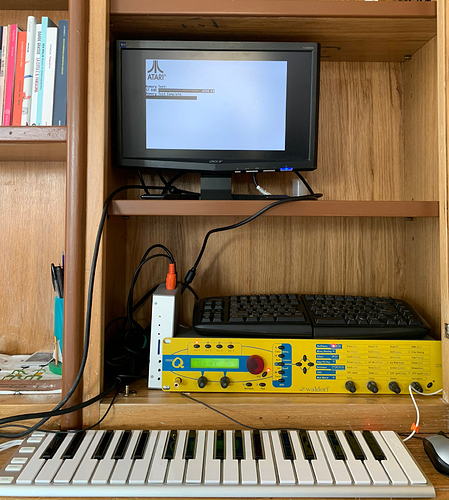 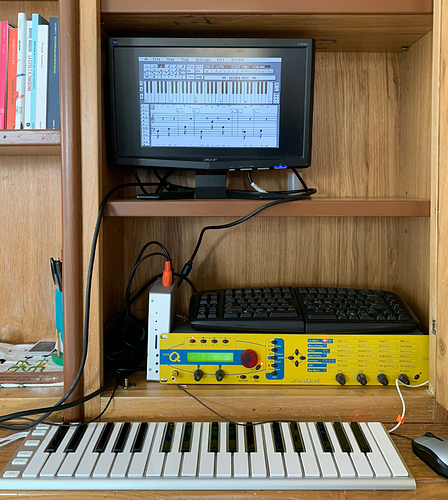 Anyone have experience with the Arturia Keylab II 61?

Looks pretty well featured for the price. It’s for using with Ableton.

I have the 88 MkII and love it. Getting it setup is a bit finicky (until I figured out the settings in Ableton and the included config app the transport controls were just sending midi notes, but it’s working now), but once it’s there you’re all set. The feel is second to none (although the 61 doesn’t have the fully weighted keys) and it seems much better constructed than my Komplete Kontrol which I replaced with the Arturia. Any specific features you have questions about?

There’s the capacitive/touch key route geared towards modular - Sputnik, Verbos, Future Retro, Keith McMillen. I’ve messed around with the Verbos in a shop. Very nice, limited of course compared to larger more traditional key/midi controllers. The capacitive touch is a bit odd to get around if you’re used to traditional keybeds. Works amazing for pads or sort of expressive playing, but not so great for staccato or quick runs for instance. Plus, sweaty fingers can effect the play so if you’re playing live and need tight response, probably not the best. I believe the Sputnik and Verbos are supposedly very similar.

The Future Retro 512 is a capacitive touch controller that sort of tries to bridge the gap of more traditional controllers and the modular key controllers. Has a great feature set, light & portable/fits in a rack, has CV I/O, Midi/CV, arp, sequencer, etc. I had one for a while and I liked it. Went down the generative sound generating rabbit hole so it became kinda superfluous and sold it. Out of the capactiive touch keys I’ve seen, this is the best. Though the color scheme is a bit much for some and the PSU plug in on the face is kinda annoying at times. Also, a tad pricey but it’s a boutique kinda company and a boutique kinda instrument.

Haven’t had any exposure to the Keith McMillen. And off the top of my head, don’t know what it’s CV abilities are.

Arturia’s Keylab are solid for what they are. I’d second what others have said. A little finicky to get up and running, but once it’s programmed, very solid. Though it sounds these might be a bit overkill feature-wise for you. Their Keystep are kinda the king of cheap(ish), portable plastic midi controllers. Also, I’ve never used the CV function in the Keylab, so can’t comment on that. I see the Keystep and Beatstep being used very heavily with CV/modular setups, so it must work to some degree.

In the vintage realm, the Fatar controllers are fantastic for playing. Though I don’t think any had CV. Great action and feel. Though you need to find one that isn’t beat to death or who’s only need is a good cleaning. A bit clunky to be hauling around compared to a lot of other stuff out on the market now.

One of my collaborators is looking at it, and I thought it looked pretty good for the cost. The 88 would be nice but is a bit out of her price range.

Does it feel pretty durable?

It feels really durable to me. It’s all metal construction for the shell, and all the faders and pots are solid with little to no wiggle. I’ve accidentally banged it around moving it and it did more damage to the wall than the keyboard itself. Overall it feels very high quality.

When I take the cv output and run it into v/8 input in any of my eurorack modules, the pitch goes way off within a whole step or two.

Anyone else experienced this? Any solutions discovered?