10 years ago i released my first solo EP called Pocket. It was released on cassette with an included download code. Today as a 10 year anniversary I am re-releasing it for streaming. I am also after a full decade finally ready to release my full length debut album as a solo artist (fun fact: still only 4 songs but they are longer in length) so it seemed like a good opportunity to re-release the previous one.

One thing I found really interesting when I was reflecting back on this was what the process was like, as I didn’t really have any studio gear. My instrument were acoustic and electric guitar with some distortion pedals going into Ableton Live played as a live instrument setup, controlled with midi controllers. That is still sort of the case, except I have mostly changed the guitars to a Linnstrument 128 and the controller setup is now a combination of different controllers (They Grayscale 64 is still in use though!) and a big custom controller system I made in Max. Plus a lot of Max instruments and processes.

On this EP though the first three tracks were recorded live to a small stereo recorder. The last track was made by recording acoustic guitar into the internal microphone on my old Macbook and then processed in Ableton Live and combined with a field recording. Pretty DIY workflow you could say. A decade later I am surprised the EP sounds as good as it does!

I made an announcement video going into a few other fun facts as well like how when I recorded one of the tracks I had to have an audio cable down my pants to stop the setup from making noise. The apartment had a grounding issue… 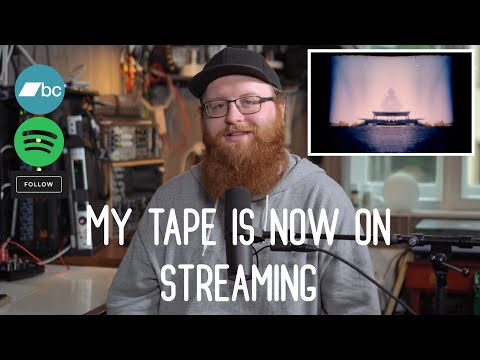 Some Bandcamp codes for the lovely people at Lines.
Give a heads up which one you use so I can cross it off

Hope you enjoy it!

Haha yeah the constant need to fix situations!
Thanks for listening!

Can’t wait to give this a spin

I’m listening on Apple Music and really enjoying this!

Thank you so much @glia ! What a wonderful thoughtful reply! Really appreciate it!

Took this code and listening now while I work. It’s a trip and sure doesn’t sound like it’s 10 years old.

Really appreciate the description of the recording process and will definitely watch your video tonight. Thanks again!