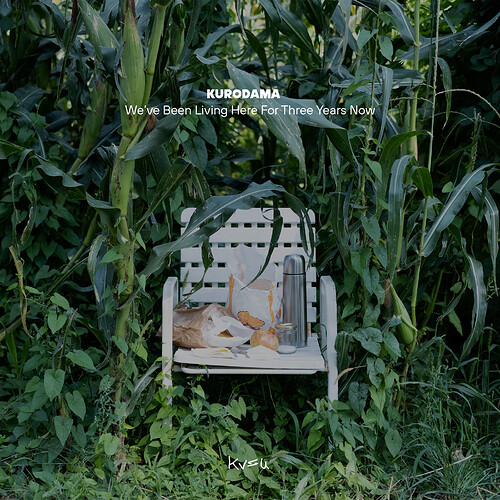 Releasing this mix I have done some time ago for Sonic Sound Synthesis. A sonic collage of recordings from the last 3 years of my life.

Three years ago we decided to move to the countryside. Over these three years, we moved three times, dwelling in three different houses, one of which we renovated and made what we currently call home. I’ve never understood why people collect things. But to a certain degree, I probably do as well, but instead of physical objects, I prefer to collect sounds. Sometimes these sounds originate from nature Other times from humans and human artefacts like cars, household appliances and synthesizers. This set is a diary of random moments, a collection of fragments, from these three years."

A slighly longer text about how and why I did this.

All of the audio in this track has – one way or the other – been spontaneously collected along the way. I often make recordings, when I hear something that I find interesting, or I’m in a situation that I somehow want to preserve a sonic memory of. Sometimes I have a proper portable recorder with me, other times I just use the phone.

My use of the modular in recent years has often been directly related to the design projects I have worked on. Most of the material I have recorded was born out the need to test a specific module. Sometimes though, I also use the synths to just wind down after a long day of work, or to help me with sleep.

Rarely the musical materials that come out of these sessions are deliberate compositions. Rather they are serendipitous, sometimes aimless explorations. Sometimes these erratic sonic wanderings bear fruit and the modular starts to make sounds I find interesting. In these cases I take a quick recording, much in the same fashion as when doing field recording.

All of these materials form a body of sonic snippets that get catalogued and archived on my hard drive, in the hope that they might one day be turned into something else.

The piece formed slowly over the course of these 3 years. Occasionally I would sit down and attempt to create a track out of the various modular snippets. Over time an idea took shape: to stich them all together into something bigger and include field recordings as well. Then when @DoS asked me if I wanted to make something for Sonic Sound Synthesis, I knew that it was the perfect outlet for this endeavour of mine.

First of all, to my family. This is dedicated to them. Not only because they appear with their voices and with their sonic presence in many parts of this piece.

Big thanks to @DoS not sure I would ever have ever finished this without this very concrete goal in front of me.

I would also like to thank @mqtthiqs and @jlmitch5 I interviewed both for my blog horiztontalpitch.com, and some of the things they told me in these interviews where kind of eye-openers to me. The kind where you think: “that’s so in line with what I want to do, just that I didn’t know it yet!”.

The idea to treat synthesised sounds as raw sonic material and later combine/mangle/layer it into something else, totally comes from these two musicians.

Two further inspirations have been Herbert Distel’s Travelogue and Kate Carr’s I Ended Out Moving To Brixton. Mostly for their subtle, abstract narrative quality, and because both pieces really manage to take me on a sonic journey as few others do.

I hope you enjoy it!

Big thanks to @DoS not sure I would ever have ever finished this without this very concrete goal in front of me.

It was a very great pleasure having you do a session for Sonic Sound Synthesis, and I’m delighted to have helped in some small way with this immersive journey.

So glad that that conversation was useful to you, definitely appreciate all the conversations we’ve had over the years, excited to dive into this!!

Also listening to @mqtthiqs’s music (specifically a year of time) did a similar thing for me. Great intersection of exploring and experimenting with sound and tools but trying to make stuff that is interesting and enjoyable to listen to in the process. That has become one of the biggest overarching goals of my music making.

I listened to it yesterday at night. I’m amazed how you managed to mix those different moment into one cohesive work. It’s a beauty of work.
Wishlisting it for the next Bandcamp Friday

Thank you very much for your kind words! Please no need to hold on to it until Bandcamp Friday (not sure there will be more btw.) I’m totally ok with you just downloading it for free if you enjoy it.
I originally had planned to release this on Friday, because it was ready. But I held onto it, because I really just wanted to release this as a free download.

I don’t have to make a living from my music and in general, I think I’m in the lucky position of being relatively well. There’s a lot of people who need money much more than I do and organisations who do great work, who can put money to good use.
So, maybe instead give it to them?

Some people already bought this album, which I have to admit feels good, because as much as money is this weird thing, it still means that somebody thought they would rather spend their money on it than on something else. But I think that, for the above reason,

I’ll pass this money on to some charity.

I realize I could have been more specific about this in the first post.

So glad that that conversation was useful to you, definitely appreciate all the conversations we’ve had over the years, excited to dive into this!!

And I’m definitely looking forward to this carrying on in the future!

Such a nice track, you will make my day for sure

Thanks Hannes for sharing this, it’s playing here for a second listen this morning and I’m enjoying this “sonic diary” format very much. I love the cover design too!
So glad our exchanges have brought you some inspiration; I remember writing for your blog and laying down these ideas for the very first time, it definitely also helped me refine my own thoughts! (what cannot be formulated clearly doesn’t really exist, I think)
Anyway, congrats and thanks again for the nice music

I love the cover design too!

It’s a photo my wife took when we picked the potatoes last year. I have to admit that I picked it because I just liked it, but it also represents some of the aspects of living here in this specific place in our specific situation.

I remember writing for your blog and laying down these ideas for the very first time, it definitely also helped me refine my own thoughts!

That is definitely real! In fact one of the things I was taught several times over the course of my studies is that you always have to write something down to be able to fully form the thought. So, I’m glad the interviews could help you on your artistic journey!